The high-stakes games of Los Angeles real estate apparently has some eyebrow-raising moments — but the local agents seem to be accustomed to taking it in stride, mostly.

According to a piece last week in The Hollywood Reporter, a simple property showing can lead to sticky situations.

“I don’t usually stutter — but I did that day,” said Westside Estate Agency’s Stephen Shapiro in the article inspired by a recent real estate agent-focused episode of HBO’s awkward Larry David comedy Curb Your Enthusiasm.

Shapiro lacked a clever comeback after he was told no one was going to be home for a previously agreed upon showing, but found the master bedroom, door suspiciously secured.

“I got into the house with the other broker and client, and when we got to the master bedroom the door was closed — but I was told no one was home. Well, when I opened the door, the guy was there with three women in his bed,” he said.

At least Shapiro could keep track of his potential client.

Although on one occasion, The Agency’s David Parnes, of Million Dollar Listing Los Angeles fame, didn’t have the same success.

After receiving an offer for a home subsequent to the seller hosting a massive Burning Man-themed party, Parnes said, the same seller “went completely AWOL” and fell off the face of the Earth.

“To this day, he has not resurfaced. He must have had a really fun time at that party,” reported the luxury L.A. real estate agent.

But the key to surviving in the wilds of L.A. is understanding the lines you simply don’t need to cross.

Williams & Williams Estates Group co-owner Rayni Williams reported that after coming across a naked seller hosting two similarly undressed women and a bottle of vodka in the pool cabana 11 a.m., she declined to continue with the appointment. “I mentioned that I had a showing, and he was like, ‘It’s all good. Do your thing,’ and then put his feet up on the table,” she said.

“I didn’t show the house,” Williams recollected. “But if [it was] the right demo maybe they could’ve gotten a kick out of it.” 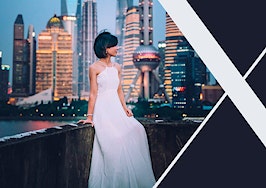 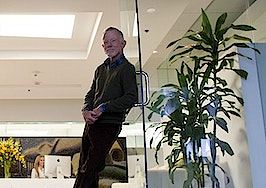