Two MLS consolidation efforts were announced Tuesday, one in New York and another in Illinois.

Two MLS consolidation efforts were announced Tuesday, one in New York and another in Illinois.

In Illinois, the Bloomington-Normal Association of Realtors (BNAR) has joined mega MLS Midwest Real Estate Data (MRED), based in the Chicago area.

“We’re working toward an extremely positive snowball effect here; the more associations that come together, the better data and resources everyone gets,” MRED President and CEO Rebecca Jensen said in a statement.

In New York, the new MLS will be the largest in the state of New York, serving about 40,000 agents, brokers and appraisers combined. It will cover Nassau, Suffolk, Queens, Brooklyn, Manhattan, Bronx, and Westchester, Putnam, Rockland, Sullivan and Orange counties.

Merger talks between the two MLSs began in June 2017 and they signed a memorandum of understanding to merge earlier this year. The new MLS, which has not been named, will go live for subscribers sometime in 2019.

The new MLS will offer a “seamless flow of data” for brokers and agents in the New York metro area, according to a press release.

“The launch of the new MLS is an exciting move in the right direction to uniting area real estate professionals, by creating the only MLS members will need,” said Richard Haggerty, CEO of the Hudson Gateway Association of Realtors, in a statement. Haggerty will be president and chief strategic growth officer of the new MLS.

“The goal is to grow our footprint from just Hudson Gateway and Long Island and see if there is a good way that we can eventually cover the entire New York metro area, and beyond it if need be,” Jim Speer, the senior vice president of MLSLI for more than 30 years, told Inman in February. Speer will be CEO of the new MLS.

Whether the new MLS gains traction to comprehensively cover New York City and the surrounding area may depend on whether it’s able to involve the area’s largest real estate brokerages, most of whom belong to the Real Estate Board of New York (REBNY), an influential non-Realtor trade group in the Big Apple.

“At this point we have not spoken with REBNY,” Speer told Inman Wednesday. “Our plan was to begin with HGMLS and MLSLI and once formed, we plan on meeting with others.”

“By creating a great consumer experience, via a consumer website that relates to the specific needs of the metro area – buyer, renter, seller, the new MLS will attract a following that brokers will want to connect with.

“We will appeal to a new audience of real estate professionals by providing members with an extensive selection of integrated technology tools and resources that will make them more successful. Who wouldn’t want to be more successful!”

The new MLS’s board of managers will include six brokers from the Long Island region and four brokers from the Hudson Gateway region as well as three outside managers who will bring outside perspectives, business objectivity and incremental skillsets, Speer told real estate consulting firm WAV Group.

BNAR previously owned and operated its own MLS, which ran on Black Knight’s Paragon system.

BNAR’s data will be imported into MRED’s connectMLS system and BNAR members will input their listings into connectMLS moving forward once the conversion is completed, MRED spokesperson Jeremy Sharp told Inman via email. MRED plans to launch the merged database to all of its members in early 2019.

“The BNAR leadership has researched different MLS merger options over several years. They, along with our membership, concluded that MRED was the best option based on their services, products, expertise, and excellent reputation,” BNAR CEO Diane Cote said in a press release.

Asked whether this is an MLS merger, MRED spokesperson Jeff Lasky said via email that it is not, because “Companies are not combining.” However, MRED will have ownership of BNAR’s current and future MLS data, according to Lasky.

Last week, the two largest MLSs in Minnesota, NorthstarMLS and the Southeast Minnesota Realtors MLS, announced a merger, which will go live in mid-November. 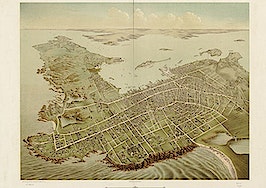 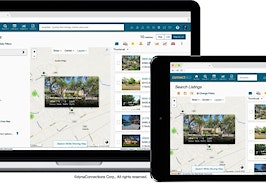 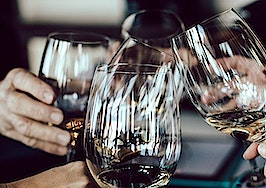