Photo by Tom Ritson on Unsplash
by Jotham ​Sederstrom
Share this article
You successfully shared the article.
Close

Thanks to membership by Realtors in the Bronx and Queens, the two associations already cover large swaths of the five boroughs.

Seeking to conquer a massive metropolitan market that has eluded others for decades, Realtors on Long Island and in Westchester County announced on Friday plans to launch a comprehensive, regional multiple listing service for New York City and its surrounding area in six months to a year’s time.

Under a preliminary plan subject to board approval, the Hudson Gateway Association of Realtors and the Long Island Board of Realtors would merge existing MLS platforms for a new system covering all of New York City’s five boroughs as well as Westchester, Putnam, Rockland, Orange, Nassau and Suffolk counties, leaders of both real estate groups told Inman.

The prospective unified system remains unnamed for now, but the appetite is palpable.

“As we all know, this is the trend in our industry now — to regionalize — so we’re very excited for this opportunity to do such a thing,” Jim Speer, the senior vice president of MLSLI, a wholly owned subsidiary of the 25,000-member Long Island Board of Realtors, told Inman Monday.

“The goal is to grow our footprint from just Hudson Gateway and Long Island and see if there is a good way that we can eventually cover the entire New York metro area, and beyond it if need be.”

Combined, the two real estate associations boast 34,000 listings and, individually, they operate the two largest MLSs across New York state, according to Speer. Thanks to membership by Realtors in the Bronx and Queens, and Hudson Gateway’s acquisition last year of the Manhattan Association of Realtors, the two associations already cover large swaths of the five boroughs.

The new MLS would have about 36,000 Realtor subscribers, making it the largest MLS in the Empire State. The state has a statewide MLS, New York State MLS, that covers all 62 counties in the state, but LIBOR currently has the largest MLS in New York.

Richard Haggerty, the chief executive of the Hudson Gateway Association of Realtors, said agents of his 11,000-member trade organization have expressed a desire over the years for a single comprehensive MLS.

“A primary objective is to create a seamless flow of data for brokers and agents within the New York Metro area,” Haggerty said in a press release.

Hudson Gateway and LIBOR have signed a memorandum of understanding to merge their MLSs and will seek to finalize a formal agreement and gain approval of the merger from their boards of directors within the next six months.

At present, NYC’s residential listings are split up between the Residential Listing Service (RLS) managed by the trade group the Real Estate Board of New York (REBNY), which is not Realtor-affiliated, and other outside sources like Zillow Group-owned StreetEasy, with its 18,000 for-sale listings across the five boroughs. This makes a streamlined citywide listing service very difficult to maintain, analysts say.

“A lot of agents say they’re getting information from StreetEasy, so I don’t think that’s the optimal solution, though certainly StreetEasy has achieved those eyeballs because they seem to have the reputation of having accurate data,” said Haggerty, who added that, in a recent focus group, Hudson Gateway members have also cited RLS as a source for real estate data.

Haggerty said the discussions surrounding the new MLS, which began in earnest in June 2017, have thus far not involved REBNY nor any of New York’s largest brokerage firms. Without them, an actual comprehensive unified system would remain elusive.

Last year, REBNY syndicated its own service, which boasts nearly 20,000 listings (though its data feed was rejected by Zillow).

Asked for comment, REBNY President John H. Banks sent Inman an email saying, in part: “The REBNY Residential Listing Service (RLS) is the single trusted source of accurate and consistent real estate listing information in New York City. Over 90 percent of the 19,000 residential real estate listings in the RLS are currently being syndicated via this program and more than 300 residential brokerage firms are participating in syndication.” 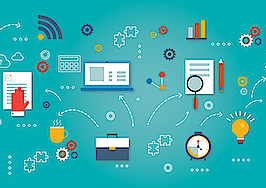 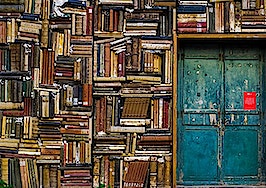