Following the launch of Christie’s International Real Estate’s first company-owned brokerage in New York City, the luxury real estate company has announced another brokerage in the playground of the rich – Aspen, Colorado.

Christie’s is expanding the company-owned arm of its business model, drawing on strong relationships with affiliate partners to identify additional markets where demand requires a larger footprint, Christie’s CEO Dan Conn told Inman. The company has more than 140 affiliates in over 45 countries.

“For us it is a really direct connection between the clients who come through the auction house in New York and the clients in Aspen,” said Conn, who said he anticipates between three and five new Christie’s-branded brokerages by the end of 2019. “It feels very much like a market similar to the Hamptons – places where clients have a recreational home.”

The Jansens have relocated to Aspen and made their first hire with broker Michelle Sullivan, formerly with Sotheby’s International Real Estate. The office will be located in downtown Aspen and is likely to have 10 to 15 agents by the end of 2019, recruited from the local market, Jansen told Inman.

Unlike Christie’s New York office, which opened in January, the Aspen branch will be operated as a hybrid rather than a company-owned business model. Christie’s has an interest in the office, but the Jansens will have control.

“I think in these ultra luxury markets, the Christie’s brand makes a ton of sense,” Alex Jansen said. “It will help propel us forward dramatically.”

Conn expects the Jansens to expand in other Colorado markets in time. “In our perfect world we will be in a number of these markets where we have great affiliates, where we can collaborate with them and use the brand and use our perspective to do something fundamentally different in the market.”

Christie’s, meanwhile, will also be opening a new brokerage in the Hamptons, and Conn said he will be searching for retail space next week. The Hamptons office will also be wholly owned by Christie’s.

Meanwhile, having given one high performing affiliate the opportunity of having its own Christie’s branded brokerage, Conn told Inman he expects interest among other affiliates to grow. At the company’s recent conference he told a handful of top agents the news of the brand expansion.

“I had two come to me and ask if they could rebrand and take our brand in exchange for a structure that looks more like what we have in Aspen,” he said. 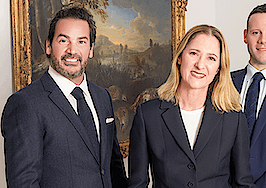 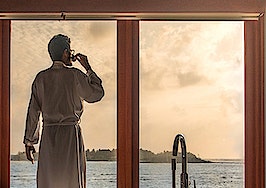 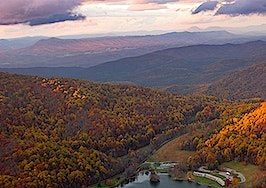