We looked into what the National Association of Realtors (NAR), one of the top lobbying organizations in the U.S. for total spending, spent on the 2018 midterm elections. Find out how it spent millions here.

The National Association of Realtors (NAR) has for years been one of the top lobbying organizations in the U.S. by total spending, so it’s no surprise that the trade group that fights for the interests of Realtors and for more favorable housing policies has poured lots of money into our country’s contentious 2018 midterm elections, coming up on Tuesday, Nov. 6.

Inman looked at NAR’s 2018 midterm election spending using OpenSecrets.org, a website that tracks campaign and lobbying money and is run by the nonpartisan, nonprofit Center for Responsive Politics. In this election cycle, NAR has directly contributed to the campaigns of 524 federal candidates, none of them receiving more than $16,000 each from the trade group. The contributions were about evenly split between Democrats and Republicans.

However, looking at another category of spending known as independent expenditures — money a group or individual spends to support or go against a candidate, but does not contribute directly to their campaign — and NAR spent far more. Specifically, NAR funded efforts for 27 candidates via independent expenditures this election cycle, the top 10 of whom received a combined $14.4 million.

The organization declined to specify why these 10 candidates received the most funding, instead providing this emailed statement to Inman last week:

“As we’ve always done in the past, NAR is supporting hundreds of candidates for federal office from both parties and in every corner of the country, investing in races using Realtor Party funds and voluntary member contributions. With significant member involvement throughout these processes, we continue to make decisions to support candidates based on incumbents’ voting records, answers to the Realtor PAC questionnaire, and positions that signify support for homeownership and real estate investment. Over the next ten days, NAR will continue to work to secure active Realtor participation in this year’s election, ensuring the issues that matter most to the real estate industry remain a priority for America’s lawmakers.”

Of the $18 million total NAR spent on independent expenditures, $10.6 million came from NAR’s super PAC, the NAR Congressional Fund, which is funded through member dues as well as contributions from corporate allies such as multiple listing services; and $5.9 million came from the Realtor Political Action Committee (RPAC), which is funded through voluntary donations, according to OpenSecrets.org. Another $1.3 million came from the California Association of Realtors’ PAC and NAR itself spent $150,204 on costs to communicate to its members which candidates they’ve endorsed.

Here are NAR’s top candidates for the 2018 midterm elections by spending:

Porter is running for California’s 45th Congressional District, which is in Orange County. Hillary Clinton won the district in 2016, which has been held by Republican Mimi Walters since 2014.

This race is considered a battleground that could help determine control of the House. NAR has praised Porter’s support of the Federal Housing Administration (FHA); “responsible” reform of Fannie Mae and Freddie Mac to protect the 30-year fixed-rate mortgage; savings accounts for first-time homebuyers; and mortgage debt forgiveness.

The only candidate NAR chose to spend against this election cycle was Walters, leveling $1.12 million against her.

Both NAR and the California Association of Realtors, which had previously supported Walters, turned on the congresswoman after she voted in favor of the Trump administration’s tax reform plan, the Tax Cuts and Jobs Act, which cut several homeowner deductions, according to The Mercury News.

“This was an issue that was nearly existential to our business in California,” Steve White, C.A.R.’s president, told the news outlet. “It was very, very disappointing that our message wasn’t received by the congresswoman.”

REALTORS for Katie Porter from SevenTwenty Strategies on Vimeo

NAR and the Arizona Association of Realtors have endorsed Sinema due to her support of reforming the government sponsored-entities Fannie and Freddie, which back most of the nation’s home mortgages, in a way that protects and extends 30-year-fixed mortgages to more homebuyers.

She also supports legislation to prevent taxation of mortgage debt forgiveness, which the groups like.

They further praised her introduction of a bill to have the Consumer Financial Protection Bureau headed by a bipartisan commission and her vote in favor of the Economic Growth, Regulatory Relief, and Consumer Protection Act, which rolled back some bank regulations put in place by Dodd-Frank legislation. FiveThirtyEight gives Sinema a 2 in 3 chance of winning.
The REALTOR Party Picks Kyrsten Sinema from SevenTwenty Strategies on Vimeo.

In July, Heidi Kasama, president of Nevada Realtors, praised a measure championed by Heller that would boost consumer choice and potentially lead to more affordable rates by allowing private-sector competition in the flood insurance marketplace.

Heller introduced that bill, the Flood Insurance Market Parity and Modernization Act, in March 2017 but it is currently stuck in the Senate banking committee.

Flood insurance is one of the six most important issues NAR is fighting for in the midterms. Heller’s opponent is Democratic Representative Jacky Rosen and the race is becoming one of the most expensive of the year with the campaigns spending a combined $75 million in a state of just 4 million residents, according to Vox.

Heller is considered one of the most endangered Republicans in the Senate, but FiveThirtyEight gives him a 3 in 5 chance of winning.

NAR endorsed Donnelly for his support of homeownership and private property rights through legislation such as the Economic Growth, Regulatory Relief, and Consumer Protection Act, which Donnelly co-wrote and co-sponsored and President Trump signed into law in May.

Critics argue that the law will reduce oversight for some of the nation’s biggest banks that received taxpayer-funded bailouts during the most recent financial crisis.

A recent poll puts Donnelly in a statistical tie against Republican businessman Mike Braun, according to the Indianapolis Star, though FiveThirtyEight gives him a 2 in 3 chance of winning.

In an ad, the NAR Congressional Fund touted Brown’s stance on mortgage debt forgiveness for its support of Brown. Another of the six most important issues NAR is fighting for in the midterms is preventing the IRS from taxing Americans on debt a mortgage lender forgives as part of a short sale, foreclosure or loan modification.

For the past several years, Congress has extended a law that accomplishes this, the Mortgage Forgiveness Debt Relief Act of 2007, but the most recent extension doesn’t cover 2018 or beyond. Brown has pushed for a permanent extension of the law.

Brown did not support the Economic Growth, Regulatory Relief, and Consumer Protection Act championed by Donnelly and signed into law in May.

Brown appears likely to win his re-election bid against Republican U.S. Rep. Jim Renacci, according to the Cincinnati Enquirer and FiveThirtyEight which gives him a 19 in 20 chance of winning.
REALTORS for Sherrod Brown from SevenTwenty Strategies on Vimeo.

NAR and the Mississippi Association of Realtors endorsed Hyde-Smith, a former Democrat, because of her “dedication to homeownership issues and private property rights during her tenure in the Mississippi Senate and then later as Agriculture Commissioner,” NAR said in an announcement.

Hyde-Smith was appointed to the Senate seat vacated by Thad Cochran in April 2018. President Trump has endorsed her, saying “Cindy has voted with me 100 percent of the time.” FiveThirtyEight gives Hyde-Smith a 7 in 8 chance of winning this special election.

Faso is running for re-election in New York’s 19th Congressional District against Democratic challenger Antonio Delgado. He voted against the Tax Cuts and Jobs Act, which New York’s State Association of Realtors opposed and Faso said will affect New York families more severely than those in other states because of its limits on state and local tax deductions, including property taxes.

Faso has voted to re-authorize the National Flood Insurance Program and for the Economic Growth, Regulatory Relief, and Consumer Protection Act. FiveThirtyEight puts Faso’s chances of winning at 1 in 3.

Sessions is running for re-election in Texas’ 32nd Congressional District against Colin Allred, a civil rights attorney and a former NFL player running for office for the first time.

NAR and the Texas Association of Realtors endorsed Sessions, citing his opposition to a proposed rule from the Environmental Protection Agency (EPA) that would have expanded the waters it regulates, “which would severely affect private property rights.”

Sessions also voted to re-authorize the National Flood Insurance Program and for the Economic Growth, Regulatory Relief, and Consumer Protection Act. FiveThirtyEight gives him a 7 in 10 chance of winning.

Like Faso, Lance voted against the Tax Cuts and Jobs Act because of its limits on state and local tax deductions.

Lance also voted to re-authorize the National Flood Insurance Program and for the Economic Growth, Regulatory Relief, and Consumer Protection Act. Lance and Malinowski are in a tight race, and FiveThirtyEight gives Lance a 3 in 8 chance of winning.

REALTORS for Leonard Lance from SevenTwenty Strategies on Vimeo.

Barr voted for the Tax Cuts and Jobs Act, but NAR and the Kentucky Association of Realtors lauded Barr for voting for the Economic Growth, Regulatory Relief, and Consumer Protection Act, supporting legislation that addresses patent reform and flood insurance affordability, and promoting FHA rules that allow for more efficient approvals of condo buildings, among other stances. FiveThirtyEight puts the race in a dead heat, giving Barr a 1 in 2 chance of winning.

REALTORS for Andy Barr from SevenTwenty Strategies on Vimeo.

Editor’s note: This story has been updated to specify which Realtor entities made independent expenditures for candidates. 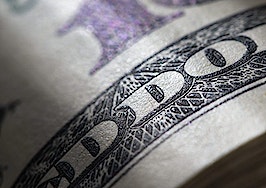 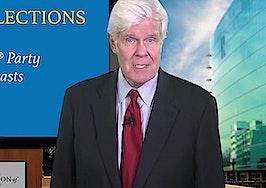 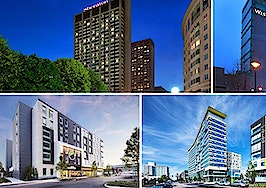 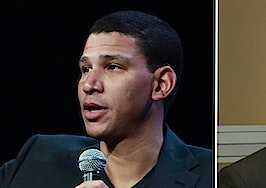