News Corp, the parent company of Move’s realtor.com and Australia-based REA Group, reported Wednesday that its revenue grew to $2.52 billion during the first fiscal quarter of 2019, a 23 percent increase year-over-year . 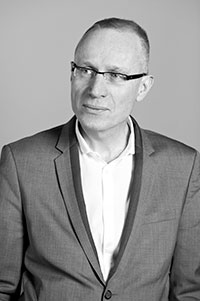 News Corp’s digital real estate services made up a significant portion of the company’s success, with CEO Robert Thomson saying on an earnings call that those services were the “fastest revenue growth segment.”

Revenue from all of News Corp’s digital real estate services grew 8 percent year-over-year, rising from $271 million during July, August and September of 2017 to $293 million during that same period in 2018.

At Move — which operates realtor.com and which News Corp acquired four years ago — total revenue was up 10 percent during the quarter compared to a year ago. The increase was primarily the result of a 19 percent growth in Move’s real estate revenues, News Corp reported.

Realtor.com also saw more web traffic during the first quarter of fiscal 2019. The site averaged 60 million unique visitors per month during that period, which represents a 9 percent increase year-over-year. More than half of those visitors accessed the site via a mobile device.

One quarter prior to that, digital real estate services grew 27 percent year-over-year.

During Wednesday’s conference call, Thomson touted News Corp’s recent acquisition of Opcity, a real estate lead generation technology platform, calling it “an important strategic step forward.” Thomson said that integrating Opcity into Move and realtor.com would be the company’s priority over the next year, adding that “we believe there really is an opportunity in being able to provide leads to realtors.”

“Essentially we believe that realtors should have a choice between quantity leads and quality leads,” Thomson continued, “and they should be appropriately priced.”

Susan Panuccio, News Corp’s CFO, added during the call that realtor.com will “be managing the conversion of leads coming in to Opcity.”

News Corp is perhaps best known in the U.S. as the company behind The Wall Street Journal, but operates a number of other publishing, video and web-based businesses in multiple countries as well. It’s net income for the first quarter of fiscal 2019 was $128 million, a 47% increase compared to the prior year.

News Corp saw “strong paid digital subscriber growth” at its various newspapers, which helped increase revenue by 1 percent among the company’s news and information businesses, according to an earnings report.

News Corp also reported earnings per share of $0.17, up from $0.12 a year ago. That surpassed analyst estimates which had expected a mere $0.04 per share. News Corp stock rose in after hours trading following the earnings report. 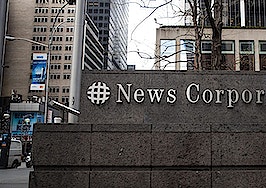 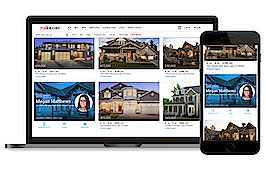