bepsy/Shutterstock.com
by Veronika Bondarenko
Share this article
You successfully shared the article.
Close

Fake sick notes may work for school, but not in real estate: Canadian agent Jaideep Singh Puri (a.k.a JD Puri) caught a four-month suspension after helping an intern of his forge a doctor’s note to cover up for a late assignment in a real estate licensing course.

The Real Estate Council of British Columbia (RECBC) handed agent Puri a 120-day suspension and penalty fines after it discovered that a doctor’s note Puri wrote for his intern was fraudulent on several counts, CBC News reports. The intern, publicly identified only as a male known as KB, had been preparing for his real estate license by interning for Puri and taking courses through the B.C. Real Estate Association in July 2016.

When the intern submitted his penultimate paper for a course a day late, an administrator required documentation that his grandmother had really died as he claimed. As shown by a chain of emails uncovered later, Puri helped KB put together a note signed with his family doctor’s name.

“We gotta think on our toes and get creative,” read one of KB’s emails to Puri. “Maybe a note just saying I was the one taking care of her meds prior. And legally they can’t ask anything because it’s confidentiality.”

Puri then replied that he could get a family member who had the tech skills to make it look like a real doctor’s note with the name of the family’s actual doctor.

“We will make it work,” Puri wrote. “My [family member by marriage] said he could do letter np (no problem).”

They exchanged contents for the note back and forth, with text ideas like: ‘This note is to confirm that KB was attending to his ill grandmother mid to late June 2016 who was a patient under my care … I understand this was a tough time for the family and KB’s personal and professional life may have been affected in a negative way.”

Puri and KB eventually penned the note and KB sent it to the course administrator. It felt like the perfect plan — until it started unraveling. Less than nine hours after KB sent the note, a RECBC rep called the doctor’s office and found that no one from the office had actually written it. The investigation and suspension followed.

“Mr. Puri, while licensed with RE/MAX Central, engaged in conduct unbecoming of a licensee when he assisted a candidate for licensing under the Real Estate Services Act to prepare a fraudulent physician’s certificate for the purpose of excusing the candidate from the consequences of his failure to submit an assignment on time […],” RECBC concluded in the disciplinary notice.

Along with the suspension, Puri is also required to pay the council $6,500 CAN in combined penalties and enforcement expenses as well as complete a course in real estate ethics determined by the Council. KB has been suspended indefinitely and will face a suitability hearing if he decides to pursue his license. 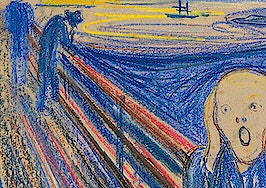