It’s a known fact that New York has some of the finest cuisine in the world, and that’s especially true when it comes to seafood — the restaurants here have access to the cream of the daily-catch crop, and it shows. When you’re in the mood for seafood, there’s really no substitute, and thankfully there are several top-rated restaurants that serve up daily catches galore within easy travel distance of the Inman Connect New York stomping grounds.

A few of our favorite options for a seafood lunch or dinner are below — enjoy!

As the name gives away, CajunSea is all about both Cajun food and seafood (and where the two intersect is where the magic happens). The sedate dining room feels miles away from Times Square even though it’s just a few blocks south, so it’s a nice place to come when you want or need a quiet conversation with friends as an intermission from Inman Connect. You can’t go wrong with a seafood boil — choose an already-built combo boil or select your own seafood, then choose your flavor (garlic butter or Cajun classic) and your spice level, and figure out what you want on the side — classic sides include corn and potatoes, but you can also get asparagus, broccoli, rice, garlic bread and other offerings. The lobster mac and cheese on the appetizer list is another favorite, as is the creamy seafood pasta on the main list, but if you’re in the mood for jambalaya or a burger or even a grilled tofu sandwich, CajunSea has got you covered.

Reservations are encouraged at Legasea, especially for groups, so if you know this seafood restaurant is on your must-try list while you’re at Inman Connect, book yourself a spot today. The eatery specializes in local, sustainable dishes, many of which you simply won’t find anywhere else — such as the spicy crab beignets (with chipotle creme fraiche and butter powder) or the shellfish “towers.” The 36th Street Tower comes with oysters from both the East and West Coasts, prawn cocktail, littleneck clams, chilled lobster , marinated mushrooms, tuna tartare and a cucumber salad; the 7th Avenue Tower includes everything that the 36th Street Tower offers in larger portions, plus king crab legs. Save room for the build-your-own-sundae bar with both ice cream and sorbet, a worthy finish to a decadent meal.

Blue Seafood specializes in seafood with a Mediterranean sensibility — served as tapas or small plates, although main dishes and even pizza are also available. There’s also a charcuterie and cheese menu, plus salads and bruschettas, but most people frequent Blue for either the oysters, the crudo or the tapas menu (and the wine list is impressive if you’re a closet or in-the-open oenophile). As far as crudos go, try the tuna tartare or go all-in and order the chef’s crudo plate, featuring a rotating chef’s selection of three different options; on the tapas menu, the seared sea scallops and fritta mista (crispy calamari, shrimp, scallop and zucchini with fresh lemon and herbs) are worth trying.

The dining area at Oceana is as vast as … well, you know … so if your group has a hankering for seafood, this might be your best option. There are also private dining rooms available, but you may want to call ahead to ensure you can be seated there. In addition to the usual oyster and chilled menus you’ll find at seafood restaurants all over the city, Oceana offers a number of dinners for indulging yourself or for sharing — the Poseidon, for example, serves five to eight people — and the vegetarian menu is more sizable than most seafood restaurants are able to offer, so this is a good choice for mixed groups. Try the lobster bolognese (lobster served over spaghetti with light herbs and a shallot garlic tomato broth) or the seared scallops (served with black truffles and potato puree).

Ocean Prime has several locations around the country, including Beverly Hills, Boston, Washington, D.C. and more, but don’t let that stop you from frequenting the New York outpost, which is lauded for good reason. If you’ve got time for an early evening repast, the theatre menu is available from 4 to 6 p.m. and features three courses for $65 — soup or salad, a second course accompanied by shrimp scampi, crab cake or sea scallops and your choice of side, plus either butter cake or chocolate peanut butter torte for dessert. There are also lunch and dinner menus specifically crafted for the gluten-free crowd; try the Chilean sea bass and save some room for the popular ten-layer carrot cake if you can.

Blue Fin is a favorite of the theater-going crowd who’s looking for a bite of sushi or seafood before their Broadway experience. It’s open for breakfast, lunch and dinner, so you can always squeeze in a morning visit for some smoked salmon if you’ve missed the midday or evening meals, but you should really try to make it during one of those times if you want to try the best Blue Fin has to offer. Some of the most popular rolls include the tuna, soft shell crab, the truffle rainbow roll and the barbecue eel roll; if you’re looking for an appetizer to share, the lobster and shrimp spring rolls with spicy-sweet coconut dipping sauce come highly recommended, and for an entree, try the glazed MSC Chilean sea bass (with sesame-roasted eggplant, crispy rice and lemongrass soy).

As seafood restaurants go, Luke’s Lobster is about as unpretentious as it gets: The place serves Maine-style lobster rolls and two varieties of chowder — clam and lobster with corn. You can also get a crab roll, shrimp roll or Luke’s Trio (all three on one sandwich), but regulars know that you’re best off with the old faithful lobster roll: a quarter-pound chilled, wild-caught lobster on a bun with special seasoning, lemon melted butter and mayonnaise. This Luke’s location is inside the ROW Hotel, so it’s a good place for a grab-and-go lunch if you’re in a rush — but hopefully you’ve got time to order and try a Luke’s Blueberry Lemonade to drink with your roll, with just a hint of honey to sweeten up your meal.

The view from the Sea Grill is one of the best in the city; it overlooks the Rockefeller ice-skating rink (open until April), and although you’d be safest to make a reservation if you want to sit by the window, the second and third tiers away from the view still give you a nice enough scope of the rink. This is an iconic seafood restaurant that’s designed to impress, with caviar service and sushi platters. The jumbo lump crab cake is not-to-be-missed, so order it as an appetizer to share or as your own first or main course, but the red snapper and the surf-and-turf options are also well worth your time (and money). A prix fixe menu is also available if you want a little bit of everything.

When it comes to French seafood, nobody does it quite like Le Bernardin; this eatery by chef Eric Ripert is Michelin-starred and is the only restaurant to maintain a full four-star rating from The New York Times throughout five separate reviews. There are three tasting menus if you decide to opt for a smorgasbord experience (including a vegetarian tasting menu, so you can bring your seafood-eschewing friends if you like), but you’ll also be satisfied with any of the regular lunch or dinner offerings at Le Bernardin, which is known for preparing simple, fresh seafood and allowing the ingredients to shine. The seared langoustine with a foie gras crouton and balsamic-truffle vinaigrette is one of the main standouts, as is the baked lobster, and if you can, save room for dessert — try the maple-roasted figs or the s’more reconstruction (warm chocolate fondant, smoked chocolate and Peruvian chocolate ice cream).

Estiatorio Milos has assorted locations worldwide, including in Montreal, Athens, London and even at sea; if you’re seeking a purely Greek seafood experience, this is where you’ll find it. The menu changes with the catch of the day, but if you’re able to get there between 5 and 6 p.m., try the pre-theatre menu for $49 for three courses, which includes some of the most popular dishes in the restaurant for your first and second courses, plus dessert — karydopita (Greek walnut cake with honey lavender ice cream), Greek yogurt topped with crumbled baklava, or fresh fruit. The dishes at Milos are meant to be shared, so bring some friends and try the lunch or dinner a la carte options — the grilled octopus and Maryland crab cake are both popular items, and if you’d rather try some of the turf at this seafood restaurant, you can’t go wrong with the charbroiled lamb chops.

Did we miss your favorite seafood restaurant to frequent when you’re at Inman Connect New York? Tell us about it in the comments!

Photo by Anna Pelzer on Unsplash 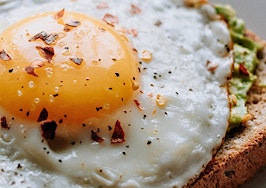 What to expect when you're Connecting: Breakfast at ICNY 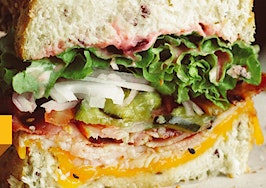 What to expect when you're Connecting: Where to eat lunch at ICNY 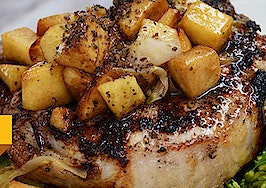 What to expect when you're Connecting: Where to eat dinner at ICNY 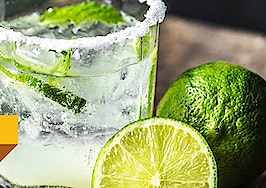 What to expect when you're Connecting: Happy hour spots near ICNY