The years of economic recovery following the recession have been marked by ever-growing home prices, but things are finally now starting to taper off in some of the country’s biggest cities, according to Zillow’s December housing market report.

Despite prices cooling, homes in the biggest U.S. cities remain unaffordable for many in the middle-class, according to a separate report from Redfin.

“Looking at the nation as a whole, housing appreciation seems stabilized at an arguably aggressive pace,” Skylar Olsen, Zillow’s director of economic research and outreach said. “The exceptions to the rule are the metros that saw the fastest appreciation over the past few years, where home values far outpaced incomes.”

The median U.S. home was worth $223,900 in December, a 7.6 percent increase, according to Zillow’s research – essentially unchanged over the same period from December 2016 to 2017 – but growth is much lower in certain cities.

“Employment growth continues, but that kind of extreme home value growth isn’t sustainable, and home buyers’ willingness and ability to outbid each other is falling back fast,” Olsen said. “We expect continued slowdowns in those expensive coastal markets. A three-month trend in increasing inventory ended, telling buyers that the pendulum hasn’t fully swung in their favor for this year’s home shopping season.”

But even with price growth appreciation slowing, a separate study from Redfin finds that many of those same cities remain unaffordable for the middle class, defined as having the median household income in each area.

In Seattle, the number of affordable homes fell from 58 percent in 2017 to 46 percent in 2018. In Los Angeles too – where price growth was only at 3.9 percent in December according to Zillow – only 16 percent of homes were affordable for the middle class in 2018.

“Homeownership is increasingly out of reach for the typical American,” Daryl Fairweather, Redfin’s chief economist said. “Over the last few years builders have focused on luxury homes, and there hasn’t been enough construction of affordable starter homes.” 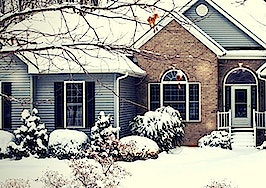 ‘I’m waiting for spring to sell’: How to get sellers to list now 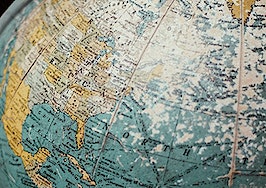 CEOs most worried about global recession in 2019