rawpixel on Unsplash
by Jim Dalrymple II
Share this article
You successfully shared the article.
Close

Homesnap has launched a new feature that lets agents create short, Instagram-esque posts about their listings, which can be then shared on social media.

Real estate search company Homesnap has launched a new feature that lets agents create short, Instagram-esque posts about their listings, which can then be shared on social media.

The new feature, dubbed Homesnap Stories, is designed to serve as a marketing tool for agents and looks very much like Instagram or Facebook stories. Agents who sign up with the company can create stories about their listings that include photos and video, as well as text, stickers, music or other features. In a statement, the company said the stories “let agents connect with potential buyers in a more personalized and creative way.” 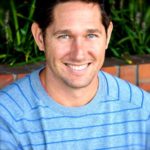 A consumer encounters a story when they visit a listing either on Homesnap’s website or mobile apps. Much like Instagram, the story shows up as a circle at the top of the screen. When the consumer taps the circle, the content that the listing agent has created begins playing.

If a viewer wants additional information about a home while viewing a story, they simply swipe up to get more conventional listing photos, stats and other content.

Each individual segment of video in a story is limited to 15 seconds. However, much like Instagram, agents can shoot multiple short videos that play one after another. Only agents can create stories, and then only about their own listings.

Demo versions of Homesnap Stories that the company created show an agent speaking directly into the camera, interior video of a home, and virtual elements such as for sale signs that can be moved around and customized. Homesnap has also created real estate-themed stickers that agents can overlay on top of the video they shoot.

Homesnap also provides agents with analytics on how agents, clients and other consumers viewed their content.

And though the stories will live natively on Homesnap’s own platforms, Mintzer told Inman that agents can also crosspost their content to Instagram and Facebook stories.

However, unlike Facebook and Instagram stories that disappear after 24 hours, Homesnap’s version of the feature will remain available as long as the listing is live.

Though Homesnap only just announced the new stories feature on Monday, the company quietly made it available about a week ago. Mintzer said that over the next few days agents who discovered stories on their own created more than 1,000 posts about their listings. Stories reviewed by Inman showed agents using them to share background information about homes, announce price reductions, and play up features such as walk-in closets and vaulted ceilings.

Homesnap characterizes itself as a technology company and in a statement described its app as “the market-leading national home search platform that provides real-time MLS data to consumers and free leads for agents.” Mintzer added that 90 percent of the company’s traffic takes place on mobile devices.

Over the past year, the company has made headlines for the advertising services it provides to agents, and for launching Homesnap Pro+, which, among other things, promises to bolster agents’ online search engine rankings.

Agents signed up with Homesnap Pro can create stories on the platform for free. Mintzer said that includes about 950,000 agents who get access through their multiple listing services. And, he added, the company is trying to serve those agents by “playing a different game here” and “building great tools.”

“We’re trying to bring all the disruption into the industry,” he added, “in a friendly way.” 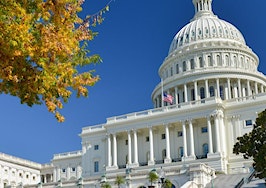 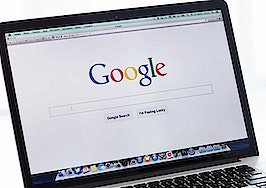