Pbk-pg/Shutterstock.com.
by Veronika Bondarenko
Share this article
You successfully shared the article.
Close

Left with an empty nest, California homeowner and real estate developer Terrence McGrath did what few others would — open his $4 million home to a homeless couple from Oakland.

Greg Dunston and Marie Mckinzie, whom journalist Otis R. Taylor Jr. profiled in a column for the San Francisco Chronicle, had been living on the streets for 10 years when McGrath read about the couple in one of the reporter’s articles. Dunston and McKinzie, McGrath learned, had been camping out in front of the Alameda County Probation Office only to leave later each morning with all of their belongings stuffed in two carts to wait out the day in a nearby public square. 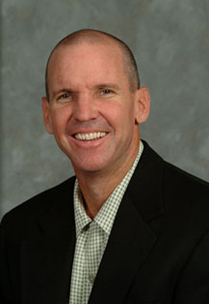 McGrath, who has a 4,500-square-foot house in the nearby upscale town of Piedmont, decided to help the couple. He met with Dunston and Mckinzie in a downtown cafe and, after talking to them and seeing the carts with all of their life’s belongings parked outside, allowed them to move into the spare in-law unit in his house for free.

The reason for the offer was simple — McGrath had gone through his own path from poverty to success. Raised in a family of nine kids that occasionally needed welfare to get by, McGrath became a Coldwell Banker agent in the 1980s and then founded a series of real estate development companies that focus on commercial projects in California’s East Bay.

Today, McGrath heads McGrath Properties and oversees developments of office buildings, parking facilities and commercial plazas as well as industrial and manufacturing plants. McGrath Properties is one of the developers working on a high-rise apartment building going up right next to Oakland’s MacArthur BART Station.

“It’s helped bring me back to my roots as a young kid,” McGrath told The San Francisco Chronicle. “I have a personal obligation to take responsibility when I see injustices. And to me, this is a clear injustice.”

Dunston and Mckinzie first hesitated when presented with the offer — they are black while the town of Piedmont is, according to Zillow, 74 percent white and 18 percent Asian. The median home also clocks in at $2.3 million.

But while the couple was overjoyed to have their own bathroom, it wasn’t long before calls to 911 began to flood the local police department. Even though McGrath sent an email to Piedmont’s chief of police disclosing the agreement, neighbors complained about the smell of marijuana, which is legal in California and which the couple occasionally smoked outside the home. Others called the police to complain about homeless people in their area while a neighborhood association representative called McGrath to warn that some members were worried about the safety of their kids.

“If you say hello to them, they can actually say hello back to you,” McGrath said he told the woman. Piedmont Police Captain Chris Monahan also told the Chronicle that neighbors who were unhappy with Dunston and Mckinzie’s living arrangement would just have to get used to it.

“When people have called, we’ve not even responded,” Monahan said. “We’ve called them and said, ‘Oh no, those are the people that live in the house. (The homeowner’s) trying to help them.'”

Dunston and Mckinzie have been living in McGrath’s house for three months so far and, despite occasionally worrying about creating problems for McGrath with his neighbors, are extremely grateful to have a roof over their heads.

“It feels good being inside for three months,”Mckinzie told the Chronicle. 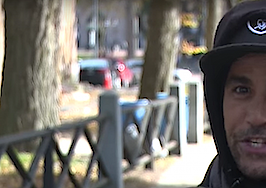 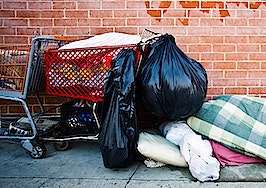 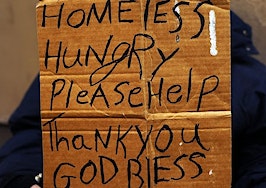