Photo by rawpixel on Unsplash
by Patrick Kearns
Share this article
You successfully shared the article.
Close

“Given Redfin’s recent announcement regarding a program that would encourage buyers not to use agents on listings where the seller is represented by Redfin, we cannot continue with an official, corporate-level relationship at this time,” a spokesperson for RE/MAX said in a statement. “We have begun the process of dissolving our exclusive referral agreement with them beginning today.

The two sides had originally signed a two-year contract, giving RE/MAX agents first access to Redfin’s partner agent program in areas where Redfin didn’t have a presence, which was 5,000 ZIP codes across the U.S. and in Canada.

“We still have mutual esteem between the two companies,” Redfin CEO Glenn Kelman told Inman in a phone call.

Redfin announced last week it was quietly testing the pilot program in Boston, called, “Redfin Direct,” which would present prospective buyers the option to make offers on a Redfin-listed home directly from the company’s website.

The goal was to give the seller a competitive offer that would only require a 2 percentage commission – 1 percent to the Redfin listing agent and a 1 percent transaction fee.

There was an immediate concern in some corners of the industry that the move would greatly impact buyers’ agents. Redfin itself, however, said it would still employ buyers’ agents and had no plans to cut them out of deals.

“That program goes against every value RE/MAX has had for more than 45 years,” Contos said in the letter announcing the end of the partnership. “I feel very strongly and passionately about that, as does our Board of Directors and my leadership team.”

Redfin itself, however, said it would still employ buyers’ agents and had no plans to cut them out of deals.

“Redfin understands this concern, as we employ thousands of licensed professionals and believe the vast majority of homebuyers need professional advice, and will happily pay for it,” the company said in a statement, announcing the end of the partnership.

“But we also have a duty to get as many offers for our customers’ listings as we possibly can, and to give those listing customers the best value,” the statement continues. “We believe in consumer choices; our mission is to redefine real estate in consumers’ favor.”

Redfin has no plans to end its Partner Agent program, which is a lead referral system where agents pay Redfin a fee of 30 percent of their commission – RE/MAX agents were paying 25 percent as part of the partnership – if the buyer comes from Redfin.

“We think every brokerage over time is going to want to provide the best products to its listing customers,” Kelman told Inman. “We expect that other brokerages, other companies are going to want to work with us as a channel to sell a home in new and innovative ways.”

Contos also noted in the letter that he’s not asking any of the Redfin Partner Agents to stop using the platform as a tool. 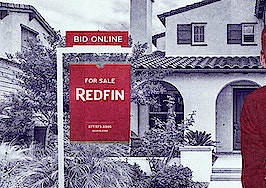 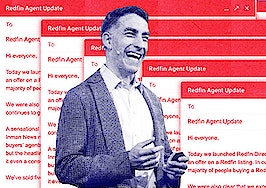 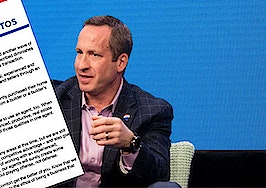 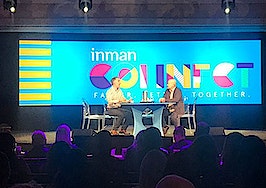