Redfin announced Wednesday it has been quietly testing a pilot program in Boston, a revised version of its 2006 service Redfin Direct, that allows consumers to make direct offers on Redfin-listed homes through the company’s website.

Redfin announced Wednesday it has been quietly testing a pilot program in Boston, Massachusetts, that allows consumers to make direct offers on Redfin-listed homes through the company’s website — an innovation that could result in less friction than traditional real estate deals while also cutting out buyers’ agents entirely.

Redfin Direct, so named for a failed platform more than a decade ago that sought to allow prospective buyers to make offers on any home listed on Redfin’s website, will ease the way for unrepresented buyers to make a bid on any Redfin-listed home, thereby avoiding buyer commission fees.

The platform, which Redfin has been testing in Boston since late March, is expected to next roll out in Virginia followed by other markets in the future, Redfin CEO Glenn Kelman told Inman. 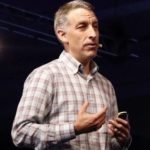 “There’s this idea that change, or disruption, or whatever you want to call it, is something that’s foisted on the industry and that we’re the victims of it and not the perpetrators of it,” Kelman said Wednesday ahead of the company’s quarterly earnings call. “If you really want to be a good real estate agent for the modern age, you have to put your customer first.”

The inspiration for the new program came, in part, after listing agents routinely reported being approached by unrepresented buyers interested in making offers, Kelman said. The company doesn’t allow dual agency so a Redfin agent can’t represent both buyers and sellers and get two commissions. The solution, Kelman thought, was to build software to empower that buyer. 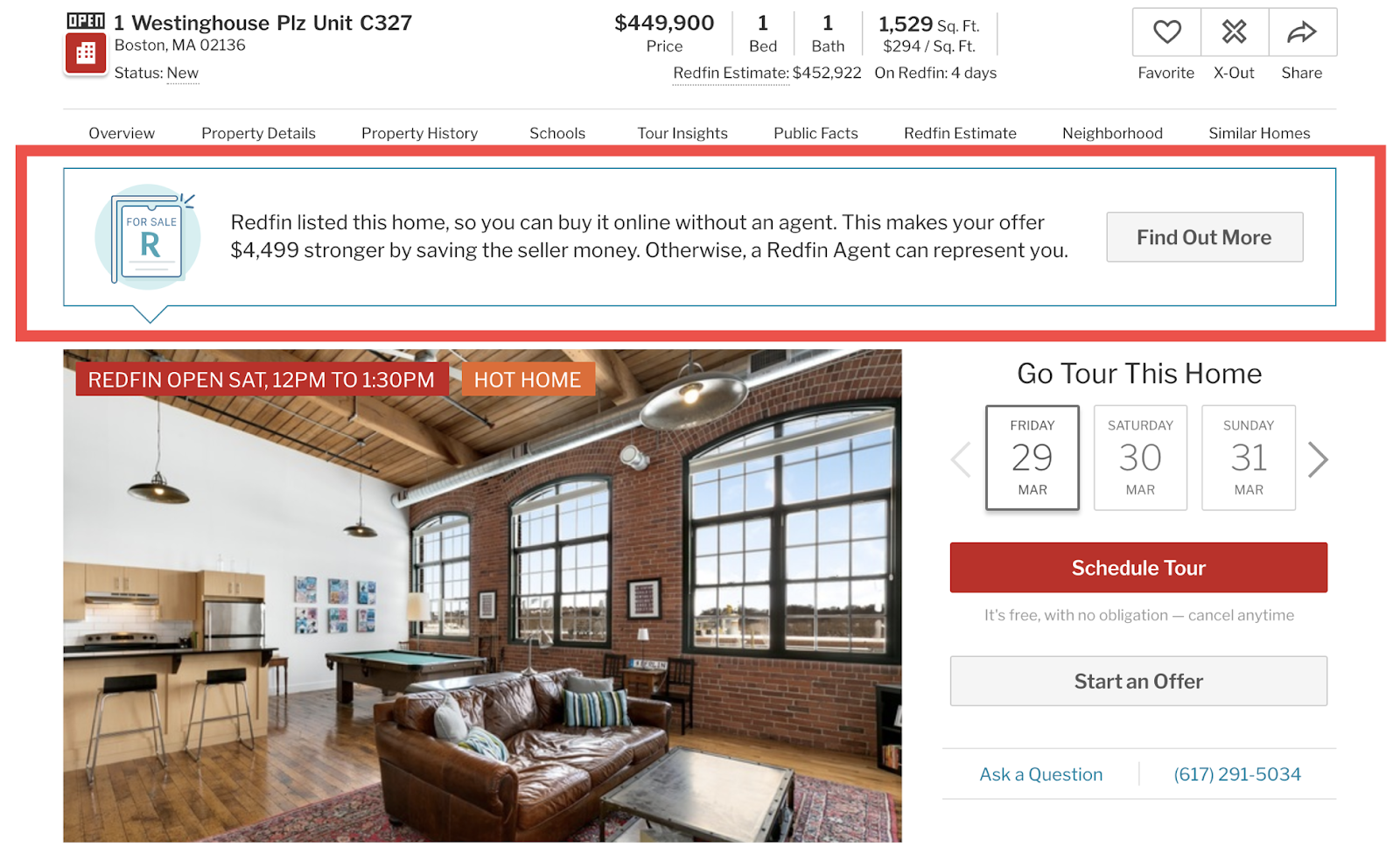 An example of a listing where a buyer can make a Redfin Direct offer. | Photo credit: Redfin

Redfin had been gathering that information and turned it into a platform for its agents to put together offers. Using some of the data generated by creating that platform, the company is powering Redfin Direct.

In Boston, for example, a homeowner can find out that 71 percent of recent Boston-area Redfin client offers included an inspection contingency, 87 percent including a financing contingency and Boston listings on average sell for less than 1 percent off the listing price.

The service has been live in Boston for some time. Kelman said the company opted not to publicize the service until it led to a few sales, but of the 127 Boston listings that have accepted an offer since March 28, five have been through Redfin Direct.

The company said another 12 of those rejected the offer, but most of those could easily have won. Kelman said 77 percent of homes sold were within 5 percent of the asking price and 31 were cash offers.

Redfin Direct will next roll out in Virginia, although Kelman admitted expansion will be slow.

Many in the industry will recall Redfin’s previously failed attempt at launching Redfin Direct in 2006. In the first iteration, prospective buyers could make offers on any home listed on Redfin.

“We provided no factual information about what it took to win an offer in Seattle or San Francisco where this was first available,” Kelman said. “We were doing this when the listing agent worked for another brokerage – we had no capability to get someone in the home.”

“It just created chaos,” Kelman added. “People were trampling across the lawns of listings at all hours of the day trying to get into the home, tapping on windows and backdoors and they were submitting offers that were wildly off-base.”

The first lesson that Redfin learned from that failed experiment was it needed to be a Redfin listing, so the company could write the rules of who sees the house and when, and who can make an offer.

“We’re not trying to change how anyone else sells a house except ourselves,” Kelman said.

The service also works hand-in-hand with Redfin’s on-demand home tour booking tool, which Kelman said took years to develop. A consumer could book a tour with a Redfin agent on their schedule, before making their own offer later that same day.

Kelman told Inman he isn’t concerned that opening up the buying process like this will lead to irresponsible home buying, especially given that the process involves passing through 55 questions before getting to the offer.

“The tool has 55 questions you need to answer,” Kelman said. “It’s not like drunk dialing someone at 2 a.m. and waking up next to a house. You have to almost pass a breathalyzer test to get through 55 questions.” 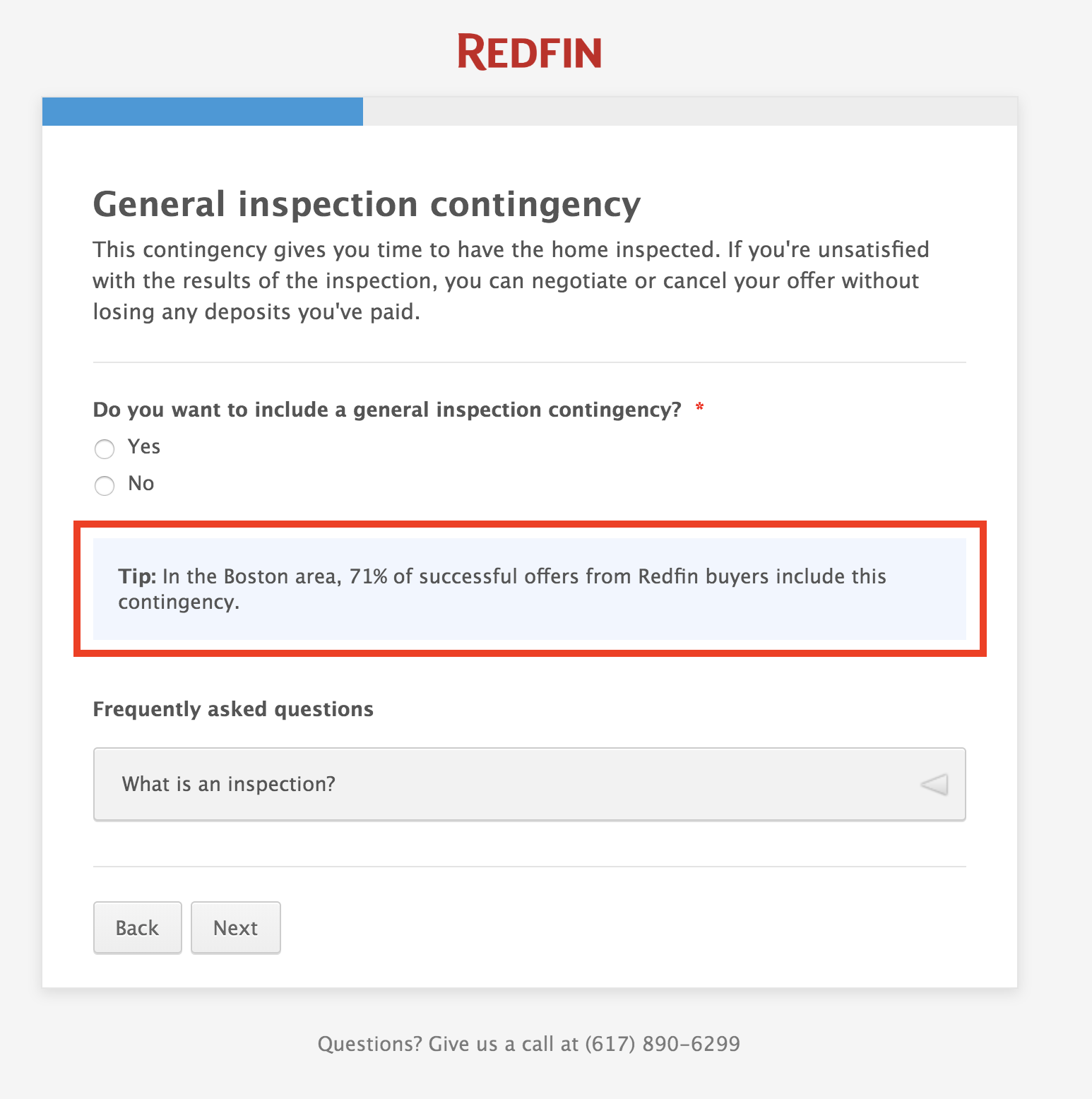 One of the many questions a consumer has to answer before making an offer, along with information. | Photo credit: Redfin

Kelman said that every web designer will tell you, the shorter the form, the more people you’ll convert. But in this case, the size and care of the form reassures consumers and helps them understand the magnitude of making the offer.

Kelman credits Paul Reid, Redfin’s market manager in Boise, Idaho for being one of the biggest proponents of the platform. He shared an anecdote that the two were going for a run, while Seattle was battling wildfires and it was the worst run of his life due to air conditions. Reid made them go another mile while fires raged near the city, just to spend more time trying to convince Kelman.

Reid shrugged the idea that this was the brainchild of any one person but said it was more a response to something that many consumers have been asking for. 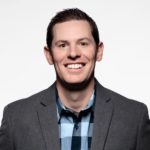 “There is a growing contingent of folks out there that are very comfortable with the home buying process, they’ve bought three or four homes, maybe they’re downsizing, they’re very familiar with the process and in some cases may be more familiar than some new agents that might be in the industry,” Reid said. “For folks like that, this product is fantastic.”

“They don’t necessarily want or need the assistance of a buy-side agent but the industry and Redfin has pushed them towards that representation in the past and they’ve begrudgingly gone along with it,” Reid added.

But one of the main reasons Reid said he pushed the idea so strongly is the concern that if the change doesn’t come from inside the industry, it will come from the outside.

“If we as agents don’t come up with the next idea that’s going to better serve consumers and meet them where they want to be met, then somebody from outside of our industry is going to set those rules,” Reid told Inman. “I’d argue having it come from inside the industry is much better than the alternative.”

One potential example of outside disruption could come in the form of a recent spate of lawsuits lodged against the National Association of Realtors and four major real estate franchisors that could up-end the way the real estate industry works in this country and the multiple listing services it depends on. The suits seek to have buyers pay buyer brokers and agents directly rather than through the commission sellers pay to listing brokers — which could potentially mean fewer buyers will hire buyer’s agents.

Redfin has not been named in the suits. Glenn Kelman’s twin brother and environmental lawyer, Wesley Kelman, works for one of the plaintiff’s law firms in the main buyer broker suit filed by homeseller Christopher Moehrl, but Wesley Kelman told Inman he did not know anything about that suit before it was filed and didn’t know why Redfin is not a defendant. Glenn Kelman told Inman none of the the plaintiff law firms reached out to Redfin before or after the suit was filed and declined to comment on the impact the suit would have on Redfin if successful.

Editor’s note: This story has been updated with comments from Glenn and Wesley Kelman on the Moehrl suit. 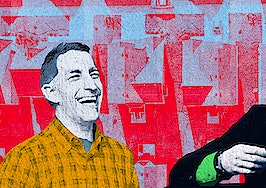