In case you missed it, when the National Association of Realtors announced that President Donald Trump would speak at NAR Midyear, trolling from both sides of the aisle ensued. Here’s why it’s not only unprofessional, but also against the Code of Ethics.

It was back in 2004 when I got my real estate sales license. From the very day I raised my hand and pledged to uphold the Realtor Code of Ethics, I was proud to be an agent and a Realtor.

Fast-forward 15 years to last week, and you’ll find the first and only time I have been embarrassed to be associated with this industry.

Maybe you missed it. There was a train wreck of epic proportions that started last week after the National Association of Realtors (NAR) announced that President Donald Trump would be speaking at the 2019 Realtor Legislative Meetings & Trade Expo held in Washington, D.C., last week.

“Us” collectively, the 2 millionish licensed real estate agents and brokers out there. Over a million of those are members of the NAR; they’re Realtors — the licensees who pledged to uphold the Code of Ethics.

The First Amendment provides us with the right of freedom of speech and to petition the government for a redress of grievances. In less fancy Constitution-talk, that means you can gripe all you want about the government, and those involved in it — without repercussions from said government.

So can shout your love, hate or indifference for the administration from the rooftops without worrying about being persecuted, jailed, executed or hauled off into the night by the stormtroopers.

That First Amendment is a good thing, but that is not what this article is about.

You see, the government might not be able to smack you down for political ranting and raving, but a private citizen on the other hand — say one who wants professional help buying or selling a home — can most certainly say, “There’s no way I’d ever work with that agent.”

As the comment streams filled with vitriol, an interesting thing happened. Consumers started surfacing in some of these threads, and some were none too happy with what they saw.

Literally within seconds of the speech announcement, comments started pouring in.

A week later, there are thousands of them. Comments from Democrats, Independents, Libertarians, Republicans. Some cared deeply, others couldn’t care less, and everything in between.

Also within seconds, some comments shifted from direct commentary about the current administration — for, against, neutral, in love with, despised — to personal attacks.

You know, the political slurs:

While not between agents, there were racial and religious slurs used against current members of Congress. Sure, you can say that sort of rubbish. That doesn’t mean you should say it. Think about the impression that sort of talk leaves on clients and potential clients.

It went on and on and on and on. Hundreds of people, hurling insults at each other, calling each other names, acting like children. People berating people they’ve never met or interacted with, sometimes with deeply personal insults.

Look, if you want to be fanatical in your political beliefs and publish them to the world, knock yourself out.

Personally, I would think it wise to keep in mind that no matter what side of the aisle you stand on, whatever you say when it comes to politics will more than likely make roughly half the population angry and defensive.

Angry and defensive is really not the best way to kick off an agent-client relationship, but that is your choice — and your right.

What really isn’t your choice is attacking your fellow professionals. Well, at least not if you are a Realtor who pledges to uphold the Code of Ethics.

Realtors shall not knowingly or recklessly make false or misleading statements about other real estate professionals, their businesses, or their business practices.

Right about now, someone that fancies himself or herself a Code of Ethics expert is thinking, “but if it’s not false or misleading, I can say whatever the hell I want.”

Sure, if you want to attempt walk that thin line, hope you don’t fall over the edge and find yourself in front of an ethics hearing, go for it.

But you might want to think about what the consumer out there is seeing. And thinking.

As the attacks rolled in, some consumers chimed in siding with the left, some with the right. But others took note of the infighting between agents. They mentioned things like “childish behavior,” “so much anger” and the dreaded and ever-damning “y’all aren’t very professional.”

This is not the look we want to present to consumers.

What is it about politics that seem to bring out the worst in some? Why do some judge people they’ve never met? What compels a person to tell a fellow agent, “People like you should crawl back under the pile of sh*t you came out from”?

You should care. Much of one’s success in this business hinges on their reputation. There have been multitudes of unprofessional comments left scattered about the internet during this fiasco.

While some might feel that something like a “NAR member only” Facebook group is a “safe space” to rant (Pro tip: It’s not. Heard of screenshots?), there is nothing safe about posting unprofessional comments on a Facebook page or someone’s profile where they control if the general public can see what you write.

There’s a level of ignorance out there about how things propagate across the social space, about the permanence of their online comments that is striking. I saw one commenter on the NAR Facebook page say they thought only NAR members could see and post there.

If you’re going to be posting comments insulting your fellow professionals, probably alienating half the population, you should at least have a grasp of the fundamentals of the platform you are bloviating from.

What can we do?

Rise above the noise. Set an example. Be a professional. Stop the nonsense.

Back in February, I had a column here that was a call for civility in our business.

Listen, I’m not your mother. I can’t make you do anything. Someone reading this is wondering who the heck am I to even suggest that we behave better toward each other. And that’s fair.

I’m just a guy who spends (too much) time reading what agents say about each other, and to be honest, it makes me sad. Sad for the people being attacked, sad for our industry, sad for humanity.

Listen, don’t listen, nothing I say will result is wide-sweeping change in online behavior. But if just one person reads this and stops to think about their behavior, then it’s worth the time it took to write this.

This has not been our finest hour. We are better than this, or at least we should be.

Next time something gets under your skin and you feel the need to lash back, take the high road.

It’s less crowded, and the view is better. 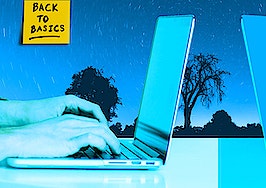 5 online tools for keeping tabs on your reputation 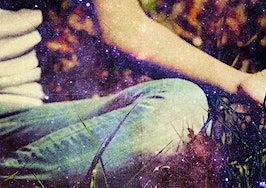 How to declutter your mind to become a better agent 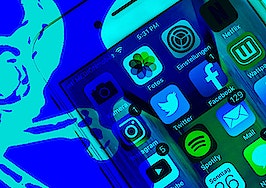 4 terrible ways to get 'likes' on social media 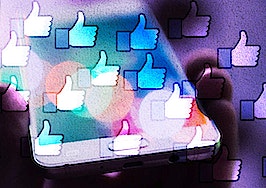