A Trump administration official confirmed this week that the Federal Housing Administration (FHA) is not providing mortgages to undocumented immigrants who arrived in the U.S. as children. 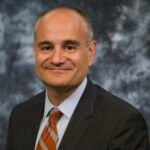 The confirmation came in a letter from Len Wolfson, an official at the U.S. Department of Housing and Urban Development (HUD), to Rep. Pete Aguilar, a California Democrat.

Wolfson’s letter discusses people who have status as recipients of DACA — or the Deferred Action for Childhood Arrivals — which applies to immigrants who arrived in the U.S. as kids.

“Because DACA does not confer lawful status, DACA recipients remain ineligible for FHA loans,” Wolfson concludes in the letter.

FHA-backed loans are a popular choice for home financing among younger would-be homebuyers and those with less access to capital. The loans require smaller down payments than conventional financing, and are available to people with lower credit scores.

In his letter, Wolfson frames his DACA remarks as a continuation of policies that go back to “at least 2003,” saying that “HUD has been very clear that it has not implemented any policy changes during this current Administration, either formal or informal, with respect to FHA eligibility requirements for DACA recipients.”

However, there has nevertheless been considerable confusion over HUD’s policies. Most notably, HUD Secretary Ben Carson reportedly said last month during a congressional hearing that he didn’t know why DACA recipients were being denied FHA loans.

According to BuzzFeed News, which also first reported those comments, Carson added that he wasn’t aware of any policy change and said “I’m sure we have plenty of DACA recipients who have FHA-backed loans.”

The comment — which was made in response to questioning from Aguilar — seems to clearly contradict Wolfson’s letter this week.

Additionally, some recent reports have indicated that DACA recipients could qualify for FHA loans if they met certain criteria.

Yet despite those reports and Carson’s own comments, there have also been reports since late last year that FHA was in fact denying loans to DACA recipients.

Wolfson’s letter was apparently meant to clarify the confusion resulting from all this various, seemingly contradictory information.

However, the letter does not appear to have satisfied Trump administration critics. In a statement to Inman, Aguilar said that “the explanation we received from HUD is inconsistent with the realities on the ground and statements made by Secretary Carson to members of the Appropriations Committee, and it does nothing to clarify the confusion created by the agency’s inconsistent policies.”

Aguilar added in the statement that “it’s shameful that HUD is allowing the president’s anti-immigrant agenda to dictate housing policy.”

HUD did not immediately respond to Inman’s request for comment Thursday.

In any case, the confusion over FHA loans is just the latest controversy involving DACA and immigration during President Trump’s administration.

Perhaps most relevantly to the current situation, Trump announced in 2017 that he would end the DACA program, though its actual elimination is still pending during litigation.

More broadly, Trump’s insistence on building a border wall has raised concerns among some agents living near Mexico that their local real estate markets could suffer.

Why we're about to see an influx of international investors 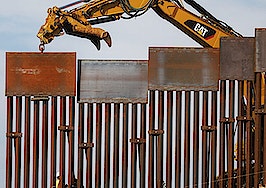 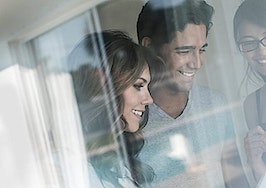