As a generation, millennials defy stereotypes when it comes to where they’ve chosen to settle down. They live both in cities and the suburbs — defying urbanists’ predictions.

U.S. population trends over recent years, particularly as they pertain to millennials, have been so fluid that they’ve inspired an entirely new vocabulary.

There’s “demographic inversion,” a term espoused by author Alan Ehrenhalt in his 2013 book, The Great Inversion and the Future of the American City:

“The demographic inversion simply means that, contrary to where we were a generation ago, with the inner city meaning ‘the place where poor people live,’ and the exurbs being where the affluent flee to; in the future, the center of the city is going to be where affluent people choose to live,” Ehrenhalt said in an interview with ZDNet in 2012.

“Not necessarily by tens of millions, but in significant numbers. Suburbs are going to be the place where immigrants and the poor congregate. That’s an inversion of the pattern of the previous generation.”

There is “suburban triumphalism,” whose banner is notably carried by Joel Kotkin, the presidential fellow in Urban Futures at Chapman University in Orange, California, and executive director of the Houston-based Center for Opportunity Urbanism. He argued in a 2013 piece that the ‘burbs were staging a big comeback following the Great Recession — that the promise of single-family homes and a reasonable cost of living had caused a great migration from cities to suburbs.

And finally, there was “hipsturbia,” the New York Times-created designation for Big Apple suburbs that sought to replicate the same aura of some of the city’s hipper boroughs, particularly Brooklyn, at a fraction of the price.

According to a 2013 piece in the Times, these places — located in New Jersey, Westchester County, New York, and along the Hudson River — boasted the kinds of things normally seen in trendy neighborhoods, like coffee shops, yoga studios and farm-to-table restaurants, while at the same time featuring easy access to trains that would whisk residents to their jobs in Manhattan.

The piece went on to explain that many of the same people fleeing to these far-flung locales had once trekked from Manhattan to Brooklyn in search of more affordable housing, only to be priced out of that part of town as well. Moreover, Brooklyn’s vibe had changed radically. If it had once been a place where starving artists congregated, it was now overrun by investment bankers and the like, according to many of those quoted in the piece — one being a futurism consultant named Ari Wallach:

Across the nation, some 2.6 million people moved from cities to the suburbs in 2017-18, according to one count, a trend that coincided with older millennials reaching their early 30s, and presumably looking to settle down. (Millennials are defined as those adults who are under 40.)

While Bill Frey of the Brookings Institution agreed that the ‘burbs do indeed seem to be on the rise, Joe Cortright of Citylab.com writes that there are other factors that need to be taken into account, not the least of which are that urban boundaries are far from standardized, and that a two-year trend represents far too small a sample size to reach any definitive conclusions.

Cortright notes that Chicago’s downtown is thriving, something attributable, no doubt, to the fact that several major companies have chosen to set up headquarters in the city. The populations of the North and South Sides of town are also up, while it is down in the outlying suburbs.

Nationwide, Frey writes, just 17 of 53 cities were outperforming their neighboring suburbs in 2017 — though that was actually an increase over 2000-10, when only eight were doing so.

All of that puts those conclusions about demographic inversion/suburban triumphalism/hipsturbia in doubt.

Are millennials flocking to the ‘burbs to the degree we might have been led to believe? Or are they staying in cities?

The first offers security, safety and a cheaper standard of living for a demographic that now numbers 83 million, more than even the redoubtable baby boomers. The second offers opportunity, nightlife and convenience.

The conclusion reached by writer Kriston Capps in another Citylabs piece is that both things are true — that millennials are settling both in cities and suburbs. But he also insists they are not moving from cities to suburbs, that because of millennials’ diversity, they will always remain rooted in urban areas to some degree.

He cites a study by Hyojung Lee, a postdoctoral fellow at Harvard’s Joint Center for Housing Studies, indicating that since 2010, there has been a population surge not necessarily in cities’ central business districts, but in those areas between 1 and 10 miles of such areas. Growth in the suburbs — i.e., those areas between 10 and 45 miles from the city center — was also up, but not to the degree it had been in the previous 20 years. And it was down in areas beyond that.

So it would appear that millennials are, well, everywhere. And it would also appear that the national vocabulary will have to be rewritten once again.

Michael Zaransky is the founder and managing principal of MZ Capital Partners in Northbrook, Illinois. Connect with him on LinkedIn and Twitter. 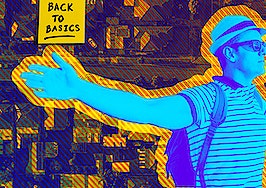 ‘Millennials should not buy homes’ and other lies consumers fall for 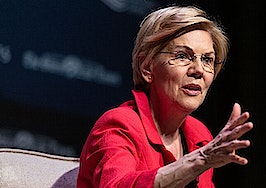 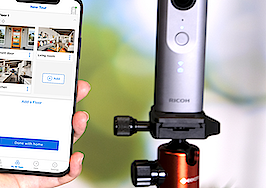 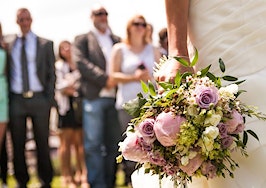 Want a wedding and a home in 1 year? Then move to this city