VHT Studios asked the Supreme Court to take up the case Thursday. The request marks the latest move in a suit that began when VHT said Zillow was illegally using tens of thousands of its photos.

A photo company that says Zillow ripped off its intellectual property, and which initially won a (now-overturned) multi-million dollar judgment against the popular online portal, now wants to take its case to the U.S. Supreme Court.

Illinois-based VHT Studios asked the Supreme Court to take up the case Thursday, according to Law360. The request marks the latest move in a long-running lawsuit that began when VHT said Zillow was illegally using tens of thousands of its photos, including to populate home improvement webpage Zillow Digs.

VHT first filed the suit in 2015, and in 2017 a jury ordered Zillow to pay more than $8 million in damages to the photo company. Later that year, however, Zillow successfully convinced a federal court to slash that judgement to just over $4 million.

Then last year, appeals from both companies sent the case to the 9th U.S. Circuit Court of Appeals. At the time, a VHT spokesperson told Inman that Zillow continued to use the company’s photos even after the sale of a listing when the agent no longer had any relationship with the property or property owner.

In March, the 9th U.S. Circuit Court mostly sided with Zillow, court documents show. While the court did say that Zillow had misused some photos, it also argued that given the amount of notice VHT gave Zillow before filing suit, the portal “could not reasonably be expected to have promptly and unilaterally removed each flagged photo.”

Significantly, the circuit court ultimately said that willfulness on Zillow’s part was not supported by “substantial evidence,” including the feed agreements Zillow has with its listing feed providers: real estate agents, brokerages, and multiple listing services, among others.

At the time of that ruling, Zillow said in a statement that the company was “pleased with the results of this appeal. We take copyright protection and enforcement seriously and will continue to respect copyright permissions across our platforms.”

The circuit court also opted to send the case back to a lower judge to come up with a new monetary amount for damages.

This week’s appeal to the U.S. Supreme Court is meant to fight that ruling, but, because only a scant 80 cases out of nearly 8,000 are selected for review each term, it’s not certain whether VHT Studios will actually see its day in the highest court in the land.

VHT was founded in 1998 and specializes in real estate photos. The company describes itself as having an “unrivaled nationwide network of the top professional photographers and image editing specialists.” It also says that it works with “top real estate and business professionals” to “ensure their properties get seen more, sell faster and at a greater price.”

Zillow is best known for its ubiquitous consumer-focused home search tools, but also makes money by selling lead generation services to real estate agents. And of course the company has branched out into a number of other businesses such as iBuying.

Neither Zillow nor VHT immediately responded to Inman’s request for comment Friday. 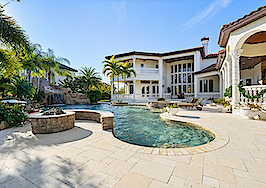 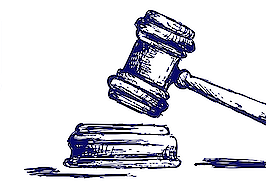