Real estate trends, combined with out-of-date zoning laws and employment patterns are driving people out of their homes. If our economy is doing so well, then why are so many people living on the streets? Is there something wrong with them, or is it our economy?

I wish I could stop noticing the tent camps along the river, hidden in the wooded areas around the parks and along the freeways and bike paths.

If our economy is doing so well, then why are so many people living on the streets? Is there something wrong with them, or is it our economy?

I did a little research, and here are the top four causes of homelessness, in order:

For my part, I know what some of those barriers are in my own local community: Tiny houses do not meet local zoning requirements, and proposals for affordable apartments tend to be met with hostility by the neighborhoods. Do you want to live next to a high-rise apartment building?

Meanwhile, in the metro area where I live in St. Paul, Minnesota, 83,000 households have moved in since 2010 while less than 64,000 new homes have been built to accommodate those newcomers.

There is gentrification too, and there are zoning laws that outlaw multifamily dwellings. The Minneapolis City Council tackled this issue head on last December by voting to end single-family zoning citywide. It was the first major U.S. city to make this decision.

It will be interesting to see if the change in zoning law makes a difference. I don’t think zoning changes alone are enough — but at least they are moving in the direction of coming up with solutions to a problem that can only get worse if we do nothing.

There are regulations in my community that make it difficult for local builders to build affordable housing.

If you have been reading the national news there is also an “eviction crisis” and in some instances, it is being compared to the sub-prime mortgage crisis because of the amount of money that is being made from late fees by property owners.

Nearly half of U.S. renters are cost burdened and spend 30 percent or more of their income on housing.

Real estate is and has been a great investment for many — owning real estate is still important for those who want to join the middle class.

A tale of two cities

Nevertheless, these days I feel like I live in two worlds. As I walk to my office, I walk past vacant storefronts and people on the streets asking for money.

Some of my clients get to choose a neighborhood and hold out for the perfect house when it comes on the market. Few realize how privileged and lucky they are.

Others can afford to buy a home in one or two neighborhoods, and it has to be a small house that needs some work, but not too much work.

Meanwhile, as I ride my bike along the trails in the late evening, I see the tents partially hidden in the trees and under the bridge next to shopping carts.

Then there are people who are so wealthy that there doesn’t seem to be a way to spend all that money so they give some away and invest in special projects. Some of these same people pay their employees so little that the workers need to visit food pantries or receive benefits from the government to make ends meet. What would happen if they paid their workers more but gave less to charity?

We like to paint a picture of the people without permanent addresses as being mentally ill or addicted to drugs or in some way incapable of earning a living. At the same time, the stereotype of the wealthy is that they are people who work harder and are smarter than the people who are living on the streets. But an increasing amount of data suggests that this is far from the truth.

The Twin Cities metro area in Minnesota is a more affordable place to live than cities on the coasts, but a person needs to make about $5 an hour above minimum wage to pay the rent for a small apartment. Buying a home can lead to a lower monthly cost, but lenders will not approve low-income people.

I did a quick count of home sales in the area for the first half of the year, and they are down by about 6 percent from this time last year. It is because there are fewer homesellers and little new construction. The median cost of a home went up by 4.5 percent for the same period.

The real estate industry and housing market will change over the next few years. The question is: What changes, and how? It would be wonderful to see an increase in homeownership and a reduction in tent cities. Perhaps it will take some new technology to make it happen.

Whatever happens, I believe that everyone should have a place to call home — one with clean water and central heating, electricity and internet access: A home that isn’t made out of nylon or canvas. 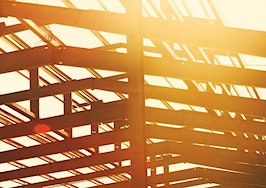 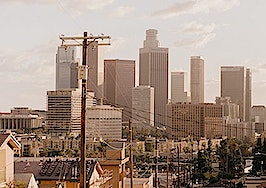