AJ Canaria of PlanOmatic
by Inman
You successfully shared the article.
Close

If the homeseller plaintiffs of two major real estate commission lawsuits get their way, the impact could be “disastrous,” Jack Bierig told attendees at ICLV.

If the homeseller plaintiffs of two major real estate commission lawsuits get their way, the impact could be “disastrous” for both homebuyers and sellers, Jack Bierig, an attorney for the National Association of Realtors, told attendees at Inman Connect Las Vegas Thursday.

Bierig, of Chicago-based law firm Schiff Hardin, spoke on a panel called “The Lawsuit Showdown” at ICLV about two federal lawsuits challenging the sharing of commissions between listing brokers and buyer brokers. The plaintiffs want buyers to pay their brokers directly.

“If you were to require buyers to bear that additional cost, you have to realize you are harming low-income people, often minorities. You’re going contrary to fair housing [and] first-time homebuyers who aren’t going to have a lot of money,” Bierig said.

“All these things are going to be discouraging sales of homes by people who are barely able to afford a home now. The system as it works, the buyer in some ways is paying for it as we know through the cost of the home.

“But the system is actually encouraging homeownership by people who might otherwise not be able to afford it if they had to also bear the commission directly out of pocket,” he continued, prompting clapping from the audience.

Watch the full conversation above on Inman Select. 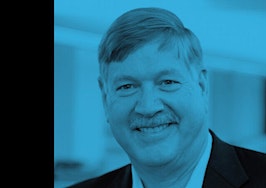 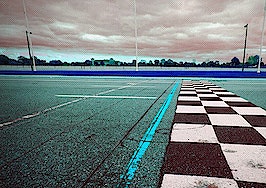 Get it done! 5 steps for mastering the art of execution
Back to top
The best event in real estate kicks off next week! Tickets are selling quickly.Register Now×
Limited time: Get 30 days of Inman Select for $5.SUBSCRIBE×
Inmanpot
Log in
If you created your account with Google or Facebook
Don't have an account?
Create an Account
Forgot your password?
No Problem