Fierce competition for top agents, capturing consumer eyeballs and market share can often lead to some memorable zingers both on and off the Inman Connect Las Vegas stage. Here are some of the best from ICLV 2019.

On July 30, 2019, Compass announced that it has now raised approximately $1.5 billion in funding. Compass has also opened a new tech hub in Seattle with more than 300 employees.

“In a statement, the company said the new round will position Compass to make further investments in software development, including support for the launch of the redesigned consumer search and app experience,” Inman staffer Patrick Kearns reported.

Onstage at Connect, however, Compass CEO Robert Reffkin admitted that a big chunk of that has gone to build market share (signing bonuses and acquisitions), for establishing physical locations, for coordinating with over 800 MLSs and to the development of its CRM and other technology tools.

According to KW President Josh Team, KW already has all that in place. Team summed it up like this, “We’ve got more people using our system every hour than almost any of our competitors have in their entire ecosystems,” Team said at Connect.

He continued, we were also named by Fast Company as the No. 1 most innovative real estate company for 2019, and KW Labs won the NAR hackathon, pitch battle for 2018 that challenged software developers to build an innovative product that leverages artificial intelligence and machine learning to serve the industry.

“My job is pretty easy. I’ve got one billionaire guy I answer to who is a Realtor,” Team said in terms of KW’s funding and philosophy. Moderator Clelia Warburg Peters jumped in to ask how much Keller has invested in the platform.

“He’s already committed [to] over $1 billion, and he’s even told me privately, ‘I’ll go above that,'” Team responded. “This is not about money.”

Perhaps this round goes to KW.

What was probably the best takeaway and the best zinger?

He began his talk by asking: How many people think Zillow, Opendoor, Redfin and Compass are profitable?

The answer: None of these big disruptors are profitable.

DelPrete went on to say: “Profitability these days is passé.

“Red is the new black,” he quipped.

In terms of the best takeaway, DelPrete summed it up like this: IBuyer offers are the new Zestimate. What better way is there to price your home than having a written cash offer? It’s better than any CMA or algorithm.

DelPrete went on to explain how the growth of Zillow’s $1 billion Premier Agent program has ground to a halt, due largely to Opendoor and increased costs per lead.

Making matters even more difficult, in 2018, Zillow was paying 85 cents per lead or using the “gap basis” number $1.10. (What this means is that for every dollar Zillow makes in revenue, it was spending $1.10 to acquire the lead).

According to DelPrete, the bottom line is: The companies that will win the battle over where the consumer begins their search will be the ones that also empower consumers to make the choice that is right for them.

Wendy Forsythe nailed it when she asked, “How many of you felt like every time you heard the word iBuyer this morning you should have been taking a Las Vegas shot?”

Watch her full talk with Amy Somerville on the top tech trends impacting real estate below.

4. Be better than Vanna White

Realtors often complain that they’re shooting videos, but no one is engaging with them.

Stop making Vanna White tour guide videos of your listings. Instead, try engaging with local business owners or the many other tips Benson offers in the video below. Don’t forget to include puppies!

IBuyers, companies that use technology to quickly buy and resell homes, he alleges, are bilking homeowners left and right.

“Here’s the deal: 60 percent of the American population has no other wealth than equity in their house,” he said, speaking onstage at Inman Connect Las Vegas.

6. They’re coming for us 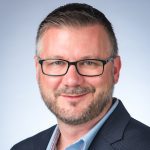 Summing up the Amazon-Realogy partnership, Scott Petronis, chief product and technology officer for Redefy said at Tech Connect, Amazon built a business off of convenience to the consumer, and look where it is now — that’s the future.

Someone coming in from the outside and showing us how it’s done. No one really likes that, but it’s what’s coming, he added.

To see all the other can’t miss moments from Inman Connect Las Vegas, watch video replays of all the best talks. More are added daily.

Bernice Ross, president and CEO of BrokerageUp and RealEstateCoach.com, is a national speaker, author and trainer with over 1,000 published articles. Learn about her broker/manager training programs designed for women, by women, at BrokerageUp.com and her new agent sales training at RealEstateCoach.com/newagent.