Zillow lost, on average, $2,916 on each home it sold in the second quarter of 2019 after interest payments, earnings data shows.

As Zillow’s home buying and selling platform scales up – the company sold 786 homes in the second quarter of 2019 – it still reported losing, on average, $2,916 on each re-sale, after interest, or, costs incurred to finance the home purchases with its revolving line of credit. Despite the loss, that number is trending in the right direction for the Seattle-based real estate tech company.

In the first quarter of 2019, Zillow was losing, on average, $3,268 per home sold after interest expenses, the company reported. It hadn’t broken down the financials of each home sold in previous quarters.

“Over time, our unit economics should benefit even more from other adjacent services, like mortgage origination, title and escrow,” Barton said in a letter to investors. “We expect to be able to leverage these services to support Zillow Offers and improve the consumer’s overall transaction experience, while also generating cost savings for Zillow and our customers.”

Zillow’s cost breakdown on the homes it bought and sold in Q2 | Graphic credit: Zillow

Zillow’s path to improving its profitably off the venture likely includes ancillary services, as outlined by Barton. By keeping mortgage origination, title and escrow in-house, Zillow can not only cut down on costs of using outside vendors but generate more revenue from consumers using those services.

“Longer-term, these services can ultimately be offered in conjunction with Zillow Home Loans and Premier Agents in non-Zillow-owned home transactions,” Barton said.

Zillow acquired Mortgage Lenders of America last year and has been scaling the rebranded Zillow Home Loans into an integrated payment platform for Zillow Offers.

“Zillow Home Loans is a key element of our strategy to offer a seamless end-to-end real estate transaction experience,” Barton said. “We are transitioning the company we acquired in October 2018 — a small, independent, low-volume lender specializing in government-backed loans — into a scaled, tech-enabled, rate-competitive, consumer-direct lender.”

Zillow President Jeremy Wacksman said during the Wednesday earnings call that the company expects the unit economics to be the same over the next two quarters. However, the company does expect to see trending improvements in terms of earnings as a percentage of revenue.

Zillow Offers will be in 26 markets in 2020, and longterm, at scale, the company believes it will have a large total addressable market.

“I think our buy box today would cover half of the homes in the country if we were available everywhere, and we seek to reach and expand the types of homes we buy over time,” Wacksman said. “This really should be the way that every homeowner starts to think about selling. Not only requesting an offer from us, but eventually looking at a standing offer we can make to them as a way to think about their selling options.”

The company’s short-term goal over the next three to five years is to get to roughly 60,000 transactions a year, which would still only be one percent of all transactions. Wacksman said that’s just a step along the way and that Zillow Offers can go beyond that.

Mike DelPrete, a real estate technology advisor and occasional Inman contributor with an expertise on iBuyers, said it’s possible that Zillow is losing more money than other iBuyers like Offerpad and Opendoor because they’ve been growing rapidly and aggressively and have been in the business for a shorter amount of time.

“If you do that, you’re going to be spending a lot of money, really quickly,” DelPrete said.

But he pointed to one distinct advantage that Zillow has over other competitors.

Zillow’s homes segment, under which Zillow Offers operates, now accounts for nearly half of all the company’s revenue. It’s a business-focus shift that’s been more than a year in the making, as its Premier Agent advertising business continues to account for a smaller percentage of overall revenue – although that segment is still growing modestly.

Wall Street didn’t react positively to Zillow’s overall earnings in the immediate aftermath, although that could have more to do with the company lowering its guidance for the rest of the year. The stock has still climbed significantly this year, as Zillow has shifted toward Zillow Offers as the core of its business.

Zillow’s stock closed the day down nearly 16 percent to $41.85 per share at market close on Thursday. That’s still a steep climb from the $30 per share at which it opened the year. 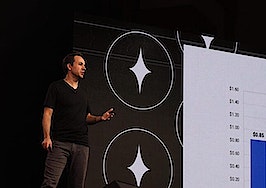 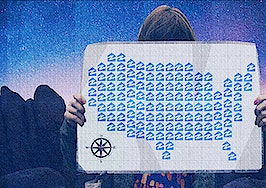 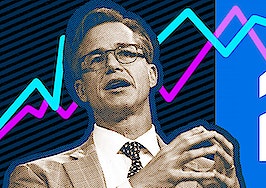 Inman Top 5: The biggest stories of the week Oct. 8-14, 2021
Back to top
The best event in real estate kicks off next week! Tickets are selling quickly.Register Now×
Limited time: Get 30 days of Inman Select for $5.SUBSCRIBE×
Inmanpot
Log in
If you created your account with Google or Facebook
Don't have an account?
Create an Account
Forgot your password?
No Problem