Forty years ago, Art Shapiro promised his future wife that he’d buy her a house on Balboa Island. Here’s how his agent helped him do it.

Art Shapiro made a promise.

He was 16 years old and in love with Maryjane, the girl who would become his wife nearly a decade later. Art and Maryjane would spend a week each year on Balboa Island, dreaming of the day they’d own a home there.

“In our teens, her parents and my parents had rented houses on the island of Balboa and Newport Beach, and we would stay down there a week or so of every year,” Art said. “And I told her back then, when I was about the age of 16, that sometime in our life that I’d buy her a house down there.”

As the years rolled by, the Shapiros never gave up on their dream of having their own Balboa Island estate, occasionally looking at potential homes as they raised four children.

Last year, the empty-nesters took another look and found the perfect home on Amethyst Avenue.

“We went through it, and I told her, ‘I’m going to buy this house,’” he said. “But, she didn’t take me real serious because we were looking at other ones.”

Art contacted his agent, Sharon Farrell of Abrams Coastal Properties, that Monday and made an all-cash offer. But, he also made another request — Farrell needed to keep the purchase a secret. He planned to surprise Maryjane with her dream home, finally making good on his 40-year-old promise.

Farrell agreed to keep Art’s secret safe by telling Maryjane her dream home had gone into escrow and that she had other potential properties the couple would love.

“I would see his wife on the island, although they didn’t live on the island at the time,” Farrell said. “Art would stop by [the office], and I’d see her, and she’d say, ‘Please let me know if the house falls out of escrow. I’m just heartbroken that it’s in escrow, and I really wanted this house.’”

“And you know, it was really hard to keep this secret from her,” she added. “Art felt horrible as well, and nobody else in the family knew.”

Art said it was difficult to keep the secret from his wife, especially when some unfinished construction on the home pushed back the closing date. He tried his hardest to keep the ruse alive, even to the point where he’d drive by the home and point out the yard sign, noting that someone else bought the home.

“We got into escrow on the house, and I didn’t tell her,” recounted Art. “We’d made a point of going down Amethyst and seeing the ‘for-sale’ sign, and it stated it was escrow. And I’d say, ‘Aw, man that one got away.’”

After two months, Art finally closed on the home. During the final signing of documents, Farrell suggested that she plan something special for the couple. They’d figure out a way to get Maryjane to the home and film the moment when Art revealed he’d bought the home.

They quickly created a plan: Art would take Maryjane and their four children to a nearby property for an open house. Of course, the listing agent wouldn’t be available, and he’d call Sharon to tell her about the bad news. Sharon would then tell them to come to Amethyst and wait, since she was filming a staging before and after video for the home.

“I knew it wasn’t going to be open, so I played it off and called Sharon to ask her what was going on,” said Art while quietly laughing about the plan.

Meanwhile, Farrell and her brokerage’s marketing director, Kyle Gunderson, strategically placed cameras in the kitchen so Maryjane’s reaction would be caught from every angle. She also placed the key in the kitchen island’s drawer and hid champagne for a toast.

As the couple walked in, Maryjane marveled at the decor, still seemingly sad about missing out on the listing. Then slowly, Art walked over to the drawer, pulled out a key and told Maryjane, “So, I’m not one to break promises.”

The room broke out into screaming and joyous laughter as Art told his wife and family that Amethyst belongs to them.

“I was so nervous and so excited. You can see when it clicked for her, and I was in tears,” Farrell said. “It’s absolutely the highlight of my career. This doesn’t happen a lot in real estate, especially in Newport Beach.”

“It’s a very, very wealthy area, and with that comes a lot of ‘You know, here’s a $4 million house, and I’ll pay cash for it,’ and nobody cares or blinks an eye,” she added. “And [Art] paid all cash for the home, but the storyline is that he made a promise, she had a particular house in mind, and it all worked out. It was just spectacular.”

The Shapiros have settled into their new second home, often spending their weekends enjoying the breeze and munching on Balboa Bars — the island’s signature ice cream treat.

“It’s just one of those places where you can go for 10, 20, 30, 40, 50 years, and it’s changed a little bit just because of the real estate and the homes being torn down and rebuilt, but the main street, Marine Street, is the only way on besides the ferry on the other side,” Art said.

“You go to same places, you eat at the same restaurants, shop at the same stores and get the same ice cream, the Balboa Bar, and you still get excited each time you go.” 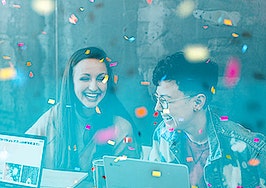 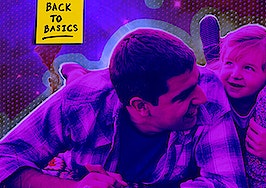 Helping buyers find a home for the fam? Share these 7 tips 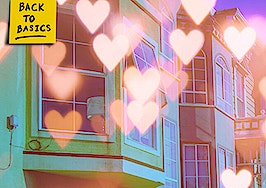 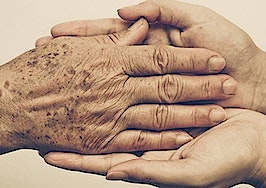 Lesson Learned: Have a servant’s heart