A private equity firm that has recently begun pushing into the real estate industry has acquired a majority stake in Inside Real Estate, a company that provides tech platforms for agents and brokers.

Inside Real Estate announced the new relationship Tuesday, saying in a statement that New York-based Lovell Minnick Partners (LMP) will now serve as its “new primary financial investor.” Joseph Skousen, Inside Real Estate’s president and founder, further explained to Inman that LMP’s backing will give his company the ability to further expand, grow its customer base and make acquisitions in the future. 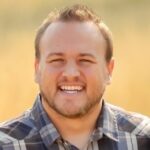 “They’ve got a fantastic track record,” Skousen added of LMP. “They’re well-aligned with us in terms of where this industry is headed. They’re great partners with us.”

In their statement on the new partnership, the two companies notably avoided the word “acquisition,” and Skousen downplayed similarities to other recent mergers, such as Compass’ controversial purchase of Contactually.

However, Skousen did say that two LMP partners will now serve on his company’s board of directors, and that LMP has a “majority” stake in Inside Real Estate, though he did not say specifically how large that stake is.

Other financial details of the partnership also were not made public Tuesday.

Inside Real Estate’s leadership team will remain in place going forward, and executives from both firms expressed excitement about their new relationship. 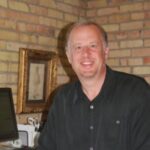 “This new partnership provides our customers the continued confidence that Inside Real Estate will remain an independent, reliable and innovative tech partner and support the growth of their real estate business for years to come,” Inside Real Estate CEO Ned Stringham said in a statement. “LMP has an exceptional track-record of picking winners. It’s an honor to have their confidence and support.”

John Cochran, an LMP partner, added in the statement that “we’re thrilled to be backing this exciting business and extremely capable team.”

Inside Real Estate launched in 2016 and is based in Draper, Utah — an area with numerous tech companies and which in reference to the nearby mountains has been dubbed the “Silicon Slopes.” The company offers a comprehensive tech platform geared toward brokerage customers, as well as a lead generation and customer relationship management platform (CRM) for agents and teams. Inside Real Estate’s technology also gives agents access to a variety of purpose-built apps, and integrates with well-known sites such as Facebook and Zillow.

In its statement, Inside Real Estate said it serves “over 200,000 top brokerages, agents and teams.”

LMP was founded in 1999 and focuses on the financial services industry. Over the past two decades, the company has raised $3.2 billion from a variety of institutional investors and has ultimately poured money into 50 companies, according to its website.

However, real estate professionals may primarily recognize LMP thank’s to another recent acquisition: Attom Data Solutions. The private equity firm snatched up the well-known analytics company in January, and together with this latest move seems to have a growing appetite for real estate-oriented businesses.

In the case of Inside Real Estate, Skousen said that the focus going forward will be on growing his company on multiple fronts.

“We want to see continued growth in the number of agents and the number of brokerages we service,” he said, “and what we’re also looking at is the growth of productivity.” 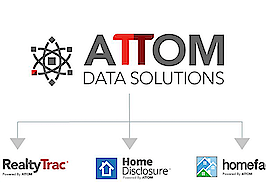 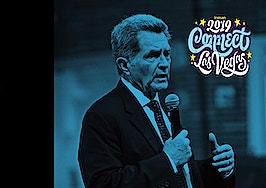 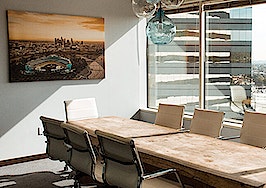