Are you a fan of fixer-upper shows, haunted or otherwise creepy houses and true crime TV? Then you will love the latest home renovation show: Murder House Flip. Think Flip or Flop, with a sordid, and in some cases, paranormal, twist.

The show, which will premiere on the new mobile-only streaming platform Quibi in April 2020, will feature renovations of “the country’s most infamous homes — the ones known for the mysterious murders and incredible intrigue committed within their walls.” Along with a team of builders and decorators, forensic specialists and spiritual healers who dig up details about the home’s past will be featured as part of each episode’s plot line.

The idea, according to the show’s producers, is to show the transformation of not just a home’s physical appearance but also its spiritual energy. This could mean revamping a house that had been the site of a crime or dealing with a property’s haunted history.

“We are excited to partner with Quibi to deliver a spin on a home makeover show in unique short form content,” Josh Berman, the executive producer who also worked on the CSI shows, said in a press release. “‘Murder House Flip’ combines home renovations with the intriguing elements of a true crime series.”

The producers have not yet revealed what storylines would look like or which homes will be featured on the show — the Charles Manson mansion or the home where music producer Phil Spector killed his girlfriend come to mind as potential choices. The show, which is set to premiere just after the launch of Quibi, will be one of the first new shows to be featured on the new mobile streaming platform. 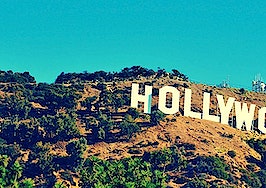 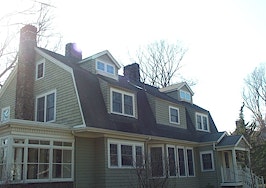