Sean Pavone on Shutterstock.com
by Patrick Kearns
You successfully shared the article.
Close

“StreetEasy Experts” will now allow buyer’s agents to advertise themselves on specific listings.

StreetEasy, the New York City-based listings portal owned by Zillow, is launching a new targeted advertising program that will allow agents to market themselves as experts on specific buildings and listings.

StreetEasy Experts is an expansion of the company’s Building Experts platform with a few key differentiators. Before, agents could market themselves as an expert on a building’s page on StreetEasy, but now they can target individual listings.

“Experts is a fantastic option for single agents looking to expand business in buildings where they have familiarity and prior knowledge,” the website promoting the program reads. “NYC buyers especially value agents with a track record of deals in a specific building, who know about fine points like the board approval process.”

Agents can’t just target any listing and claim themselves to be an expert. They need to demonstrate a proven track record of success within the building, by claiming their deals on the StreetEasy platform.

The expert will appear alongside the listing on the right side of the page and from there consumers will be able to access that agent’s entire history within the building. The consumer will then have the option to connect with one of the experts – up to three will be listed on the building – or contact the listing agent directly.

The platform comes at no upfront cost for agents. StreetEasy Experts works on a referral fee where agents pay back a percentage portion of their commission to the platform. A spokesperson for the company declined to disclose the exact referral fee rate but said it’s based on industry-standard referral arrangements.

Zillow has also been testing a flex pricing model – where agents pay a portion of their commission to Zillow for leads they close – in several markets. In those markets, it’s replacing the current Premier Agent – where agents pay upfront for a share of leads based on their ZIP code.

The fee that agents pay for the flex pricing model is roughly 35 percent of commission earned, the industry average, according to Greg Schwartz, president of media and marketplace. The platform is still in the testing phase so the company hasn’t settled on an exact number.

StreetEasy ran a pilot of the program with approximately 700 agents and feedback from agents, listing agents and sellers has been overwhelmingly positive, according to executives. Agents claim they have received a 50 percent increase in buyer submits per listing view and the company reported an overall 10 percent increase in customer satisfaction.

“Connecting buyers with agents who have targeted experience resulted in more frequent, smoother transactions, while providing buyers with greater support and knowledge,” the company said. “Listing agents also found that fellow building experts can provide assistance with board packages and qualifying buyers, particularly in co-ops.” 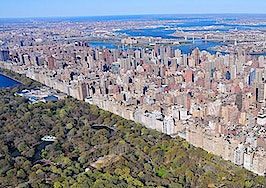 StreetEasy launches agent app. Not everyone is happy 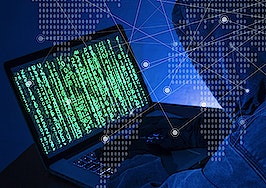 1 million StreetEasy accounts have been hacked 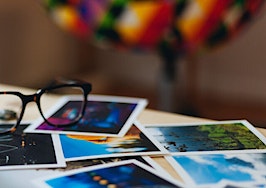 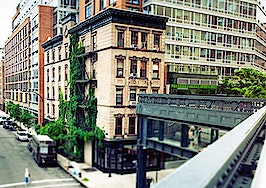