Zillow Offers, the all-cash homebuying and selling service, has launched in Sacramento, it was announced Monday.

The new market, Zillow’s third in California and 20th nationwide, puts Zillow’s iBuyer presence in line with market leader Opendoor, which also operates in 20 markets. Since launching in Phoenix in April 2018, Zillow Offers has expanded into Las Vegas, Atlanta, Denver, the Twin Cities and Portland as well as San Diego and Riverside in California, among other markets. Most recently, the iBuyer expanded into San Antonio and Austin in Texas.

The all-cash offer model, in which sellers receive an offer from Zillow in exchange for a service fee of around 7 percent within 48 hours, uses local brokerages execute  transactions. Popular among homeowners who need to sell fast, Opendoor and Offerpad and Redfin, have all launched similar all-cash offer platforms.

“Selling a home is hard, and managing the work it takes to prepare it for sale and host showings or open houses can feel like a full-time job,” Zillow Brand President Jeremy Wacksman said in a statement. “With Zillow Offers, we do that work for you. We’re really excited to bring this service to the California state capital today and take the friction out of a stressful experience.”

Zillow Offers, in particular, has been expanding to new cities at breakneck speed, launching in San Antonio and Austin as well as Nashville, Tennessee, in the past month alone. According to the company, at least 100,000 homeowners have requested all-cash offers on homes since the service launched early last year. It next hopes to move into Cincinnati, Ohio; Jacksonville and Tampa, Florida; Tucson, Arizona; Oklahoma City, Oklahoma; and Los Angeles, California, by mid-2020. 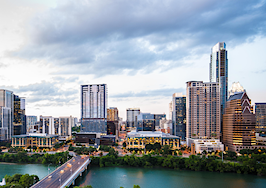 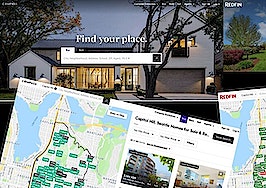