Photo by Dustin Tramel on Unsplash
by Andrea V. Brambila
Share this article
You successfully shared the article.
Close

But pushing the 14-year veteran out of the MLS won’t be easy. “I’m rock solid,” Jim Harrison told Inman. “That means the mind’s all there, I’m ready to work.”

Jim Harrison, longtime president and CEO of Silicon Valley-based multiple listing service MLSListings, has been put on leave, a move he fears is meant to push him out of the company.

Harrison has headed MLSListings since May 2005 and grown the MLS to about 16,000 agent and broker subscribers. He told Inman in a phone interview that he was put on paid administrative leave on September 28. Asked why, he said, “I’m not going to go into details. It’s bullshit.” 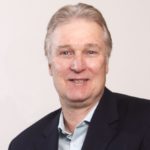 MLSListings COO Dave Wetzel is currently acting CEO. In an emailed statement, Wetzel told Inman, “Jim is on administrative leave at this time. As you can understand we are asking everyone to respect his privacy, and for that reason this is all we can say. Operations at MLSListings are continuing as usual. We will update you as is appropriate.”

Harrison made waves last year when he called for more transparency from the National Association of Realtors in an op-ed, at a time when the trade group planned to raise annual dues for its 1.3 million members. NAR called the op-ed “bullying” and Harrison later apologized for it and said it was written by a consultant under his name.

Harrison said the op-ed didn’t have anything to do with the administrative leave. He said that after he was put on admin leave his doctor put him on medical leave because a virus he caught earlier in the year was affecting his ability to walk. He planned to return from medical leave two weeks ago after feeling better, but was not allowed to and is currently on paid administrative leave. 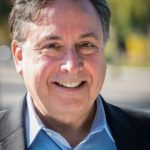 “Somebody’s trying to push me out, apparently. Nobody’s given me any rationale. This is more like a he-said, she-said thing,” Harrison said.

“I don’t even understand what it’s all about,” he added.

“Paid administrative leave” in the corporate space is often associated with the “me too” movement these days. But asked whether his leave had anything to do with sexual harassment allegations, Harrison said, “It does not. My wife would kill me. I’m actually not completely sure what the allegations are.”

He added, “I don’t really know what they’re deliberating. It’s not been shared with me.”

But he said pushing him out was not going to be easy.

“I’m rock solid,” he said. “That means the mind’s all there, I’m ready to work, I’ve got stuff to do. They’re making it difficult for me to do my work right now,” he said, noting he had to present the company’s budget in December.

He said there was “nothing wrong” with his job performance and he’d just gotten an “awesome performance evaluation.”

He noted that he had “fought like cats and dogs” with MLSListings’ chairman, Compass broker Karl Lee, this year.

For now, Harrison said he hasn’t hired an attorney at the request of some MLSListings officers. He doesn’t think MLSListings is shopping for a new CEO.

“I’m kind of a strong manager. I’ve been running this company for 14 years. We’ve done some amazing work. I don’t see any reason why that shouldn’t continue,” Harrison said.

MLSListings formed a new company last year — along with four other MLSs — called MLS Aligned. MLS Aligned was the first runner up for an Inman Innovator Award this year in the most innovative MLS, association or industry organization category.

MLSListings teamed up with Arizona Regional MLS, Metro MLS in Wisconsin, RMLS in Oregon and UtahRealEstate.com to create the MLS Aligned API. The API is an application programming interface that allows vendors such as third-party listing portals to receive listing data in real time and all at once from member MLSs.

Editor’s note: This story has been updated to note that MLSListings Chairman Karl Lee declined to comment.

When good guys get off the mark: A response to Jim Harrison's NAR criticism 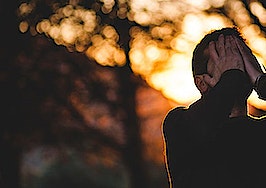 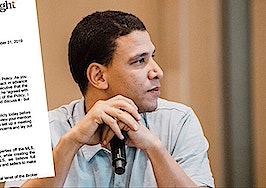