An October statistical analysis published by Clever Real Estate shows that there’s a strong correlation between higher home values and lower crime rates when immigrants, either legal or illegal, are accounted for.

The anti-immigrant policies championed by President Donald Trump‘s administration are inefficient, not backed up by current evidence, and are burning a rather large hole in American taxpayers’ pockets, according to new research from Clever Real Estate, the free online service which connects homebuyers and sellers with top agents in their areas.

Immigrants of all kinds made up some 15 percent of the U.S. population in 2016, according to the U.S. Census. That’s up from 12.5 percent in 2007. Assuming that that percentage has stayed steady, that would mean that currently, just over 49 million residents of the United States are immigrants.

The non-partisan Pew Research Center estimates that there are about 10.5 million unauthorized residents of the United States as of 2017. “Unauthorized resident” means someone who has crossed a U.S. border without permission, or someone who has overstayed their visa, or violated the terms of their visa. Pew has a detailed explanation of how they arrived at this number here.

“The presence of authorized and unauthorized immigrants were both positively related to home values,” found Dr. Franchesca Ortegren, a statistical analyst and research associate in Clever’s research area.

Home values increased by one dollar for each additional seven unauthorized immigrants per 100,000 residents, Dr. Ortegren writes in her report. The same is true for authorized/legal immigrants, according to her statistical analysis. In other words, they rose 14 cents for each immigrant in the vicinity.

Looking at value another way, she points out that additional immigrants push up demand for housing, resulting in increased prices. Foreign-born people are just as likely to thirst for homeownership, perhaps more so. Indeed, the research shows 35 percent of non-citizen immigrants already have achieved the American Dream.

But, she cautions, the reason for this relationship isn’t clear.

“The relationship between the immigrant population and home values is a complicated one and a reason for the relationship is difficult to pin down,” she concludes.

But research from the bipartisan New American Economy Research Fund found that “immigrants add $3.7 trillion to housing wealth in the United States and immigration has helped revive rural and less desirable areas.”

One of the many factors in being able to purchase a house is employment, and on that point, Clever found that foreign-born citizens are far less likely to be without a job than locals. The research also discovered that they have significantly higher incomes than people born in this country.

Furthermore, Clever found that foreign-born citizens had a higher median income ($59,554) than U.S.-born citizens ($54,765) between 2010 and 2017. During the same period, the median earned by non-citizen residents was just $40,855. There is no data on this for unauthorized immigrants.

The typical foreign-born resident is “just as likely to be employed and more likely to be self-employed … meaning they’re adding to the national economy and creating more jobs,” Ortegren found.

The current administration, as have previous ones, have argued that immigrants, especially the undocumented, are dangerous people who bring crime and violence with them to our shores. But on that score, Clever found that the proportion of unauthorized immigrants arrested for dangerous crimes in less than the national average.

Some 56 percent of unauthorized immigrants in custody in 2016 were being held for immigration-related offenses. Only 2 percent were charged with such violent crimes as murder, rape, robbery or assault, 5 percent for weapons violations and 5 percent from crimes against property. Commented Ortegren: “The figures suggest that unauthorized immigrants aren’t committing crimes at a different rate than U.S. citizens.”

Yet, all these incarcerated unauthorized immigrants cost American taxpayers $1.4 million a day, according to the Department of Homeland Security and the Justice Department.

The only crimes more common among this group were drug-related. They were responsible for 24 percent of drug-related arrests, DUIs and overdose deaths, whereas such offenses accounted for 16 percent of all federal arrests.

Ortegran also drilled down to metro areas such as Los Angeles, and found that the unauthorized population there had decreased by almost a third between 2007 and 2016 (compared to a decrease of 18 percent nationwide.) During the same period, the rape rates increased by 72 percent —115 percent faster growth than the U.S. overall. The area also saw a 472 percent larger decline in murder rates than the rest of the country during that same period.

Ortegren concludes the “rhetoric that suggests most immigrants are detrimental to society and the economy (is) largely inaccurate…Illegal immigrants likely do help the economy and crime rates are not related to the presence of immigrants.” 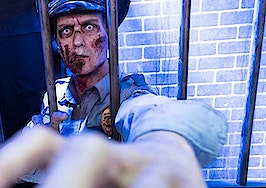 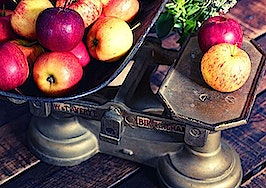 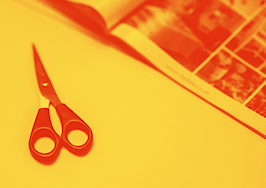 7 safety tips for brand new agents
Back to top
Only 3 days left to register for Inman Connect Las Vegas before prices go up! Don't miss the premier event for real estate pros.Register Now ×
Limited Time Offer: Get 1 year of Inman Select for $199SUBSCRIBE×
Inmanpot
Log in
If you created your account with Google or Facebook
Don't have an account?
Create an Account
Forgot your password?
No Problem