Fidel Fernando on Unsplash
by Lew Sichelman
Share this article
You successfully shared the article.
Close

Could brokers be abandoning the franchise model, electing instead to remain independent under their own flags?

That seems to be the case, if the numbers published in the September/October issue Realtor magazine are any guide.

The latest data from the National Association of Realtors (NAR) shows that only 11 percent of all brokerages were affiliated with a franchise company in 2019. That’s down slightly from 13 percent two years ago, as a writer for Realtor magazine noted in an article on working at a franchise.

The magazine says 42 percent of all Realtors — meaning that percentage of the NAR’s 1.2 million members who are agents and brokers — are now affiliated with a franchise. That’s down, albeit only slightly, from 43 percent two years ago.

The latest figures are always interesting to delve into because they offer a point of comparison for the industry. Everyone has their own metrics that they use to make their own business decisions and to reach their own goals. It’s in that spirit that NAR’s latest survey, the  Residential Franchise Report, might be of use as some sort of rough benchmark.

For the study, the magazine polled 28 brands, from the oldest – Century 21, started 48 years ago — to the newest — Pink Realty, which launched last year.

The survey uses self-reported information by the companies themselves and has not been independently verified, either by NAR’s trade journal or Inman.

The Austin, Texas-based outfit grew by 68 offices and 4,701 agents over the two-year period.

But the largest gains belong to Berkshire Hathaway HomeServices, which opened an additional 137 offices and landed an additional 6,521 agents under its banner. The company now has a total of 1,450 offices nationwide and 50,000 agents and brokers, according to the report.

But a closer look shows that Coldwell Banker, headquartered in Madison, New Jersey, lost 35 offices and 3,808 agents over the two years since the bi-annual survey was last conducted. And Century 21, also based in Madison and also under the publicly traded corporate parent Realogy Holdings Corp. along with Coldwell Banker, dropped 42 offices and 1,775 agents.

Exit Realty took the biggest hit, though. It dropped 5,000 agents while adding 29 offices.

And what about the fledgling Pink Realty? The new kid on the block has eight offices with 66 agents. By the way, the name Pink has nothing to do with the women’s movement, though the Colorado Springs-based company’s CEO is Monica Breckenridge.

It’s just that pink is Breckenridge’s favorite color. She’s a skin cancer survivor, and she has a strong interest in funding breast cancer research. It’s also an easy-to-remember name, she’s said in the past.

The poll results, as printed in the magazine and online, also detail each chain’s franchise fee, on-going royalty fees, the length of the agreement between the local broker and the homes office, whether the contract is renewable and at what cost, and the monthly charge for advertising.

The initial franchise fees vary from $1,000 to as much as $35,000. Better Homes and Gardens Real Estate, Engel & Volkers, Keller Williams, the Nest Realty Group, RE/MAX and United Real Estate are among the ones charging the high end franchise fees. But agents can join Realty Executives for a mere $1,000.

Contracts range from as short as a year to up 10 years. Some – but not all – are renewable. 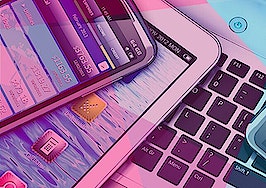 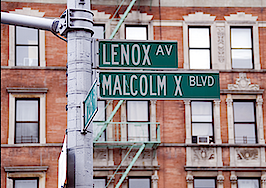 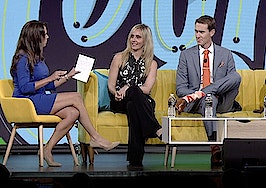 WATCH: How to build a brand that lasts