The company is working with the attorney general’s office in Washington, D.C. The efforts come amid a growing interest in fighting real estate discrimination.

Amid a growing interest in the problems associated with real estate discrimination, Zillow struck up a deal this week with officials in Washington, D.C., to try to prevent discriminatory housing ads.

The agreement with the Washington, D.C., Attorney General’s Office involves Zillow improving “its existing filter to catch listings with words or phrases commonly connected to source of income discrimination,” according to a statement. Zillow will also review its efforts each quarter and refine them as needed.

The statement explains that officials reached out to Zillow after discovering property listings on its website that violated local laws. Among other things, those laws make “it illegal for landlords to refuse prospective tenants simply because they rely on vouchers or other forms of housing assistance.”

The attorney general’s letter to Zillow, dated June 21, does not threaten any legal action, but does request a call or meeting with the company to discuss how illegal ads can be blocked or removed for the website. The letter also includes examples of ads stating that landlords will not accept housing vouchers. 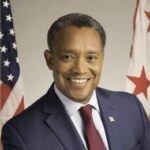 In response, Zillow improved its filter that “identifies and removes content that include a now-expanded list of words or phrases associated with source of income discrimination.”

“The Office of Attorney General appreciates Zillow’s willingness to collaborate with the district in our fight against source of income discrimination,” Washington, D.C., Attorney General Karl Racine said in a statement.

A Zillow spokesperson told Inman that the filter highlighted by the A.G.’s office is designed specifically for the Washington, D.C., area. However, the spokesperson added that efforts in that region are part of a broader effort at Zillow to improve ad filters. 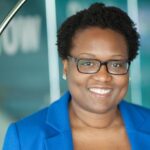 In a statement, Racquel Russell — Zillow’s vice president of government relations and public affairs — also said that the company “believes that everyone deserves to find a home, free from discrimination in the process.”

“Zillow is committed to ensuring our customers have an equitable experience on our platform and are committed to driving this work forward,” Russell added.

The deal in Washington, D.C., comes amid a growing focus on the ways discrimination currently plays out in the real estate industry. In Zillow’s own case, the company was accused in April of allowing discriminatory ads. The allegations came up after a Twitter user flagged ads that allegedly included phrases such as “no blacks near me.”

At the time, Zillow said it works to block discriminatory content on its site but that some occasionally slips through.

The allegations against Zillow also came just a week after the Department of Housing and Urban Development (HUD) charged Facebook with housing discrimination. According to HUD, ads on Facebook’s platform had violated the 1968 Fair Housing Act.

The issue became even more urgent this week after a groundbreaking, three-year report from Newsday identified what it described as widespread racial discrimination among real estate agents in Long Island, New York. The report examined thousands of listings and scores of agents, ultimately alleging that real estate professionals directed undercover investigators to areas that matched their own race or ethnicity, among other things.

The report prompted a wide-ranging conversation within the industry, and elicited calls from real estate luminaries such as Redfin’s Glenn Kelman to do more to fight discrimination.

The new agreement between Zillow and the Washington, D.C., attorney general addresses just one piece of the puzzle when it comes to discrimination, but indicates that real estate firms are taking measures to address the issue.

The new agreement also comes after the A.G.’s office struck up a similar arrangement with Apartments.com last month. According to the the A.G.’s statement, officials are now trying to forge partnerships with online classified site Craigslist and Mid-Atlantic multiple listing service Bright MLS.

In his statement on Zillow, Racine also suggested his office’s efforts to confront discrimination were far from over.

“We need more partners like Zillow and Apartments.com,” he explained, “to step up and ensure that landlords who operate on these platforms comply with the District’s anti-discrimination laws.”

Update: This post was updated after publication with additional information from the A.G’s letter to Zillow.