Two private sector-led efforts to address the homeless problem in Austin and San Antonio, Texas, are showing promise. Other cities around the country could follow their lead.

As we gather to celebrate the Thanksgiving holiday, more than half a  million Americans are homeless. Community First! Village in Austin and Haven for Hope in San Antonio are shining examples of what can be done when communities come together to deal with the homeless problem.

At a recent dental appointment, my dentist and his assistant were discussing one of the most controversial issues to hit Austin — the City Council’s decision to allow the homeless camp on public streets. Once the ordinance passed, tent cities immediately popped up on Austin city streets. Along with them, so did the same types of issues that Los Angeles, Seattle, and San Francisco are experiencing.

My dentist told me that he was volunteering his services, along with 29 other dentists, one day a month at Community First! Village. One of the dentists had donated two chairs and all the necessary equipment for a small dental office.

It turns out that my dentist and his industry colleagues are part of a larger local community pulling together to help the homeless. Many other medical, religious and business volunteers donate their time, money, expertise, goods, and services to the community, which is located just outside the Austin City limits in Travis County. It’s a community of RVs and tiny homes, and all residents have to pay rent.

Here’s how the community describes itself:

Community First! Village is a 51-acre master planned community that provides affordable, permanent housing and a supportive community for men and women coming out of chronic homelessness. A development of Mobile Loaves & Fishes, this transformative residential program exists to love and serve our neighbors who have been living on the streets, while also empowering the surrounding community into a lifestyle of service with the homeless.

Alan Graham, a real estate developer and the founder of the non-profit Mobile Loaves & Fishes, started out by feeding homeless people out his pickup truck two decades ago. After spending more time with the homeless, he discovered that what they most yearned for was community.

Graham spent seven years trying to find land within Austin to develop a community for the homeless, but encountered a great deal of “Not-in-my-backyard” attitudes, so he ended up locating the community outside the Austin City limits.

My dentist was impressed with the results — Community First! is a vibrant place to live with access to transportation, much needed services, and a close-knit, supportive community. It’s this focus on the community and resident involvement that has made this project successful.

In 2006, business and civic leader Bill Greehey recognized the serious problem of growing homelessness in San Antonio. Greehey began the effort to create Haven for Hope as an independent 501 (C)3 non-profit organization. The goal was to centralize what Greehey saw as a scattershot approach to addressing the multiple issues that the chronically homeless face.

Today, Haven for Hope provides shelter and services to approximately 1,700 of San Antonio’s homeless population of 2,872, including 300 children. The campus is like a community with 184 non-profits on site. A homeless person or family can get housing, education, counseling, and support, including basic medical and mental health care.

President and CEO of Haven for Hope Kenny Wilson had this to say about this community:

I’ve watched a metamorphosis take place when someone has lived on the street or has a mental imbalance that can’t take care of themselves and they get new clothes and it changes them not just the way that they look to me or others, but the way they see themselves.

Haven for Hope requires about $20 million a year to fund the campus. The  funding comes from a variety of sources that include San Antonio, the Texas state government, the county government, from the United Way and private philanthropy, which provides the lion’s share of the funding at $8 million.

As of 2017, over 250 cities have looked at Haven for Hope as a model to address homelessness in their cities.

In the meantime, back on the streets in Austin

Texas governor Greg Abbott gave the City of Austin until November 1, 2019 to address the homeless encampments on the city streets. If the City failed to do so, Abbott said he would bring the full weight of the various Texas State agencies to bear on the problem.

On November 7, 2019, Governor Abbott announced that the State of Texas had officially opened an area in Austin where the homeless can camp temporarily. According to spokesperson John Wittman:

“This location will provide access to healthcare providers and homeless caseworkers to provide care for the homeless. A new coalition composed of is looking to raise $14 million in private funds to support Austin’s homeless population by opening a new shelter, storage facility, and family reunification program.”

The temporary facility will remain in place until the new shelter opens.

On November 12, 2019, Austin decided to scrap their current plan to renovate a large office building as a homeless shelter. Instead, the bond money would now be used to acquire existing hotels and motels to house the homeless.

But what about California?

There’s no reason the same approach couldn’t work in California or in other places. Across the country, malls, schools, and hospitals are being shuttered and closed. Could these and other vacant facilities be repurposed to create a campus like those in Austin and San Antonio?

As Community First! and Haven for Hope illustrate, we can greatly reduce the homeless problem if we have the will to do so. Businesses, non-profits, philanthropists, community volunteers, and those of us in the real estate community who would like to take action, have struggled with what to do.

While tech companies such as Apple, Facebook, and Google have pledged billions to address the housing crisis in California, but these are for profit efforts that direct only a small percentage to dealing with the homeless.

Community First! and Haven for Hope are successful programs that other cities are looking to as models to address the homeless problems in their areas. There are numerous other ways to address this issue, but it begins with individuals and communities banding together to find what will work in their area.

My personal Thanksgiving wish is that we see even more solutions emerging in 2020 to cope with this very difficult and thorny problem. 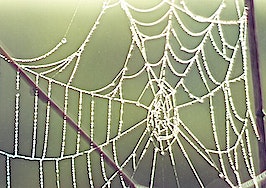 Are listing agents the right people to present your buyer offers? 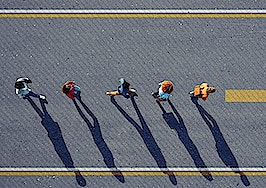 How women brokers are finding their voice in the industry 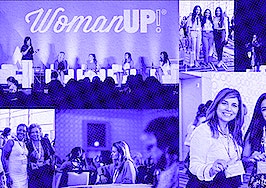 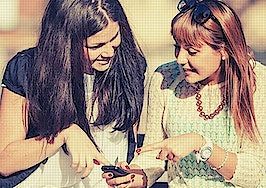 5 ways to amp up your client communication skills