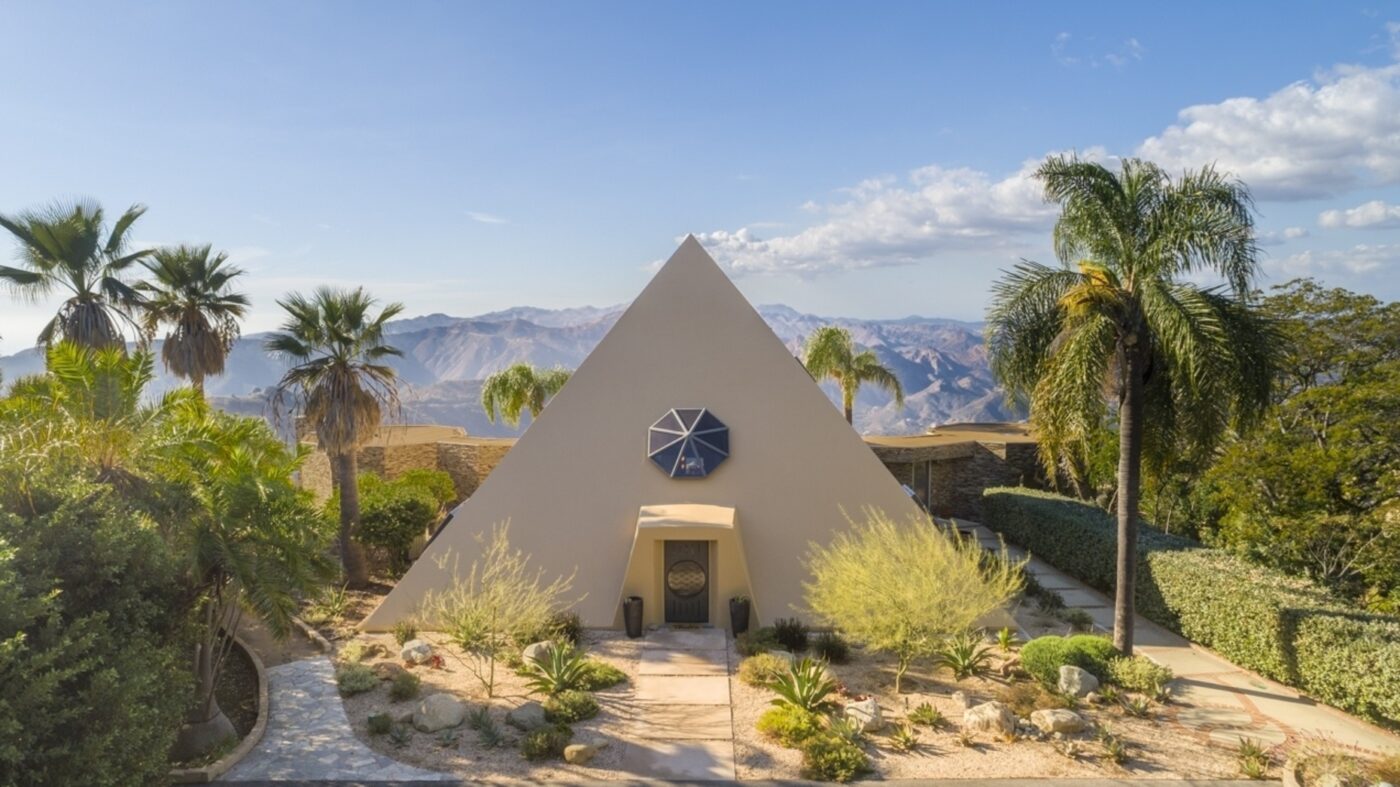 If you’ve ever dreamed of living in a giant pyramid, now’s your chance. A large house shaped like an Egyptian pyramid (or the Luxor hotel in Las Vegas) has hit the market for $2.28 million.

The house, which was built in 1982 and is located at 24861 Rotunda Mesa in Malibu, California, sits at nearly 4,000 square feet and overlooks the sea, city and nearby Santa Monica mountains. Its three bedrooms and three bathrooms are worked into a pyramid shape that has a wide base that tapers out into a pointed top. Rooms have slanted walls and giant-oversized windows that bring in natural light.

To go with the pyramid theme, the first floor has an ancient Egyptian calendar called an Analemma — stripes of light projected from the outside onto the room’s floor. A spiral staircase connects the different floors while balconies on the sides of the home offer views of the nearby valley and city.

A giant house shaped like an Egyptian pyramid (or the Luxor hotel in Las Vegas) has hit the market for $2.288 million.

Rooms have slanted walls and giant-oversized windows that bring in natural light and views of the nearby canyons.

The three bedrooms and three bathrooms are connected with a giant spiral staircase.

The first floor also has an ancient Egyptian calendar called an Analemma — stripes of light projected from the outside onto the room's floor.

The property sits on over 2.4 acres of land filled with gardens, fruit orchards and hiking trails.

“[This is] the chance to acquire a Pyramid,” the listing reads. “This iconic property seamlessly blends spiritual elements with modern luxury and style.”

The house sits on approximately 2.4 acres filled with gardens, fruit orchards and hiking trails. As reported by Business Insider, the current owners bought the house in 2005 for $1.95 million and, after attempting to rent it for $12,000 a month, listed it for $3.1 million in 2018 before re-listing it at the current price.

Mark Gruskin of Westside Estate Agency was the listing agent representing the property.

Once a staple of the 1970s, split-level homes are back in vogue

Check out this building constructed from 5,000 3D-modeled bricks