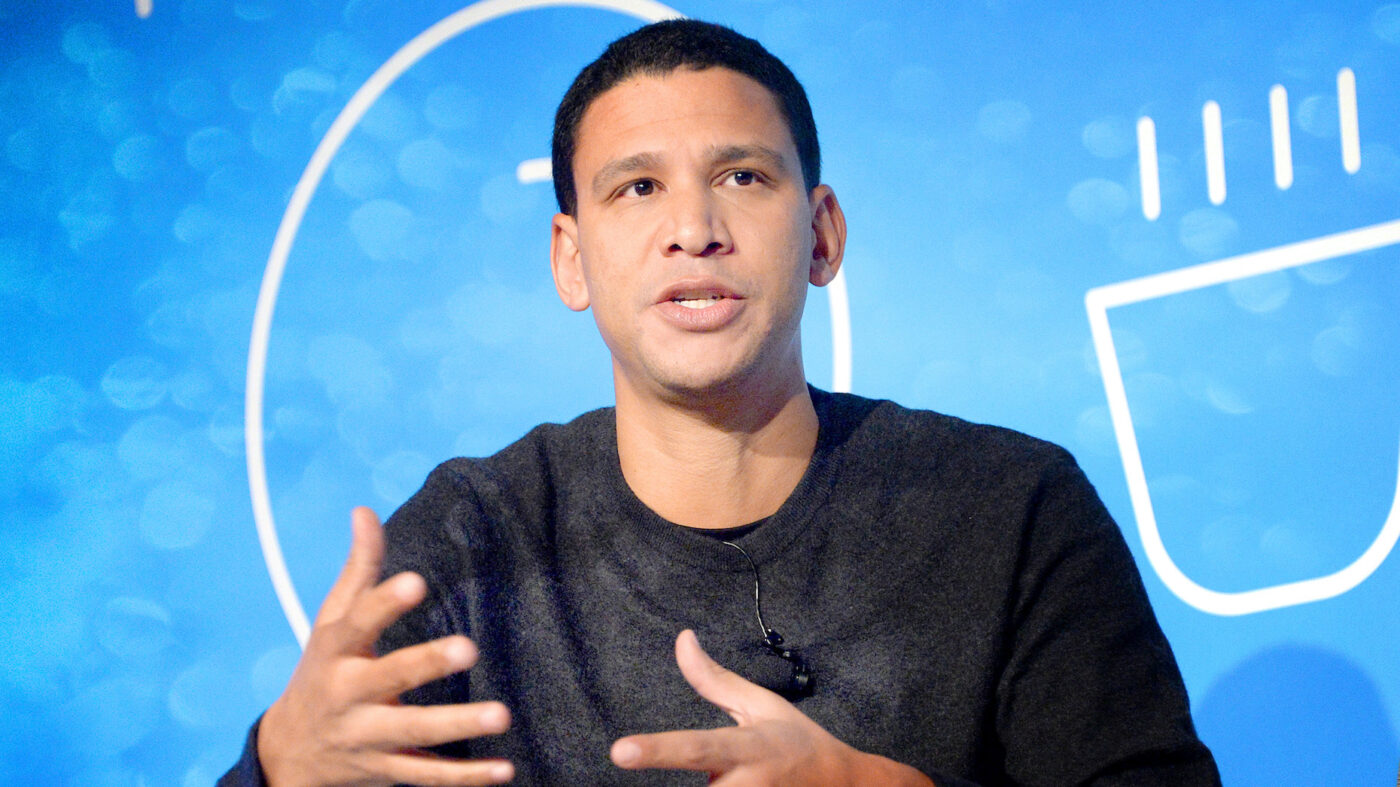 Robert Reffkin argued coronavirus aid shouldn’t be limited to W-2 workers. The National Association of Realtors has also said it is working to ensure aid packages to benefit agents.

In a letter to congressional leaders Thursday, Compass founder and CEO Robert Reffkin called on lawmakers to remember the “particular plight of real estate agents,” and to include assistance for them in coronavirus recovery packages.

The letter, consequently, adds to growing calls from within the real estate industry for political leaders to protect agents amid the scramble to stave off a virus-related financial disaster.

Reffkin’s letter thanks lawmakers for the work they’re already doing, then goes on to argue that real estate agents “are entrepreneurs and small business owners who personify the American dream and represent the backbone of the U.S. economy.” He also notes that there are “roughly 2 million real-estate agents in America” and that the industry is among the most diverse in the country.

“As you craft your recovery proposals, I ask that you not forget about the particular plight of real estate agents and other independent contractors,” Reffkin asks of lawmakers.

He goes on to note in the letter that agents are independent contractors, with an average gross pre-tax income of just $41,800. And that if they can’t show homes due to shelter in place mandates — which have become common during the coronavirus outbreak — they can’t make a living.

As a result, Reffkin argues, lawmakers shouldn’t limit aid to “W-2 employees and the most-frequently-discussed industries.”

“As independent contractors who are not compensated until after a home sale closes, agents will not begin earning back lost revenue until many months after both the financial and housing markets stabilize,” the letter adds.

Reffkin published the letter on Twitter Thursday morning, a day after U.S. Senators approved a relief package related to the outbreak. The package includes an expansion of unemployment insurance, additional funding for food stamps, sick leave mandates and other provisions.

At the same time, lawmakers are continuing to discuss a wider ranging aid package. The Trump administration has proposed a $1 trillion plan that would include sending Americans $2,000 and providing $300 billion in aid to small businesses. The plan would also include significant payouts for the airline industry and other “severely distressed” sectors of the economy.

A Treasury Department document on the proposal didn’t initially mention independent contractors or the real estate industry, though the plan is still being debated among lawmakers and is likely to evolve in the near future.

Whatever happens, though, Reffkin’s arguments hint at the fact that agents could potentially be overlooked if lawmakers don’t specifically find ways to help them. Though things like layoffs make headlines during economic hard times, agents could see their income dry up without technically ever losing their jobs. And unlike salaried workers, independent contractors can’t simply apply for unemployment checks.

It is perhaps no surprise, then, that other industry voices have also come out in favor of federal aid that benefits agents.

On Thursday, Redfin lead economist Taylor Marr noted in a statement to Inman that small businesses “are facing a tidal wave of bankruptcy headed their way and it could have a rippling effect across the rest of the economy as unemployment rises and the consumption of goods and services declines broadly.”

“Homebuyers might postpone their purchases as their own workplaces start to face declining demand and they worry about their future income and ability to afford a new home,” Marr added. “It is very important that the federal government ensures that workers are getting their paychecks as they keep safe at home and that businesses receive help for their lost revenues in exchange for not laying off their employees.”

Referring to the next stage of stimulus packages, Marr also said that “time is of the essence and we need a very comprehensive phase 3 of the economic stimulus to come very soon.”

Similarly, on Wednesday Shannon McGahn — NAR’s senior vice president of government affairs — said in a statement that her organization was talking to lawmakers about upcoming stimulus options. And she praised the aid bill Senators already passed, saying it would benefit self-employed people and small businesses.

“Last week, we urged Congressional leaders to include robust protections for small business owners and the self-employed in this bill,” McGahn said in the statement. “This bill does both, and with the structure of the tax credits, financial relief will come quickly.”

Thank you for your tireless work to respond to this global pandemic and mitigate its devastating effects on the American people and the U.S. economy. In this extraordinary moment, when so many Americans have had their lives and their livelihoods disrupted by the spread of COVID-19, the strong, swift and wide-reaching government action you are presently drafting is not only appreciated but deeply necessary.

As you craft your recovery proposals, I ask that you not forget about the particular plight of real estate agents and other independent contractors. Though often misunderstood and undervalued, real estate agents are entrepreneurs and small business owners who personify the American dream and represent the backbone of the U.S. economy.

There are roughly 2 million real-estate agents in America, according to the National Association of Realtors. Agents are one of the few professions that truly reflect the diversity of the communities we live in. Two-thirds are women, making it one of the largest female-led industries in our country. As an industry, it has long embraced and supported LGBTQ entrepreneurs. They are generous and active citizens, with 70% volunteering in their communities, 95% registered to vote, 91% voting in the last national election. Roughly 14 percent of agents or their spouses are veterans or active-duty service members.

Real-estate agents work incredibly hard for every dollar they earn. The gross income of the median agent is roughly $41,800 per year — before taxes, health insurance and other expenses. In every community in America, large and small, suburban, rural or urban, realtors work tirelessly to help people find their place in the world. All without the security of a steady paycheck.

We all recognize the crucial public-health importance of “shelter in place” policies and social distancing. However, those actions are directly preventing many agents from showing properties. When they can’t show a property, they can’t earn a living.

In addition, real estate is an industry that champions and supports professionals of all ages, with 63% of agents being over 50 years old. In a business built on personal relationships, handshakes and crowded open houses, it is particularly debilitating that this outbreak has proven increasingly dangerous the more advanced your age.

As is true across our stratified economy and within every industry, there are agents who are massively successful and others who are struggling to make it from one paycheck to the next. Many have families. All are concerned about how they will weather this storm.

None of us knows how long this crisis will last, but we do know that for real-estate agents, the economic pain will last even longer than it will for those in many other professions. As independent contractors who are not compensated until after a home sale closes, agents will not begin earning back lost revenue until many months after both the financial and housing markets stabilize.

Congress, of course, has an enormous number of pressing matters to consider right now: how to suppress the spread of this virus and keep Americans safe, how to reinstill confidence in the markets, how to bolster the economy and how to provide support to the industries that have been hardest hit.

With this in mind, I urge you to look out for the hard-working, tax-paying real-estate agents of America with the same care you are for other small businesses and affected industries. As you consider further COVID-19 response packages, I urge you to include benefits for independent contractors, including agents, and not limit this essential support to W-2 employees and the most-frequently-discussed industries.

On behalf of the 15,000 agents in the Compass family — including my own mother — and in support of the millions of agents in America, I ask that you do whatever you possibly can to help. These are diligent and responsible small business owners who plan and prepare for good times and bad — but no one could possibly have planned for a moment like this.

Your help could not only keep these small businesses afloat, but help ensure that communities across the nation are able to make the moves they need to navigate this crisis — towards family members in need of care, away from densely populated areas to ensure safety, or for all of the normal reasons that people move in this country: births, deaths, marriage, new career opportunities and growing families.

I thank you sincerely for your efforts to help the country and the world overcome this pandemic and the far-reaching damage it may inflict on our citizens, colleagues and communities.

Update: This story was updated after publication with additional comment from Redfin economist Taylor Marr

Amid pandemic, 2020 was a year of record-low foreclosures

2021 market will still be hot, but challenges lie ahead: HomeLight
Back to top
New January Connect speakers added: M. Ryan Gorman, Josh Team, Glenn Kelman and more.SEE THE SPEAKERS×
Inmanpot
Log in
If you created your account with Google or Facebook
Don't have an account?
Create an Account
Forgot your password?
No Problem