oakie on Unsplash
by Mike DelPrete
You successfully shared the article.
Close

Several of the earliest hit U.S. markets, with the exception of New York City, have seen an uptick in new listing volumes over the past week. There is a hopeful possibility that activity has “bottomed out” and has started to slowly recover in those markets.

King County, the home of Seattle, was one of the first U.S. markets hit by the pandemic and associated lockdowns. The last week has seen a slight uptick in activity, as measured by new listings coming to market. While new listings are still down 42 percent from early March, they are up 20 percent from last week. 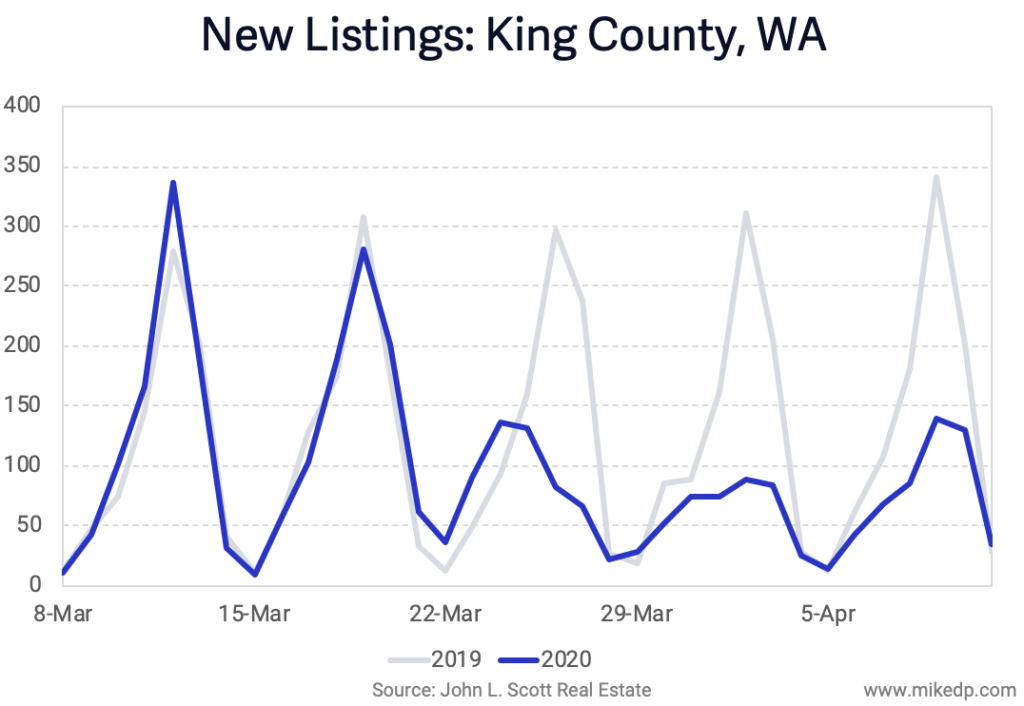 The trend is similar in the surrounding counties; new listings are up 15-30 percent in Snohomish and Pierce Counties. New listings in Portland, which was affected later than Seattle, are still relatively flat.

The East Bay market, which was also affected early by the pandemic and lockdowns, is seeing a similar uptick in new listings: up 30 percent last week. 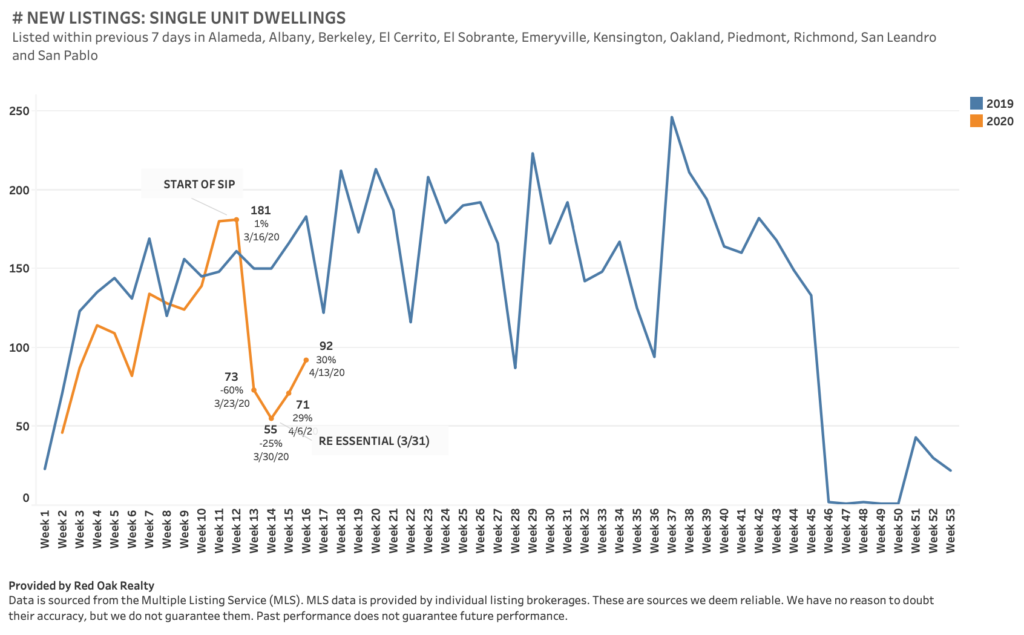 The trend is not consistent across all markets. New listing volumes in New York City are still bleak, down another 50 percent last week. 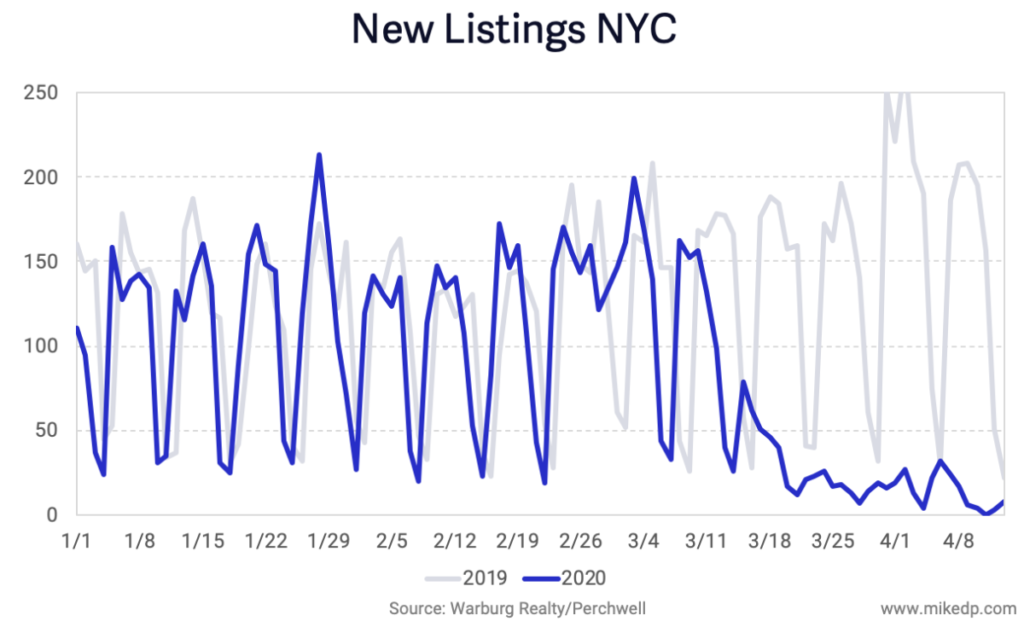 As the earliest hit markets begin to see the light at the end of the tunnel, consumer confidence in real estate is beginning to return. Real estate agents are adapting to the new environment and able to meet changing consumer needs. It’s likely this is the bottom; volumes are unlikely to get worse and will perhaps begin to improve. 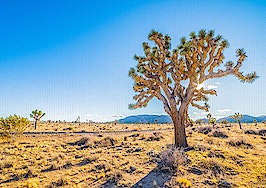 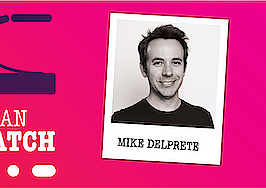 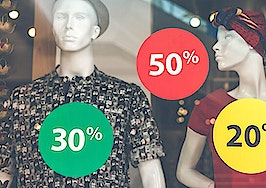 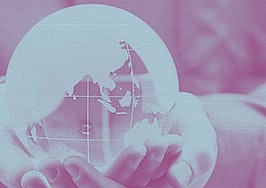 Home prices notch record-breaking growth but show signs of slowing
Back to top
Hear from Realogy, Pacaso, The Agency, Spotify, Redfin, Douglas Elliman, and 100+ more leaders at ICNY.Learn More×
Agent Appreciation Sale: Inman Select for only $85.CLAIM OFFER×
Inmanpot
Log in
If you created your account with Google or Facebook
Don't have an account?
Create an Account
Forgot your password?
No Problem