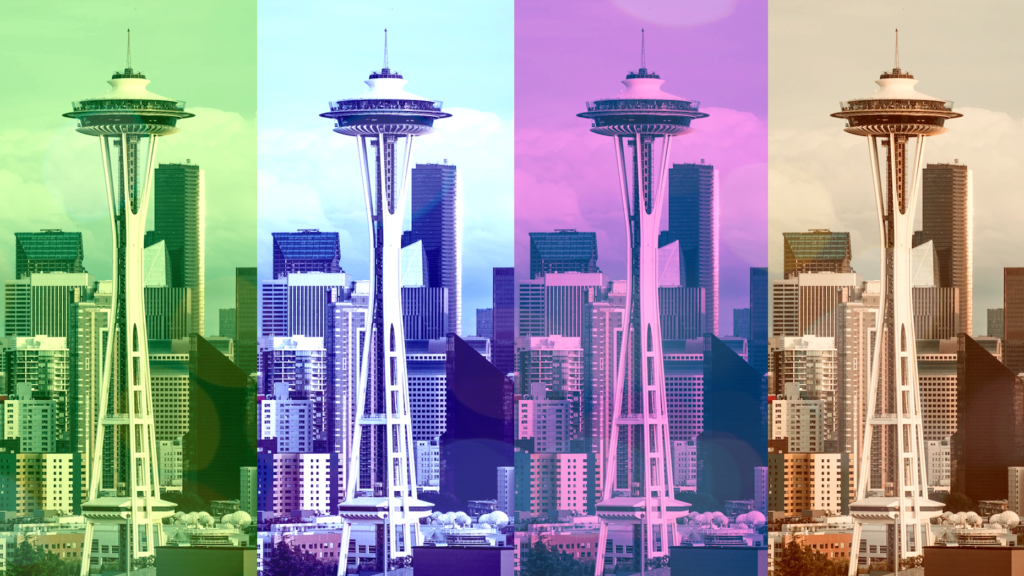 Photo by Andrea Leopardi on Unsplash

Washington was the first U.S. state that saw a confirmed case of the coronavirus. A month and a half later the real estate industry soldiers on amid the chaos.

Washington state was ground zero for the coronavirus in the U.S.

After the outbreak was first detected late last year in China, a 35-year-old man who entered a hospital in Snohomish County on Jan. 19 became the first confirmed case in the U.S. According to the New England Journal of Medicine, the man was otherwise a healthy person, but had recently visited China.

In the months since, other parts of the U.S. — New York, New Orleans, etc. — have suffered more. But Washington’s place as ground zero still makes it a kind of canary in the coal mine for the way that the pandemic ripples across a region’s socioeconomic landscape. With that in mind, here’s what’s going on in Washington right now: 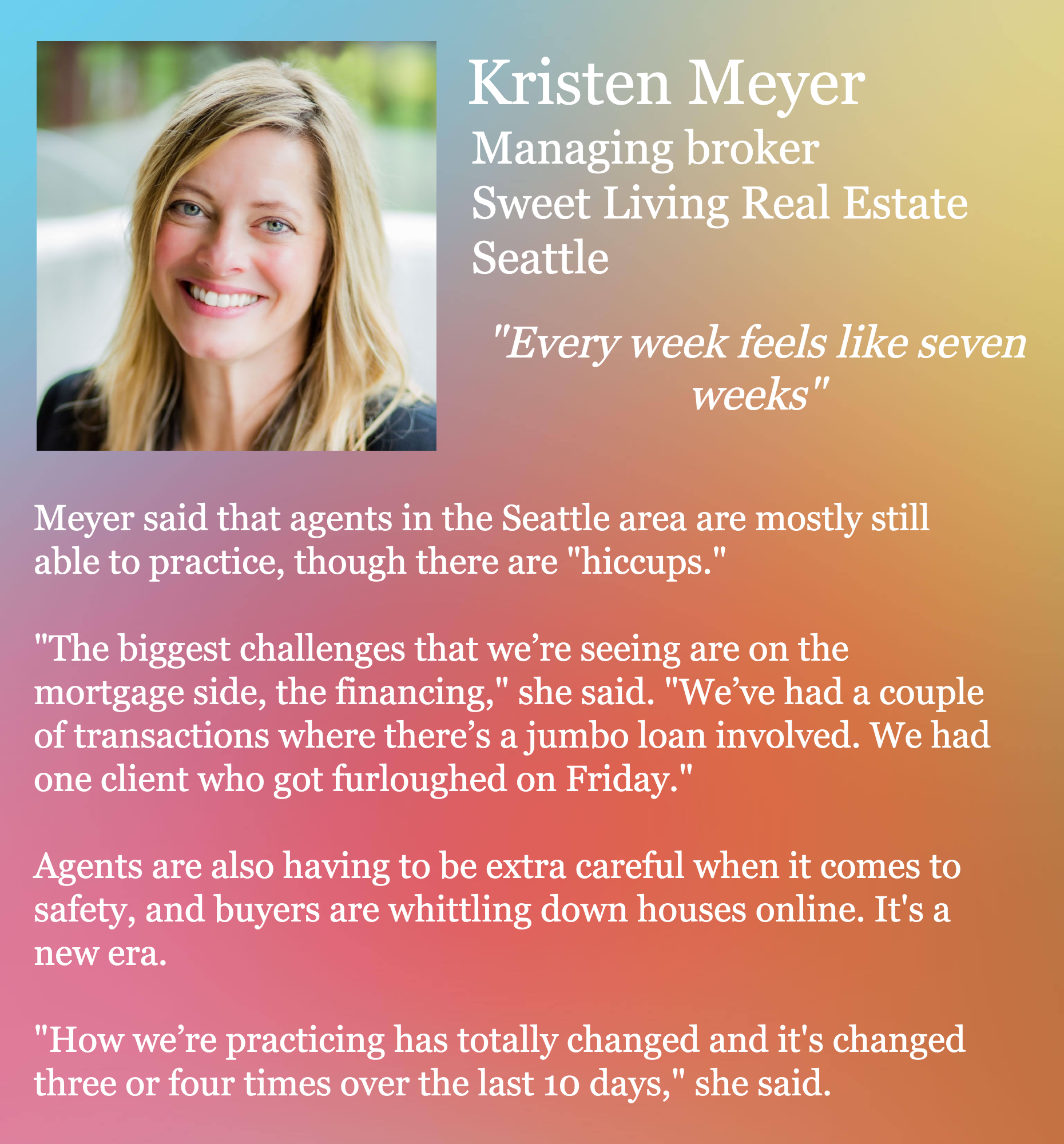 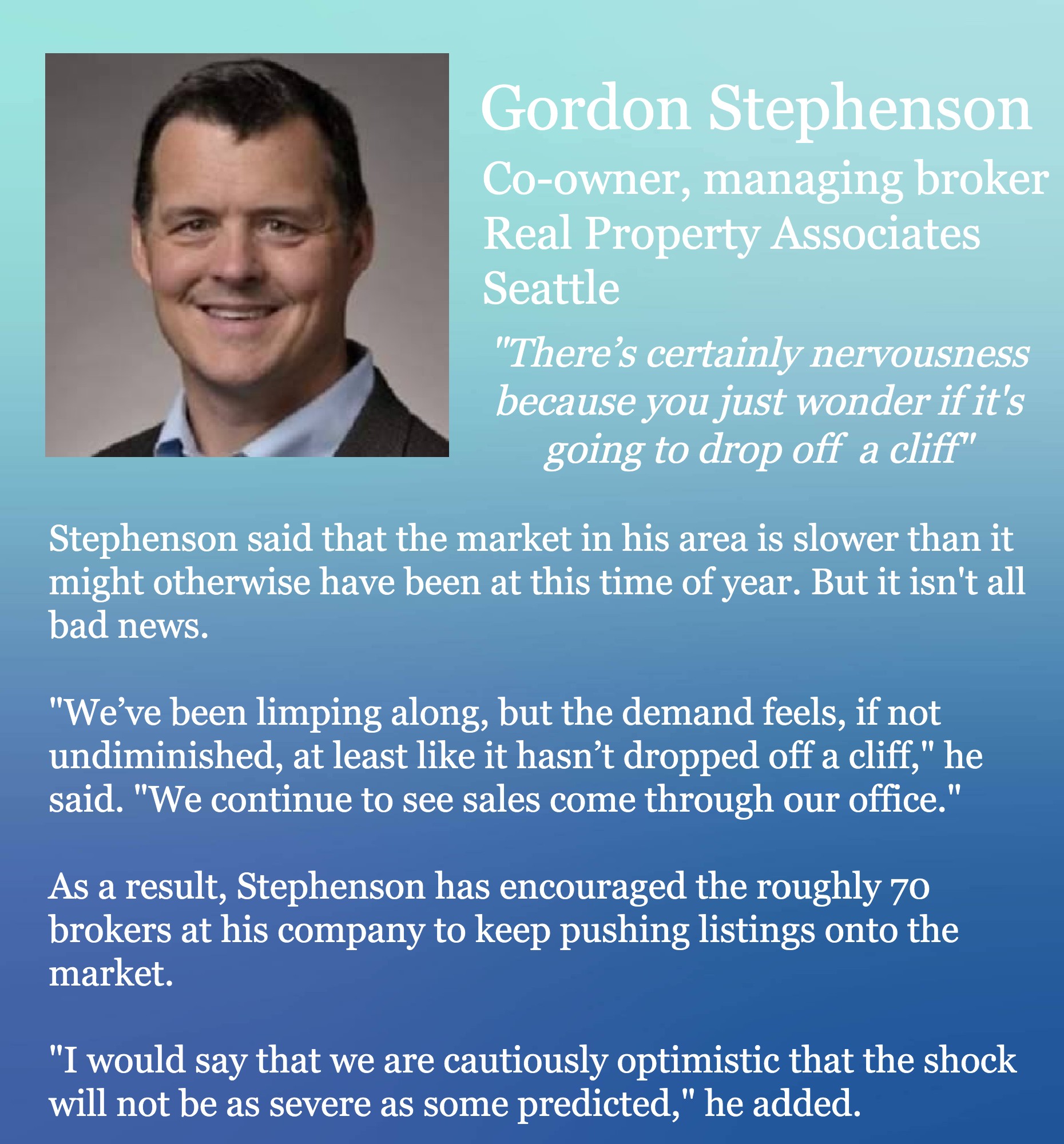 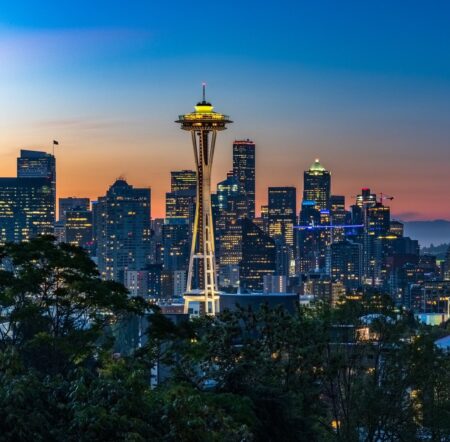 Photo by oakie on Unsplash

According to NWMLS, in King County (non-condo) residential new listings dropped 8.1 percent year-over-year in March. Pending sales were also down 8.5 percent. Closed sales rose 1.9 percent.
King is the most populous county in Washington, with more than 2 million people, and is anchored by Seattle, the state’s biggest city.

The average days on market in King County fell 34.2 percent year-over-year in March for non-condo residential units, from 38 to 25 days. 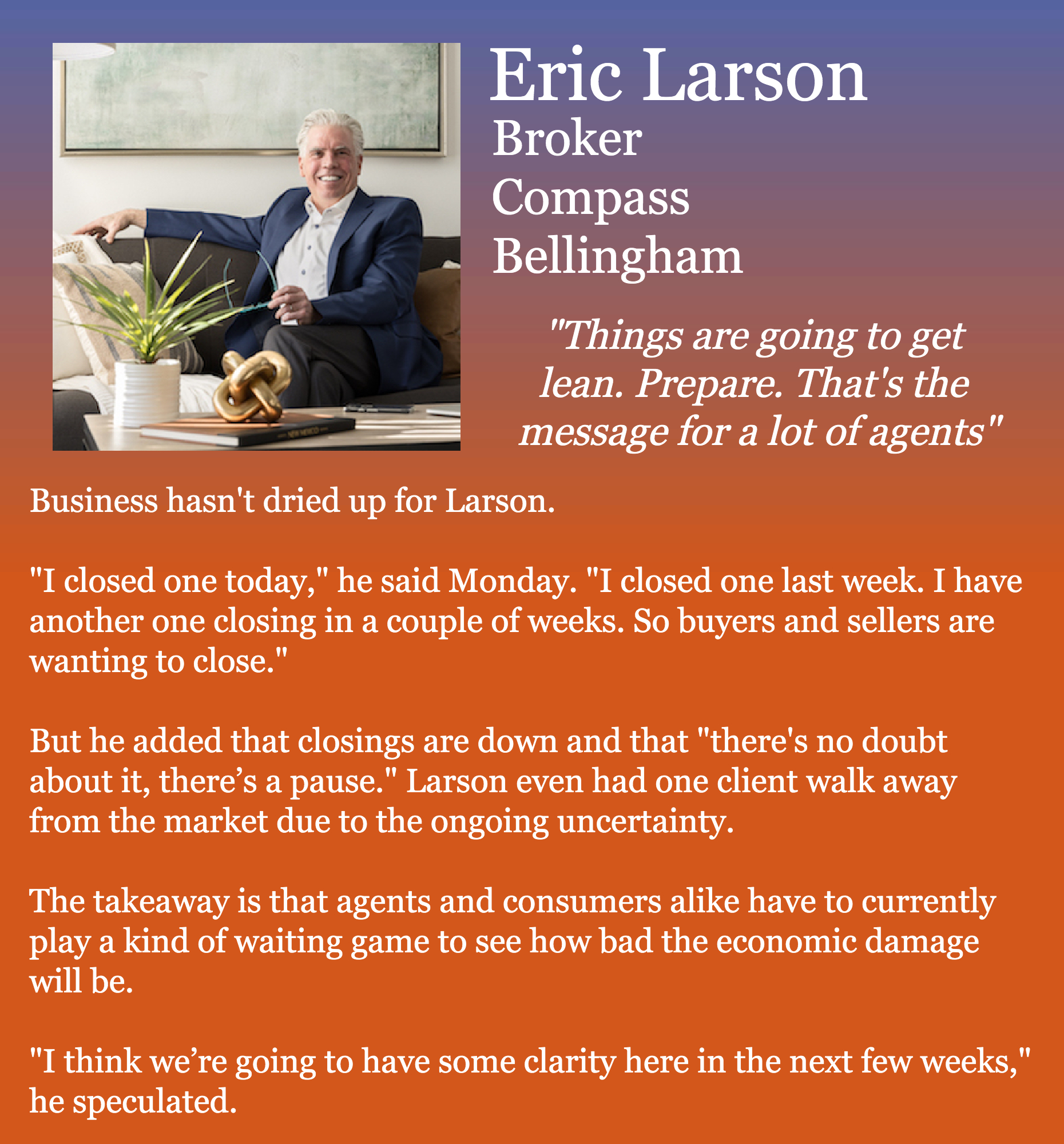 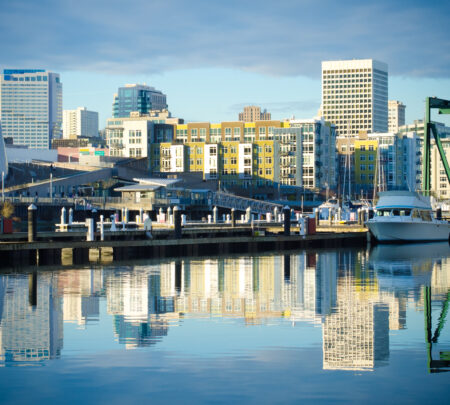 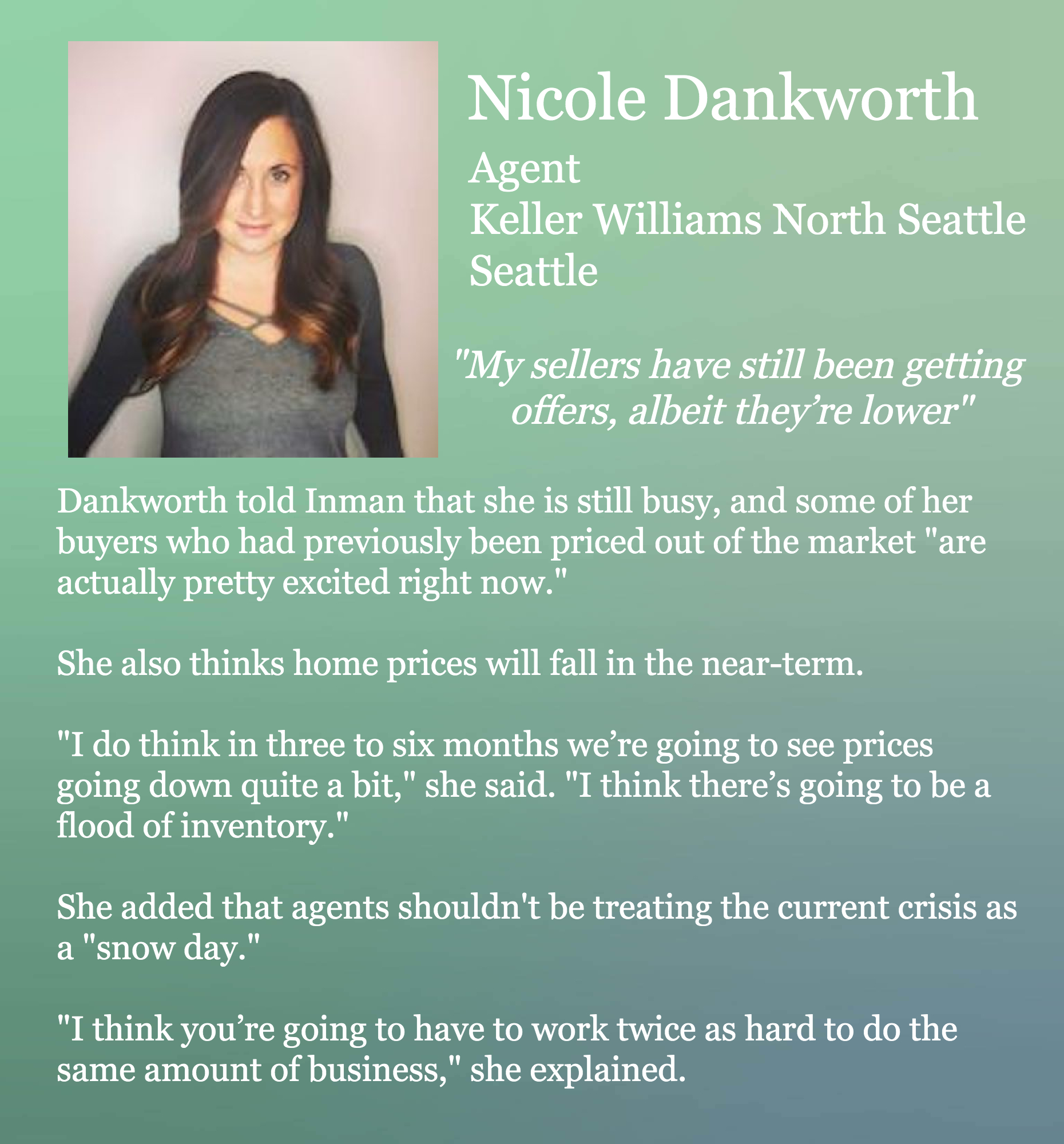 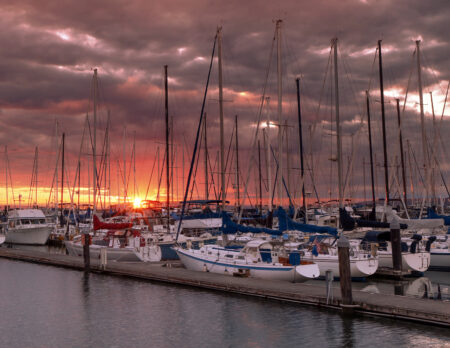 Snohomish County is just north of Seattle and considered part of that city’s metropolitan region. The county is home to more than 800,000 people and its largest city is Everett.

According to NWMLS, Snohomish County had 1,240 new (non-condo) listings in March, which is 0.2 percent higher than one year prior. Pending sales were down 9 percent year-over-year, and the median sales price was up 5.6 percent to $524,425.

Days on market for non-condo homes dropped 32.6 percent, from 43 last March to 29 this year. 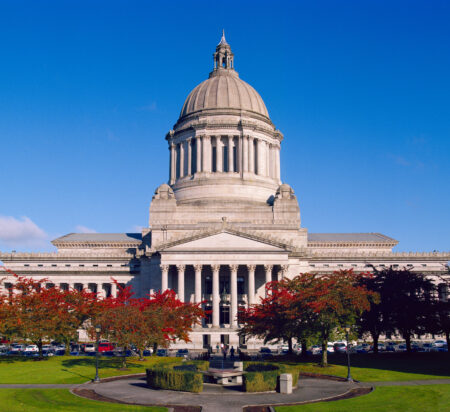 Thurston County is located at the south end of Puget Sound and is home to Olympia, the state capital.

The median sales price for condos was $215,000, which represents no change compared to one year ago. 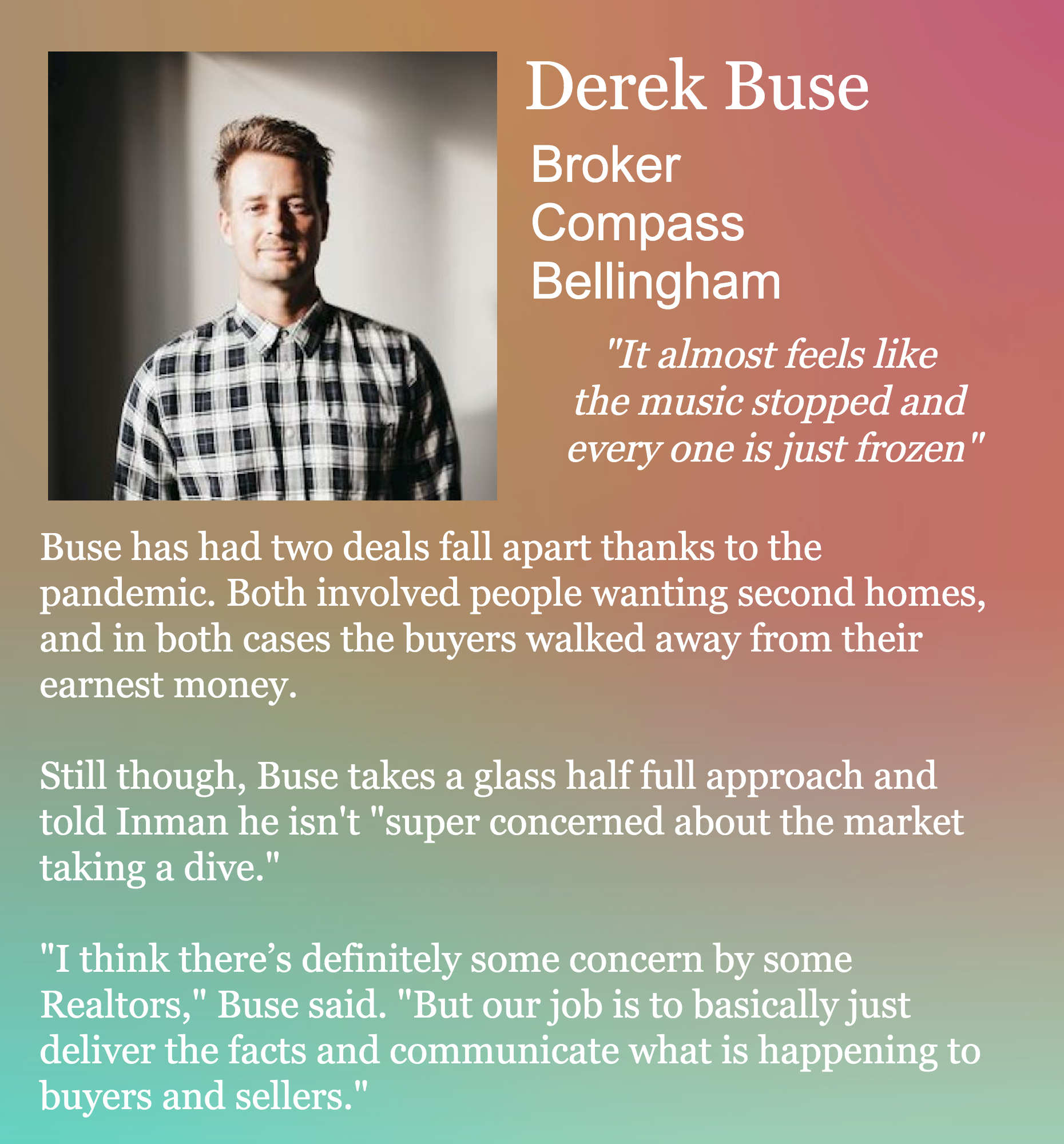 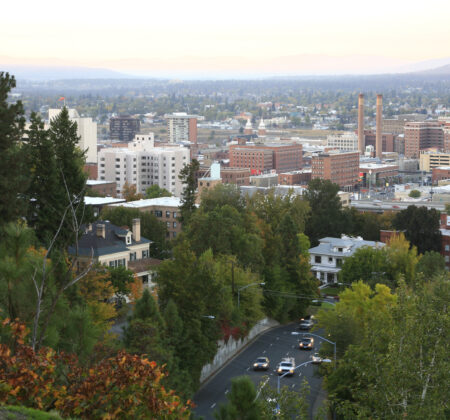 Spokane County is located in the western part of Washington and is anchored by the city of Spokane — the second largest in the state. About half a million people live in the county.

According to the Spokane Association of Realtors (SAR), there were 559 closed sales in the area last month, up nearly 28 percent over February and 19.4 percent year-over-year.

SAR told Inman that inventory in the region is currently very tight and that the first quarter of 2020 has been strong.

Caveats and reasons for caution

While both the numbers and the comments from Washington real estate agents indicate the state’s market is still moving, NWMLS published a report on Monday that suggests caution is in order. The report notes that the numbers don’t yet reflect the extent of the pandemic, and indicates that April and May will likely see additional declines.

“We expect that all numbers will decline in April and May as a direct result of the governor’s ‘Stay Home’ order that became effective on March 26,” Mike Grady, president and chief operating officer at Coldwell Banker Bain, is quoted as saying in the report.

Windermere Chief Economist Matthew Gardner went so far as to say in the report that March’s numbers are “essentially irrelevant given the fact that the economy went into freefall during the month.”

However, other experts also noted in the NWMLS report that buyers should still benefit from low interest rates while sellers can take advantage of low inventory — meaning there are signs that there could still be good times ahead for real estate in Washington.

Update: This post was updated after publication with new coronavirus numbers and additional data on Spokane County.