The private sector and government leaders must be on guard as trillions of public dollars wash through the economic system.

Like a good novel, a well-written, non-fiction business book about a white-collar criminal scheme can be a gripping read.

I recently read two of David Enrich’s books, Dark Tower, his new investigation into corruption at Germany’s Deutsche Bank, and his 2017 book The Spider Network. It is the tale of illegal LIBOR interest rate swaps by shady bankers around the world. It is shocking what smart people get away with and how insanely wealthy they become along the way.

Many lessons for today.

The worst part of these stories is how many banks and their lavishly paid executives enriched themselves at the expense of others. It is the consequence of the financialization of our economy in which bankers reap disproportionate rewards, creating unevenness in our economy. Many innocent victims, including homeowners, renters and buyers, have been left holding the bag from an assortment of financial messes when these crafty schemes go awry.

One political issue that has enjoyed bi-partisan support over the last 40 years is allowing Wall Street to have its way with laws and regulations. It began in the 1980s when President Reagan deregulated the banks which caused the savings and loan crisis. In the 1990s, President Clinton erased the 60-year old Glass Steagall Act, which separated commercial and investment banking, laying the foundation for numerous financial scandals.

Both Presidents Bush and Obama followed the same hands-off policies, but they also acted quickly to bail out big financial institutions that were guilty of fueling the subprime loan crisis. This cozy DC-NYC nexus has continued today under President Trump.

These stories come to mind now because now more than ever the private sector and government leaders must be on guard as trillions of public dollars wash through the economic system and a broken economy can become a feasting ground for unsavory opportunists.

The good news is that everyone will receive a report card on their behavior during the COVID-19 lockdown and its aftermath. Today, transparency is a powerful watchdog. Consider the rapid backlash against companies that tried to unfairly enrich themselves from the Payroll Protection Program loans. Thanks to the sunshine, companies were busted with shame and bad public relations and in a few cases, arrests.

In our industry, chances are that mortgage forbearance will turn into foreclosure, and that always brings out some shady characters.

Low-level, white collar crime is common when it comes to housing shenanigans. But the big players can wreak the most damage by taking advantage of vulnerable homeowners, while never breaking the law.

iBuyers are back, for example, which is leading the way with billions of dollars from private equity. But the context has changed in the last couple of months, as we begin to see more desperate owners and anxious sellers. When iBuyers launched several years ago, vulnerable homeowners were not the backdrop because the market was healthy and the economy strong. That could change quickly, as the housing market becomes more precarious.

Historically, private equity funds are eager to buy up foreclosed homes or houses from troubled sellers with little concern for the consequences. This time, they can move more quickly with vehicles like Zillow, Offerpad, Opendoor et al. While partnering with Wall Street has rewards like ready access to capital, these tech companies must also be faithful guardians of the public trust. If private equity becomes predatory, the alarms should go off.

Realtors are one line of defense

Realtors must interject themselves in the iBuying equation to insure sellers are protected from what could be an unseemly partnership. The commission dollars may be smaller, but never has the agent’s role been more important.

During the foreclosure mess 10 years ago, real estate agents played a vital role helping all parties. Many helped local banks unload properties, or they protected buyers on the other side. In other cases, agents worked with sellers who faced foreclosure with solutions such as short sales to free them from bad credit down the road. Realtors did not cause nor could it stop the misery, but they could help people navigate the mishmash.

Sticking companies with big debt payments, private equity has also had a hand in destroying businesses, when it swoops in and buys companies. And the government has provided generous tax breaks to enable such sales, many of which are questionable deals that hurt otherwise healthy companies.

That happened with a company dubbed Cendant, a business cobbled together by corporate raider Henry Silverman in the mid 1990s that included real estate, hotels and technology firms. Like Compass today, Cendant, which later became Realogy, gobbled up 25 percent market share of the real estate services industry with its acquisitions of Century 21, Coldwell Banker, ERA and Sotheby’s International Realty.

In 2006, the real estate portion was sold to the private equity firm Apollo Global Management for $9 billion. The new real estate enterprise was slapped with billions of dollars in debt that still hobbles Realogy to this day, 14 years later.  The only winner was Silverman and then Apollo when Realogy went public in 2012.

Too much debt suffocates innovation

When the housing market collapsed in 2010, its debt forced Realogy to make widespread layoffs and hampered its brands from innovating. As an example, companies like Coldwell Banker and Century 21 were once powerful online consumer destinations, but they lost out  to Zillow and Trulia when Realogy stopped innovating. It had no other choice but to partner with the two big portals.

Many managers inside these brands often rant about Compass. But ironically, it took its playbook from the original Realogy roll-up. And the franchisor’s hobbled position made it easier for Compass to steal share quickly.

Regardless, the carnage and missteps like we saw during the last recession will happen this time around. It is too early to know what mistakes are being made and by whom. When you are in the middle of the fireball, it is difficult to see clearly.

In the end, we should not hamper a free market or even consider putting an end to capitalism. That would be stupid.

But we should curtail Wall Street’s heavy-handed political influence and its generous tax breaks that serve no public purpose. And we need better protections and policing to prevent fraud, to slow down real estate predators and to crack down on corruption. Then, let the free market run its course so entrepreneurs can thrive and so new businesses can be created from an abundant source of capital to fund these enterprises. 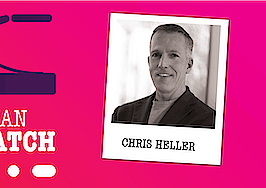