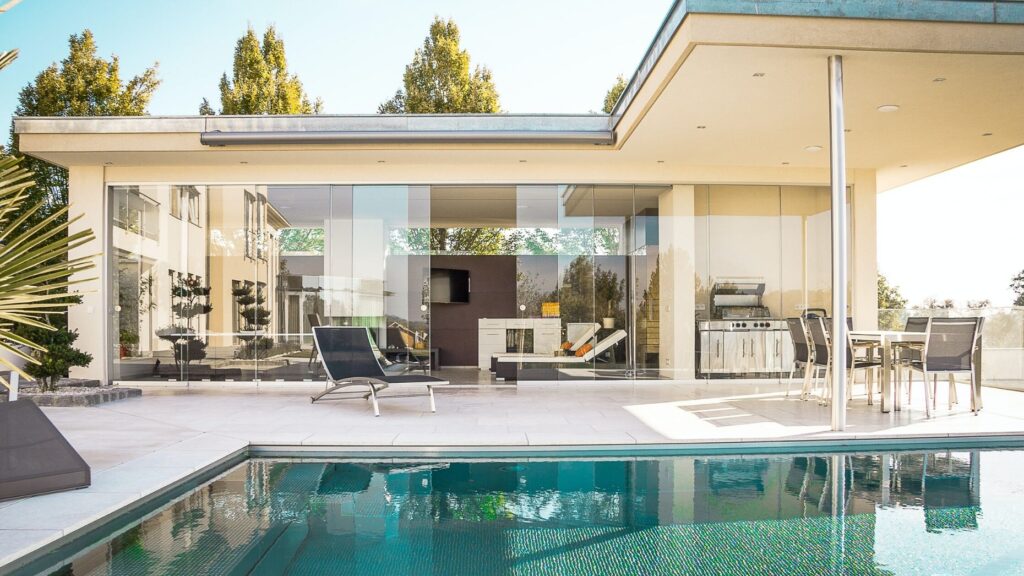 Although 80 percent of homebuyers consider price to be the most important consideration of a purchase, 41 percent were willing to go above budget by an average of $25,000 for a perfect home.

There are many factors to consider when buying a home. And, although 80 percent of homebuyers consider price to be the most important consideration of a home purchase, 41 percent of homebuyers also are willing to go above budget by an average of $25,000 for the perfect home, according to a recent study by Lombardo Homes, a Michigan-based new construction homes company.

Lombardo Homes surveyed 1,794 homeowners between February 28 and March 6, 2020 who had all purchased a home within the last five years to learn what they desired most in a home. Survey respondents were an average of 38 years old, and 63 percent were married, 22 percent were single, 8 percent were engaged, 6 percent were divorced and 1 percent were widowed.

After home price, location, neighborhood, the size of the home, and the home’s layout were the most important factors in making the decision to buy. 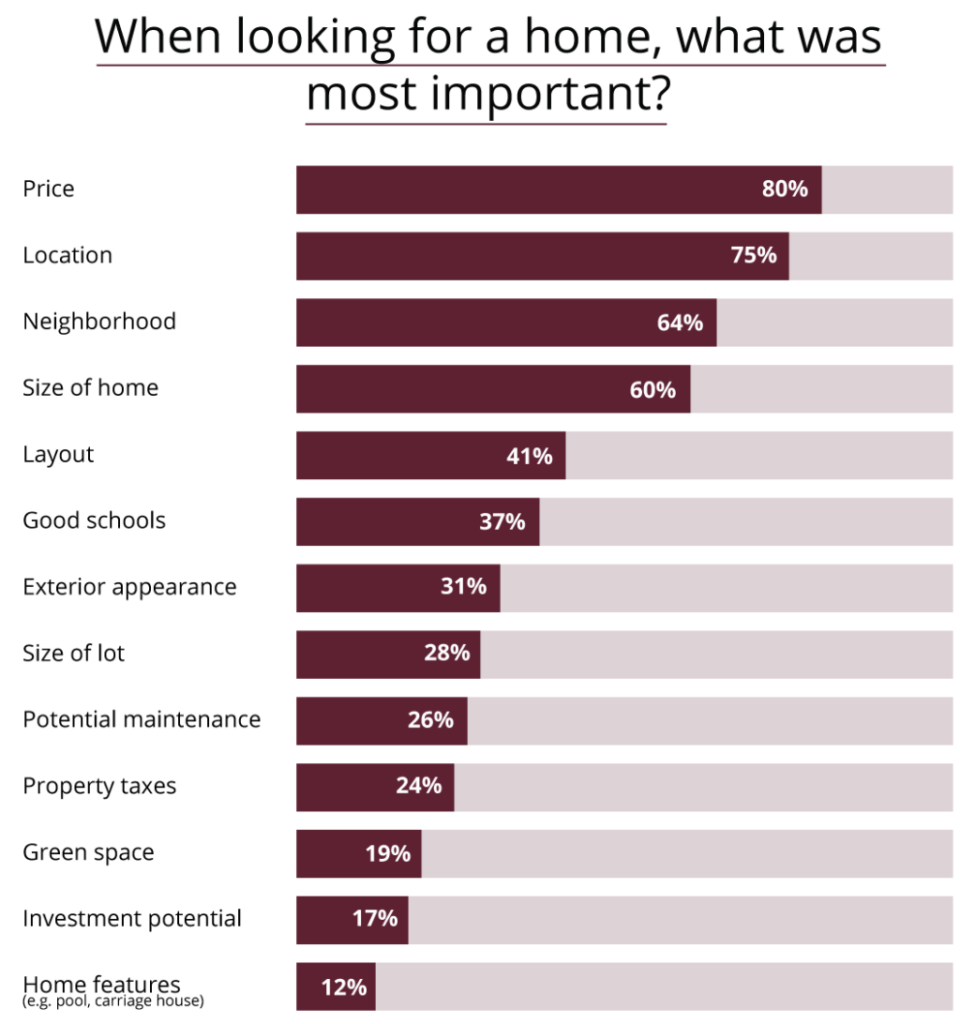 According to Lombardo Homes’ study, buyers spend an average of four months conducting a home search and view an average of 19 properties before deciding on the one.

Most homebuyers use a real estate agent to help them with their home search, with 51 percent opting to enlist an agent’s aid. Thirty-eight percent of homebuyers shop for their home online through websites like Redfin or Zillow, while 11 percent find their home just by passing it on the street.

In terms of home features, buyers are most concerned with the home’s layout, with 71 percent of survey respondents reporting that layout was the most important home feature. Storage space (59 percent of respondents), an outdoor living space (57 percent), a large kitchen (53 percent) and having an updated kitchen (53 percent) were also important features for homebuyers.

While most of us would like to buy our perfect home, it’s not always feasible. One in three survey respondents reported compromising on some part of their home purchase, usually because of budgetary restrictions. 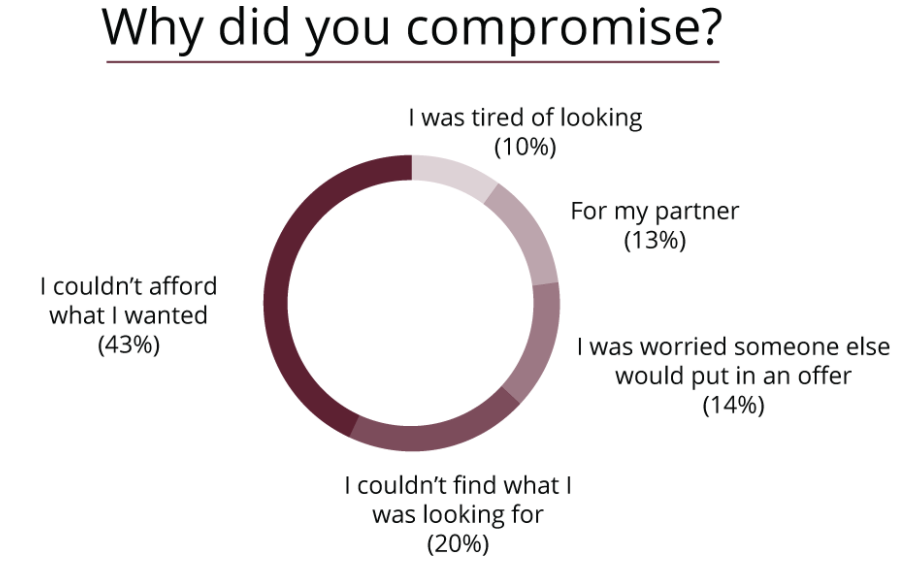 Out of the one in three survey respondents who reported backing out of buying a home, most did so because something was found during the home inspection (34 percent) or because they changed their mind about the home (29 percent). 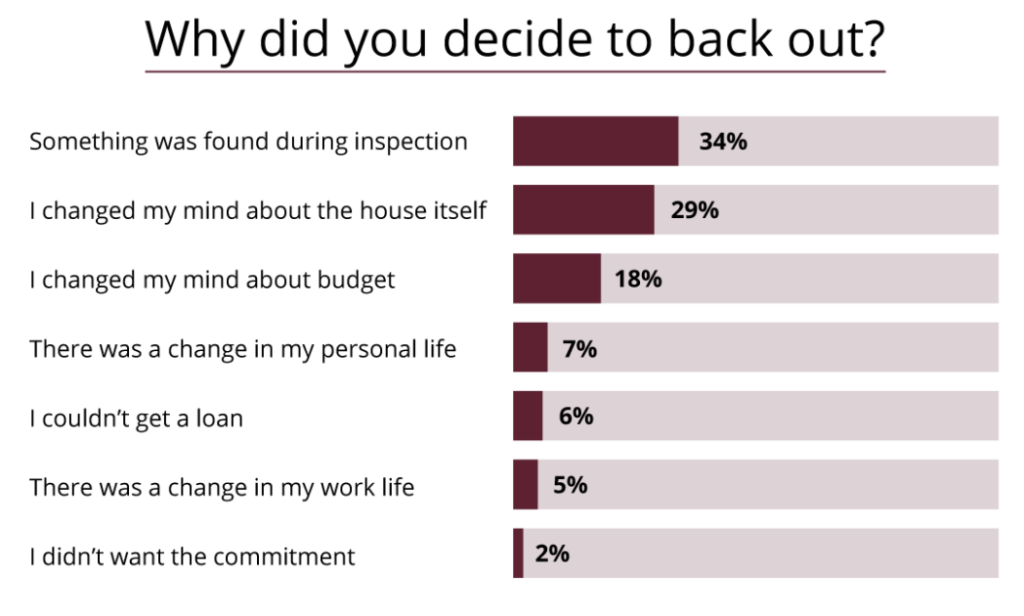 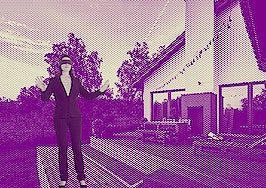 10 tips for buyers putting in offers sight unseen amid coronavirus 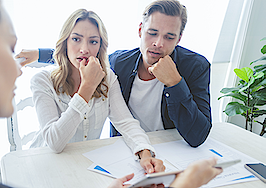 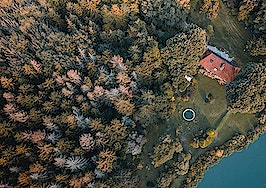 They hate their homes, and they want out — NOW! 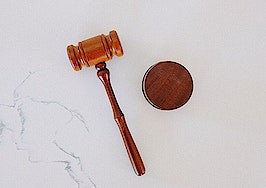