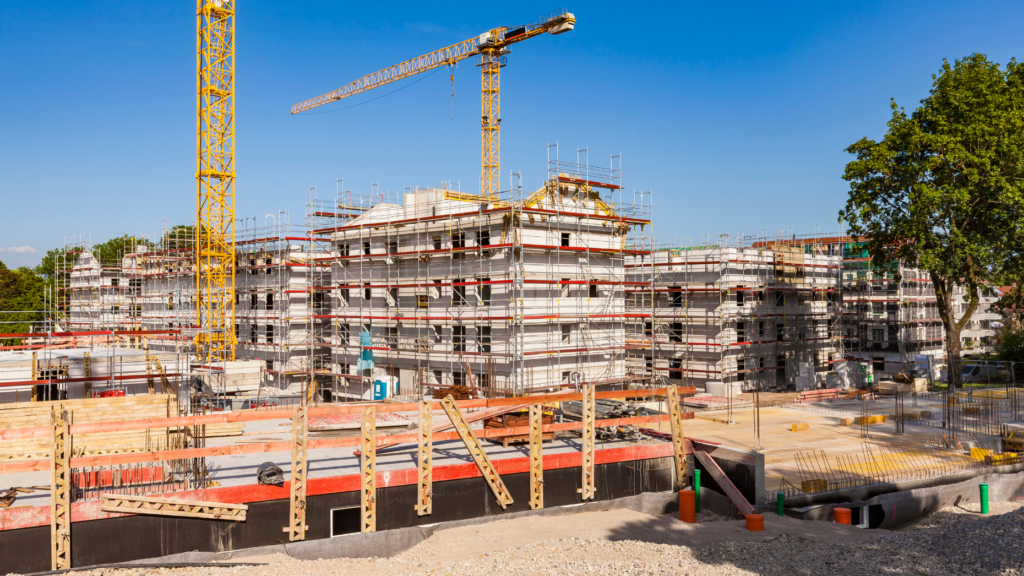 According to Redfin’s latest survey, a majority of Americans embrace low-income developments in their neighborhood; however, concerns still abound.

Housing has become a hot-button issue during the 2020 presidential race due to a coronavirus-induced economic fallout that has pushed more than 8 million Americans into poverty. As concerns about mass evictions and foreclosures abound, more homeowners are embracing the idea of low-income developments in their neighborhoods.

According to Redfin’s latest survey published on Thursday, 62 percent of 1,400 homeowners, homebuyers and homesellers say they support the development of low-income housing, which include affordable mid-grade townhomes and apartments. Meanwhile, 38 percent said they were against low-income developments in their area — a one percent decrease from 2019.

“Although research indicates that low-income housing doesn’t increase crime or substantially reduce nearby property values, there’s still a misconception that housing for low-income people degrades a neighborhood,” Redfin Chief Economist Daryl Fairweather said in a written statement. “People who live in urban areas are less likely to harbor the misconception, likely because they already live among a more economically diverse population.” 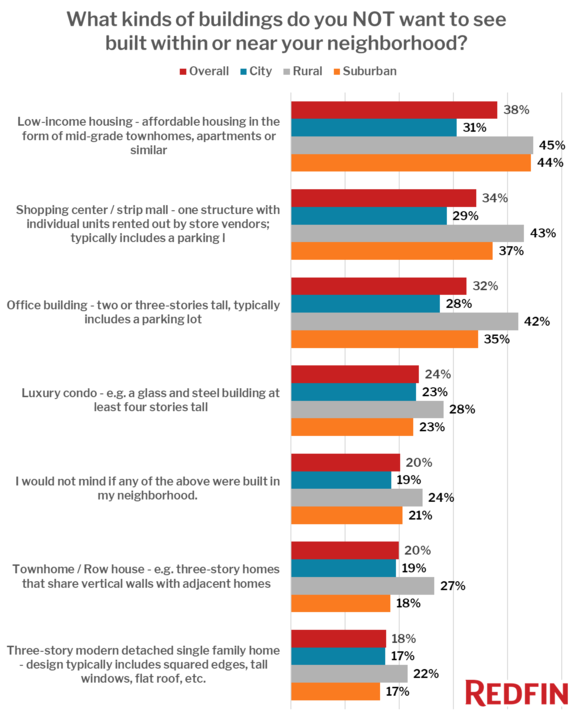 “Biden has focused his housing policies on supporting low-income Americans who have been excluded from certain neighborhoods because they can’t afford housing,” Fairweather explained. “In contrast, President Trump is responding to the anxiety some people feel about low-income housing entering their neighborhoods, which may be a bigger issue in red states and the collection of swing states that matter most in this year’s election, according to the survey results.” 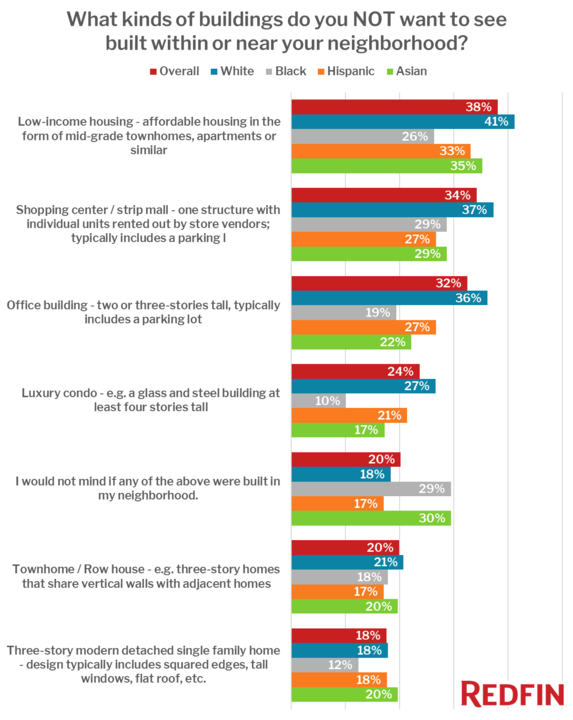 The battle over low-income housing is far from over, Fairweather said, as President Trump’s administration has gutted the Department of Housing and Urban Development’s role in enforcing Affirmatively Furthering Fair Housing, a rule that requires local governments who receive federal block grants to research and dismantle segregation patterns in their area.

If elected, Biden has promised to strengthen the AFFH rule and reinstate the processes and procedures established during President Obama’s term. Furthermore, Biden has created a $640 billion budget to combat America’s housing issues, including the dearth of low-income housing and affordable housing for the middle class.

“Building different types of housing in suburban, urban and rural neighborhoods alike helps to desegregate communities, which is one of the first steps in combating systemic racism and other inequalities,” Fairweather continued. “Passing national zoning reform and requiring all neighborhood types to allow affordable housing could help close the gaps in education, homeownership and wealth.” 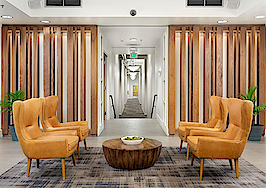 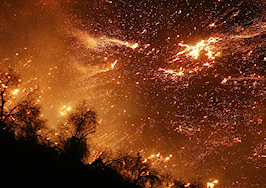