Quintessentially Estates LA president and broker Aram Afshar shares his winding path through real estate and how he led his team through 2020.

Quintessentially Estates LA president and broker Aram Afshar’s real estate sales career started in the midst of a crisis. After years of success in the mortgage industry, he decided to abandon it right as the Great Recession spurred the collapse of the housing market.

Knowing a wave of foreclosures was on the horizon, Afshar quickly shifted his plans to focus on real estate sales and founded Afshar Properties, a Coldwell Banker Global Luxury team that originally focused on a rapidly growing distressed and upside-down sales market.

“I was able to see that the market was shifting probably a little bit before many people because of my mortgage background, and I realized that there was going to be a crisis,” he told Inman. “I bet on the fact that there would be a potential opportunity in the crisis, and a way to help people who [were] going to have distressed properties.”

“So I shifted my entire business, from mortgage lending to property sales, and specifically assisting property owners that were in distress,” he added. “So my career in selling properties began in a period of crisis, and we identified an opportunity and a way to be relevant.”

For three years, Afshar honed his sales skills and used his mortgage knowledge to create systems that allowed his team to identify distressed sellers on the brink of foreclosure. Afshar Properties became the go-to place for sellers with distressed properties, with Afshar closing an average of 100 sales per year until he saw another market shift looming ahead.

“In that period of time, we had systems in place to identify the properties, help the homeowners in various ways in dealing with their lenders,” he said. “As the market [continued] to shift, as all markets do, and improved around 2013, then I realized there are other ways to stay relevant and to provide value for the market.”

Afshar revised his team’s focus and set his eyes on Los Angeles’ über-competitive luxury real estate market, filled with buyers and sellers who were ready to enter a rebounding market. Within two years, his team had raked in more than $600 million in sales, which prepared him for the next act in his career.

As one of the leading Coldwell Banker brokers in LA, Afshar caught the eye of Quintessentially Estates — a London-based members-only luxury real estate concierge platform that connects agents and their clients with some of the world’s most exclusive listings and services in 60 markets.

“[Quintessentially’s] entire business is to provide luxury lifestyle and concierge services to ultra-high-net-worth individuals, high-net-worth individuals, high-level executives of corporations, royal families, celebrities, athletes and also luxury corporations like Aston Martin, Bentley and Louis Vuitton,” he explained of the nearly six-year partnership. “I created a partnership with them because I wanted to expand my network, and I wanted to have a great network to tap into so I could provide value to my clients.”

Since then, Afshar has become one of the go-to real estate experts for Los Angeles Times Magazine, Angeleno, Variety, The Hollywood Reporter, DIGS, TRD Los Angeles and a handful of other publications. He’s also been able to build out his team to include 15 agents and staff members, alongside expanding his team’s technology and marketing skills.

“At the time that I formed Quintessentially Estates here in Los Angeles as a partner of their company, I was, again, looking for a competitive advantage [and] a way to provide value,” he said. “That’s sort of what has kept us competitive and relevant over the last several years.”

“[The partnership] also really helped me and it’s helped me with my team, as the market is continuing to evolve,” he added. “Things are moving more towards technology-based solutions, information is far more readily available, the consumers are now getting information very quickly on their computers and on their phones. And so my company, we invest heavily in that.”

That investment paid off last year as the coronavirus turned the real estate market upside down. Despite a lockdown during the peak homebuying season, Afshar said his team managed to have “their best year ever” as he drew upon the leadership skills he developed during the recession.

“I think I haven’t really thought about it very much, in terms of like, the whole year,” he said with a laugh. “But looking back now, we obviously, at the beginning of [2020] had high hopes, but then COVID hit in March.”

“It focused me in a way in which I was like, ‘This is not just about me, and not just about my family, but I need to come up with solutions that will work for everybody, and be strong for everybody,'” he added. “Whether you’re a doctor, an attorney or you’re a real estate broker, you have to be prepared not only for the market cycles, disruptive forces that may come from elsewhere, or a black swan event.”

Afshar urged his team to focus on their “most serious clients” throughout the pandemic and that led to a boom in sales during the latter part of the year. 2020 ended up being his team’s “best year ever” and gave them the momentum needed to start 2021 strong.

“One other thing we did well in 2020, was that we doubled down on our systems and our CRM, so we were able to really handle a lot more online,” he said. “That really worked out for us well, and I hope it will take us into 2021 and beyond with a solid foundation.”

Although he and his team have experienced plenty of personal success, Afshar said he hasn’t forgotten about the horrific year many Los Angelenos have had as the city becomes the new COVID-19 hotspot.

“There are three community organizations we’re involved with, and there’s one organization called City Year, which helps inner-city students with education because many of them fall through the cracks,” he said. “With COVID it’s actually exacerbating that and City Year tries to help those students that would otherwise drop out or not have access to higher learning.”

“We’re very grateful, and we’re lucky to do what we do, and I think giving back to the community, especially now, is extremely important,” he added. “LA has been hit pretty hard, and I think we’re going to need help, for years to come.” 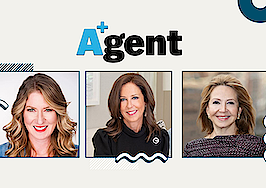 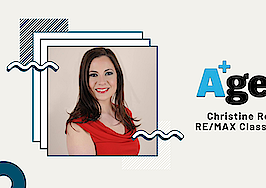 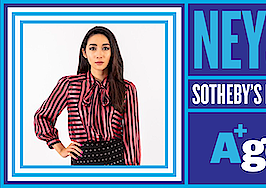 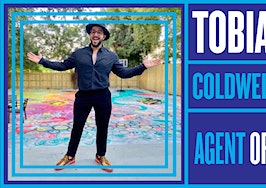