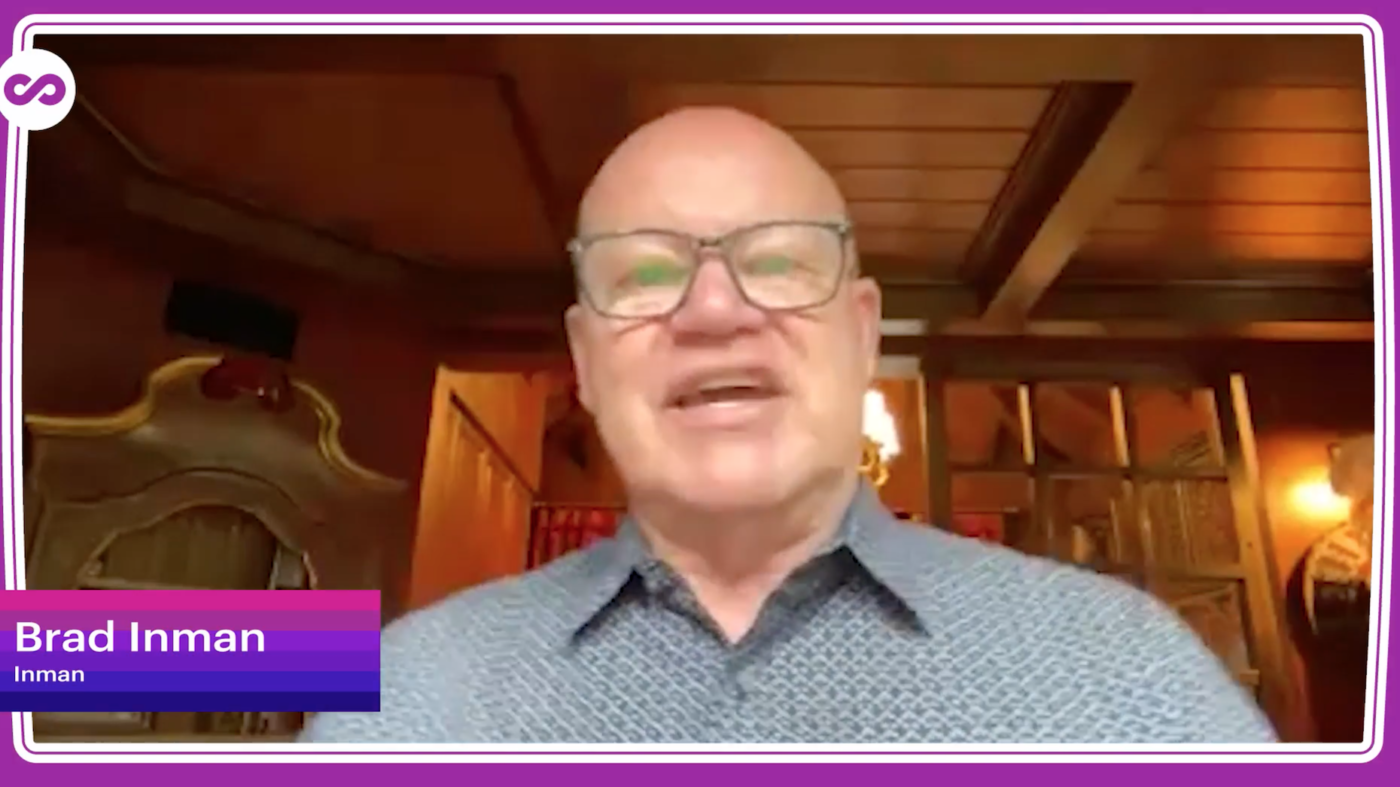 Brad Inman during his speech at Inman Connect Now

During a speech kicking off Inman Connect, Brad Inman said that the industry has evolved quickly during difficult times, but it needs bold leadership to overcome challenges that are holding up supply.

The last year has been a grueling one thanks to the coronavirus pandemic, but Inman founder Brad Inman believes there’s light at the end of the tunnel.

“In the end, I believe we’ll be in a better world, much gained from the pain,” Inman recently said. “Never have we experienced such a whirlwind of innovation and consolidation.”

But even though opportunity lies on the horizon, Inman also believes there are “some gnarly challenges that are lurking below the surface.”

Inman made the comments during his Tuesday morning opening address for Inman Connect in an opening address titled “Let’s not make homeownership a luxury good.” As the title implied, Inman argued that despite this period of rapid innovation, there ares still forces restricting many Americans’ access to homes.

Among other things, Inman pointed to resistance to new development from existing homeowners — or NIMBYism, which stands for “not in my backyard” — as particularly pernicious.

He went on to recount the experience of a friend who wanted to build a small cottage unit in her California backyard. Such units could significantly bolster the supply of available homes, and are increasingly allowed by law, but the woman’s neighbors were working to thwart those plans — despite purportedly supporting equality.

“Hypocrites? I think so,” Inman said of NIMBYs.

Throughout the speech, Inman noted that while old and explicitly discriminatory practices such as redlining have mostly been abandoned, obstacles such as NIMBYism have largely the same impact.

“They act to drive up prices and exclude qualified buyers,” Inman argued.

Inman also pointed to corporate landlords as a problem, saying that some investment firms are quickly snapping up homes while others are building entire communities of single family rentals. And he said that “corporate homebuyers must be held accountable.”

Inman also pointed to pocket listings as a problem, adding that in his Florida community “an estimated one half of the listings are hidden away by Realtors, some who are determined to benefit from a double sided transaction.”

Inman ultimately characterized these various challenges as significant. But he also said the health of the housing market depends on overcoming them — which will require bold leadership in both politics and business. And he called on members of the real estate industry to lead the way, describing such professionals as the “custodians of this incredible adventure that we call homeownership.”

“Now is the time,” Inman concluded, “to stand up to all of these challenges.”

No agent left behind: why one brokerage brought 17 people to Inman Connect Las Vegas