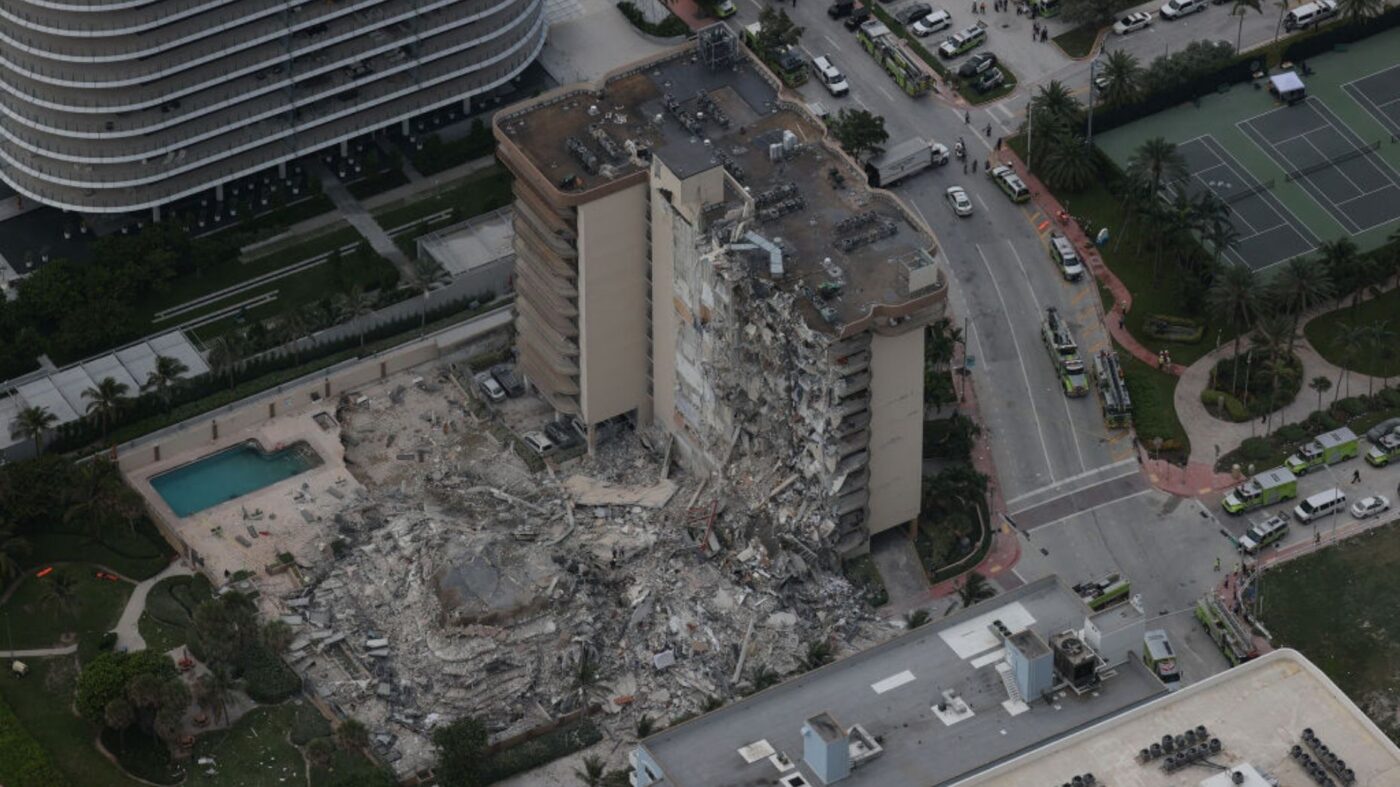 At least one person was killed, according to Miami-Dade Fire Rescue officials. Firefighters, police officers and search dogs continue to conduct a search and rescue mission of the area, although just after 8 a.m. Frank Rollason, director of Miami-Dade Emergency Management told the Miami Herald that emergency workers thought they had cleared all survivors from out of the building.

“They brought dogs who can sniff for survivors in the rubble,” Surfside Commissioner Eliana Salzhauer told the Miami Herald. “They aren’t turning up very much. No one is celebrating anyone being pulled out.”

Thirty-five survivors were rescued from the building — 10 were treated on site, and two were relocated to the hospital, according to Miami-Dade County Fire Chief Ray Jadallah.

About half of the units of the 130-unit residential building, Champlain Towers South, collapsed early in the morning, according to Miami-Dade County Mayor Daniella Levine Cava. Surfside Mayor Charles Burkett told the “Today” show on NBC that officials are uncertain how stable the rest of the building is.

Two-bedroom condos recently listed at the building were priced between about $600,000 and $699,000, according to Zillow. Some of the condo’s amenities included large walk-in closets and oceanfront balconies, and building amenities included a heated pool, gym, sauna, 24-hour concierge, valet and direct beach access.

Officials do not know the cause of the collapse at this time. The building was beginning its 40-year recertification, and consequently, the roof was being redone as part of this process, but officials do not know if construction contributed to the building’s collapse, Salzhauer told the Miami Herald.

Mayor Burkett said 15 families were being relocated to hotels.

Leaky pipes and stalled elevators: Living a life of luxury at 432 Park

What you should know about elevator safety

Whatever happened to Trump Mortgage?