Photo by Daryn Stumbaugh on Unsplash

Vrbo and Tripadvisor are reviewing how hosts transfer keys after a Bloomberg investigation into violent crimes at Airbnb listings.

Short-term rental businesses are tightening up their safety rules after an investigation into violent crimes at Airbnb listings, according to Bloomberg.

Vrbo, owned by Expedia, has banned hosts from leaving keys to listings in public places and TripAdvisor is reviewing its safety policies after a recent Bloomberg Businessweek investigation reported on the alleged rape at knifepoint of a 29-year-old Australian tourist in an Airbnb rental in New York City early New Year’s Day 2016.

“The woman had picked up the keys to the apartment at a nearby bodega without having to provide identification, and somehow her attacker had obtained a duplicate set of keys and was waiting for her when she returned,” Bloomberg reported.

Last week, Vrbo adopted a new policy that prohibits hosts from leaving keys “in a public place where the owner, property manager or staff is not present. We prohibit leaving the keys with anyone not associated with the property or in a location other than the rental property or rental office. Any host who violates this policy may be removed from the marketplace.”

Vrbo also recommends that hosts deliver entrance codes or keys using “a unique key code with a digital lockbox or a secure front-desk concierge. If you use a code, we recommend you change the code after each checkout.”

TripAdvisor is also working to update its rules about how keys are transferred to guests, Brian Hoyt, a company spokesman, told Bloomberg. “Beyond that change, we are committing to a larger review of our policies to further protect travelers booking vacation rentals on our platform,” he said.

Airbnb spokesperson Ben Breit told The New York Post that the company requires all hosts to “properly secure their listings, and that includes requiring that key exchanges are made safely and securely” under a security policy that has been in place since 2019.

Airbnb also makes it a requirement for hosts to change keypad and lockbox codes between reservations, Breit said. That’s in contrast to Vrbo, which only recommends that step.

Two years after the alleged rape, Airbnb paid the woman $7 million in a settlement that prevents her from blaming or suing Airbnb or the listing’s host, the Post said, citing Bloomberg’s report. That sum is part of an estimated annual $50 million that Airbnb pays guests in legal settlements and to cover damage to hosts’ homes, according to the report.

In the report, former Airbnb safety agents described finding dismembered human remains, bloodstains, assaults of guests by hosts, and an alleged incident in which a host found an Airbnb guest naked in bed with his seven-year-old daughter.

In mid-June, Airbnb and Vrbo teamed up to crack down on repeat “party house” offenders by working with a third party “to develop a process that identifies properties that have been permanently removed from each platform due to repeated violations of respective community policies.”

Airbnb went public in December with a valuation of more than $100 billion. The company’s current market cap stands at $94.56 billion, according to Yahoo Finance. 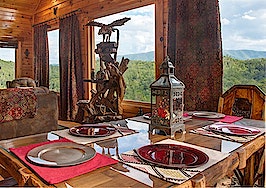 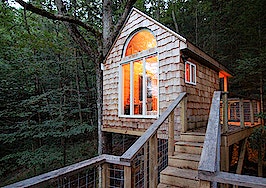