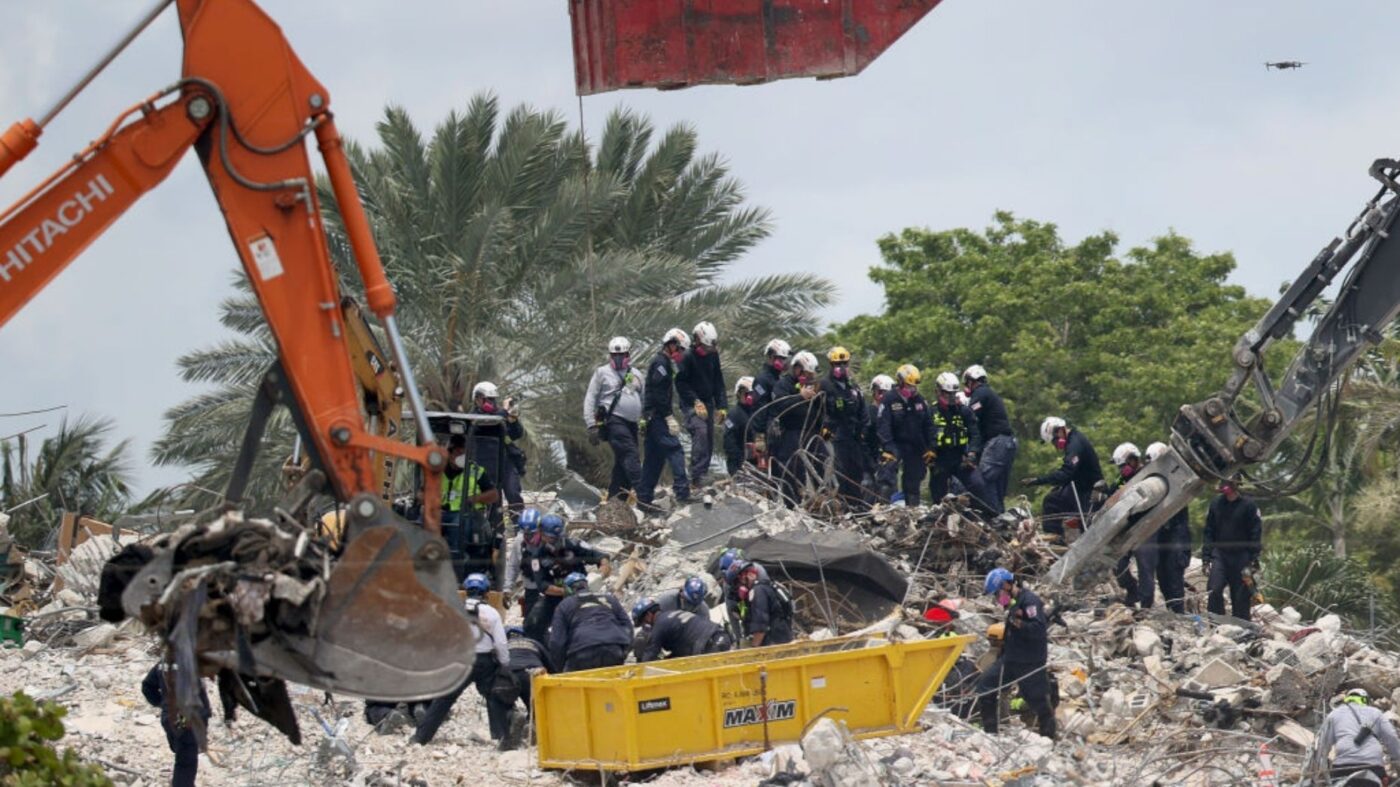 The remains of a partially collapsed luxury condo building in Surfside, Florida, were demolished in a controlled explosion on Sunday night amid concerns over Tropical Storm Elsa approaching the region and increasing the building’s instability.

Tropical Storm Elsa was not expected to impact Surfside as severely as some other areas of Miami-Dade County, but the town was expected to see strong winds and heavy rain.

In the wake of the demolition of Champlain Towers South, eight more bodies were discovered at the site as search efforts resumed on Monday and continued Tuesday morning, bringing the death toll from the disaster to 32. Over 100 people remain missing.

Emergency workers have not yet given up on the possibility of finding survivors, but crews say they haven’t detected any signs of life either.

The demolition was “executed exactly as planned,” Miami-Dade Mayor Daniella Levine Cava told the New York Times. “There is hope that there are voids that will allow us to continue the search and rescue operation.”

Now, rescue teams have been able to search through areas of the building that were previously inaccessible, and can use large equipment to sift through the remains.

The disaster prompted officials to evacuate hundreds of building residents in Miami-Dade County on Friday and Saturday over safety concerns as audits and inspections of residential buildings in the area were ramped up, according to Local 10. In particular, officials have been paying close attention to multistory buildings undergoing the 40-year recertification process required by the state of Florida that had failed major structural or electrical inspections — or those buildings that had failed to submit inspection reports at all.

Champlain Towers South had just begun repairs as part of its 40-year recertification process prior to the building’s partial collapse.

At Crestview Towers, roughly 300 residents had a few hours to evacuate 156 units on Friday due to an engineer’s report dated from January that cited safety concerns. Likewise, residents of a two-story building about seven miles south of the Champlain Towers South site had 24 hours to evacuate their units, due to officials citing a flooring failures and “excessive deflection of an exterior wall.”

Examining all these buildings is a tall order for the county. Even if the search were limited to buildings with 10 or more stories built during the ’70s and ’80s, that would mean building auditors would need to inspect nearly 270 buildings, not including the county’s unincorporated areas, according to an analysis by the Times.

Experts who have examined video footage of the building’s collapse say that damage to one of the lowest parts of the building may have set off a “progressive collapse,” where one initial failure set off several others throughout the building. Investigations are ongoing. 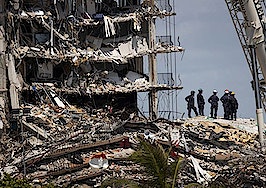 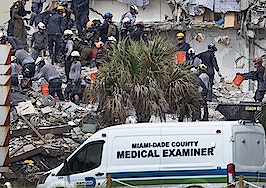