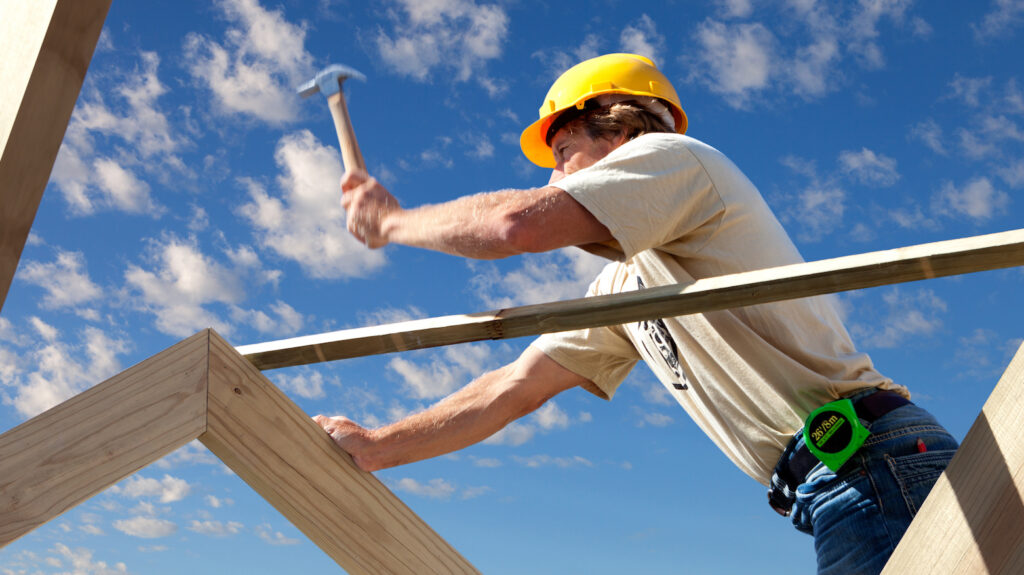 Homebuilders nearly doubled their hiring pace in early July even as growth in other real-estate employment categories slowed slightly.

Builders added 8,300 employees to their payrolls last month after adding just over half as many the month before, according to the latest numbers from the Bureau of Labor Statistics. This monthly increase in July represented nearly a full percentage point rise on a seasonally adjusted basis.

Meanwhile, real-estate firms employing brokers, sales agents and other related roles added a seasonally adjusted 5,400 jobs in July, a 0.3 percent increase from the previous month. These firms had seen 0.5 percent growth in their labor force the month before.

The real estate industry’s workforce growth was part of a national jobs report that exceeded most expectations for hiring. The U.S. added 943,000 non-farm jobs from June to July, a more than 0.6 percent rise overall. U.S. stock indexes opened higher Friday on the news.

These numbers were gathered in the early weeks of July, before the Delta variant of the coronavirus drove infection counts higher in many states.

Since then, uncertainty over the virus’s trajectory has driven U.S. Treasury yields lower. Mortgage rates have followed suit, dipping further in recent weeks. But lower rates had yet to spur a corresponding rise in new purchase loans, which were down the last week of July.

Still, in the weeks before these events, home construction companies accelerated their hiring pace amid high demand for homes and a market that had run dramatically low on home inventory.

In residential construction, seasonally adjusted employment was up more than 8 percent compared to July of last year, when the industry was still well below normal levels following the layoffs and furloughs that accompanied broader economic uncertainty in the early weeks of the pandemic.

Brokerages and other firms in real estate have also been busy over the last year, with employment up nearly 5 percent year over year on a seasonally adjusted basis.

The latest job gains bring the total number of employees in residential building construction up above 882,000. These numbers do not include residential trade contractors, an employment group that held roughly steady from June to July.

Real estate employers, which added fewer jobs to a larger labor category, reached a workforce of more than 1.75 million.