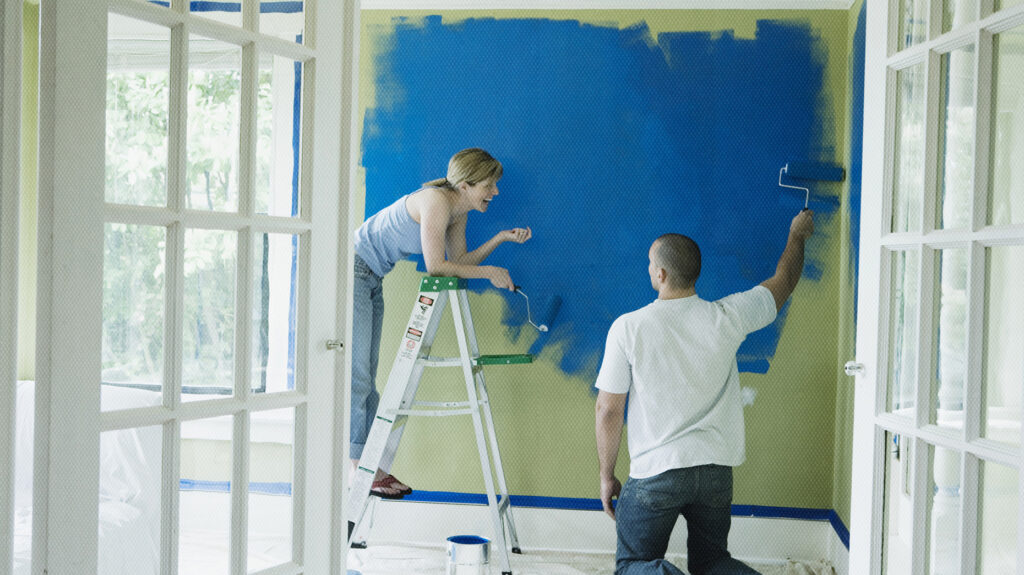 by Antoinette Fargo
Share this article
You successfully shared the article.
Close

Whether you’re doing a major update or staging their home for sale, here’s how to put these in-demand and inviting colors to work for your clients.

We’ve all got a few unwritten rules when it comes to home design. Maybe you think builder-grade plumbing fixtures are a capital offense. Perhaps certain lighting elements rub you the wrong way.

For many folks, paint colors can either make or break a space, and we all know from House Hunters that some buyers simply can’t look past an unattractive shade.

According to a study commissioned by Zillow, there are some paint colors that are not simply deal breakers — they actually make a big difference in a home’s perceived monetary value.

From pale blue in the bathroom to white in the kitchen and more, Zillow’s study found that sellers could end up netting more on their home sale by choosing the right color — a powerful argument when recommending improvements before the photographer arrives.

As a follow-up to the study, Behr Paint joined with Zillow to identify specific shades that seem to increase ROI for homeowners. The 12 shades chosen range in muted tones from white to grays to beiges to green to navy blue. Whether you’re doing a major update or staging their home for sale, here’s how to put these colors to work for your clients.

It’s no surprise that shades of blue were the most favored in Zillow’s findings. Blue is commonly regarded as one of the most popular “favorite colors” and is a staple in everything from wardrobes to cars to home decor.

Zillow found that light blue worked best for bathrooms and a darker blue hue was preferred for bedrooms. While many people worry about choosing a blue that’s too dark, fearing that it will make the room look smaller, a darker color in a bedroom is often more restful and soothing than a lighter color because it absorbs light.

In addition, studies have shown that exposure to blue light can have a significant downward effect on blood pressure, while blue paint colors can reduce the heart rate and ameliorate stress and anxiety in some people. That’s just one more reason to choose blue for the bed and bath.

Zillow found that a white kitchen was the favored choice, and it also worked well in living spaces. For some designers, in fact, all-white homes are a favorite choice and in some aesthetic styles — including contemporary design, Southwestern and some other looks — white paint throughout the home is fairly common.

The biggest thing to consider when using white paint is ensuring that it doesn’t look clinical or cold. Designers frequently use plants, warm woods and other natural elements to offset the brightness of white walls and all-white interiors.

Consider different shades of white from bright white to eggshell to the palest shades of beige, blue or gray. Consider the paint’s texture as well, and opt for a more matte finish to offset the glare of a shiny white.

The Zillow and Behr collaboration identified a number of beige tones, even though beige wasn’t a top choice in any of the rooms Zillow tested. This is probably because the beige tones they selected, ranging from a pale mushroom to a darker taupe, work as neutrals that are appropriate for a variety of home styles.

While you may feel an impulse to go bright with your decor to zhuzh up a room with beige walls, beige can also blend well with other neutral colors including the whites, grays and blues in Zillow’s study for an earthy, organic style that is anything but boring.

There is a joke, of course, that all home interiors are gray (or soon will be) at this point. After becoming popular in the last decade, gray walls seemed to become the dominant look for all new or newly renovated living spaces. According to Zillow’s findings, gray living room walls translated into an intention to view and purchase the home pictured.

Reflecting its popularity, the Behr paint colors selected offered various shades from light to medium to dark. As the neutral of choice for so many homeowners, gray goes with just about any type of interior design, and can work for anything from a monochromatic look to an eclectic one and as the backdrop for dramatic pops of color.

Interestingly, the popularity of gray for home interiors may be responsible for another of the most popular design trends of the past few years — metallic decorative elements in warmer shades of copper and rose gold. These look particularly beautiful set against a gray background.

The Zillow and Behr collaboration chose only one green shade — a pale mossy color called Brook Green. Green was a popular alternative color for the living room in a light shade and for the kitchen in a dark shade, according to Zillow’s findings.

While bright or garish shades of green are often considered unattractive, organic, natural shades can work well in a home’s interior. Like blue, the right green is considered restful and relaxing. It can be youthful as well, with Millennial Pink being replaced by Gen-Z Green, according to most trend-watchers.

Antoinette Fargo is the co-founder and creative director of DOORA Collective + DOORA Design in Ventura, California. 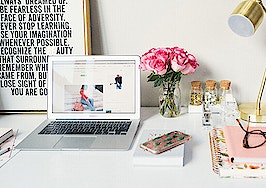 New year, new look: How to revamp spaces for a fresh start in 2021 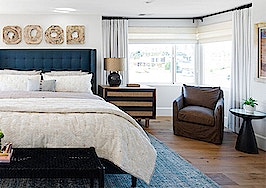 5 DIY staging items every agent should have on hand 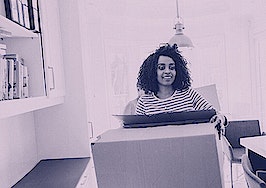 Clutter, be gone! How to help messy sellers zhuhz up their homes 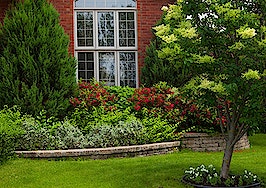 Turn up the curb appeal: 11 ideas for getting your listing sold