Patnowa and Artpritsadee for Getty Images
by Marian McPherson
Share this article
You successfully shared the article.
Close

If you’ve spent any time on social media,  you’ve likely seen plenty of young homeowners proudly showing off their new “plant mom” or “plant dad” status. A few succulents here, a hanging basket by a windowsill, or if they’re truly bold, some lumbering Elephant Ears will be poking behind a new IKEA chair.

While succulents are still a fan favorite thanks to their heartiness, two plants — the Pilea peperomioides, also known as the Chinese money plant, and the fiddle leaf fig are gaining popularity among homeowners who want to spruce up their spaces. Recent reports by Yahoo News and SF Gate say these two plants are poised to become the next “it”  thing in home design, thanks to their Instagrammable aesthetics and affordable pricing. 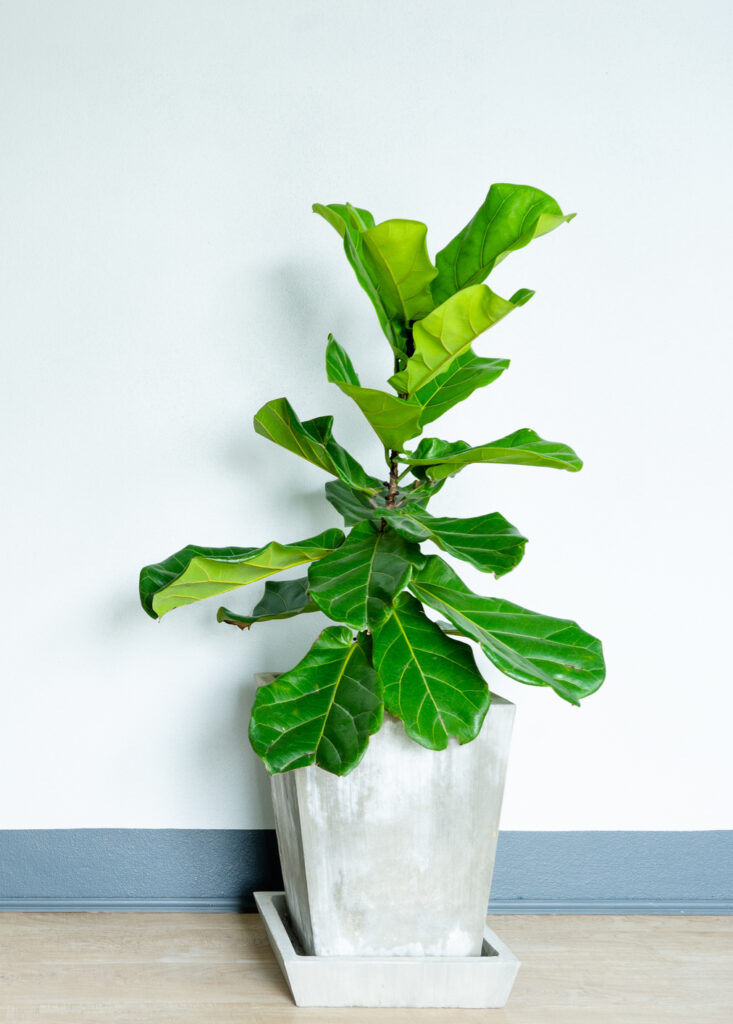 “I like to keep my Pileas on their own because they can make such a statement solo,” said Erin Marino, the director of marketing for plant-delivery service The Sill in an interview with Yahoo News. “In the right planter, the pilea can really fit into any interior style!”

When it comes to fiddle leaf fig, Marino told SF Gate the plant adds luxury to any space, sans luxury prices. “If I’m looking at the dining room of some famous interior designer, I think, ‘I might not be able to afford that $10,000 couch but I can afford a fiddle,” she said.

Much like Marino, Tami Adams, the greenhouse and inventory manager at Calvert’s Plant Interiors in Oklahoma City, said she’s seen a steady uptick in requests for the Pilea and fiddle leaf fig as they’ve gained popularity on social media. But, Adams says aesthetics are only one piece of the puzzle when choosing the perfect houseplant.

Adams, who has been in the plant industry for 16 years, says homeowners must consider if their space is welcoming to a plant, and if they have the time and skill to keep a plant thriving.

“The thing about the fiddle leaf fig is that you’ve gotta have direct sun on the plant, at least part of the day,” she told Inman. “That means that they’ve gotta be in front of a window close enough to where the sun can hit them, or they’re not going to work.”

“People will come in with pictures, saying ‘Oh, I’ve seen this on Instagram,’ and the plant is in a corner. Well, it’s not going to live there,” Adams added.  “So, we’ve got to tell them, you have to promise you’ll put it in front of a window. We want to make sure that the plant will be successful.”

Adams says there’s a simple test budding plant enthusiasts can do: Turn off your lights and stand in the spot where you’d like to place the plant. If you can’t read a book or newspaper in that spot, then there’s not enough ambient light for a plant.

“If they say [they can’t read], then I tell them to go plastic,” she noted. “Fiddle leaf figs will crash in about a week without direct light.”

Next, Adams suggests that homeowners ditch the big box stores and take a trip to a local nursery or greenhouse. Nurseries, she explains, have higher standards for their plants than big box stores, whether they’re grown locally or imported from another locale.

“It’s got to meet certain specs. It has to be a certain height. It has to be healthy. It has to go through an acclimatization period where the plants are taken and put in a dimmer spot so they’ll be acclimated to lower light because that’s what your house will be like,” Adams added.

Interiorscape grade plants are more expensive, she said while noting that a six-foot fiddle leaf fig in a 14-inch standard pot will cost $140. And the once hard-to-find pilea has come down in cost as American nurseries have figured out a way to grow the plant, whose roots are in China. According to an explainer by Vox, homeowners can find the plant for as low as $13 in big box stores and for $25 at most specialty shops — compared to the $45 enthusiasts were paying for small cuttings of the plant as little as a year ago. 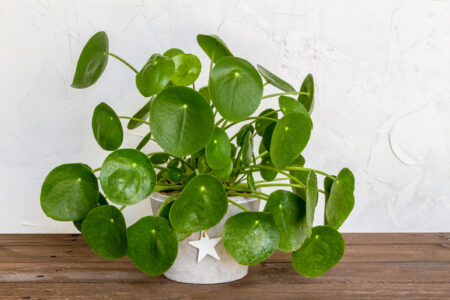 Adams also suggests asking your local nursery if they have a plant maintenance service where for a monthly fee, they’ll take care of the plant for you. And if the plant dies, they’ll replace it at no cost.

Overall, Adams says the popularity of the fiddle leaf fig and the pilea are neck and neck — the only difference is in the kind of people buying them.

“People buying fiddle leafs are wanting to invest, and they already have houseplants and want to start getting more of a houseplant collection. Or, they’re furnishing their home and want to finish off the design,” she said. “The bigger the plant you are buying, you probably want to buy decorative pots too.”

“The people who are buying the Pileas and the succulents are young people that are just getting into houseplants. They’re not going to spend a fortune,” she added. “You can buy a succulents for three bucks and you can buy a hanging pot for $14.”

If you’re still confused on which plant will work best, Adams advises homeowners and home stagers to bring pictures of the rooms, so their greenhouse specialist can provide the best recommendation.

“It’s all about the plant’s health,” she said. 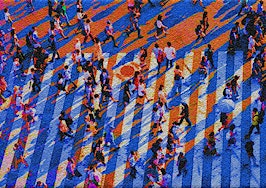 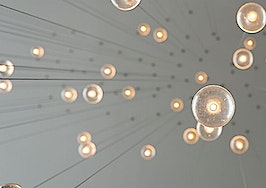 Light it up! 6 tips to make your home staging shine 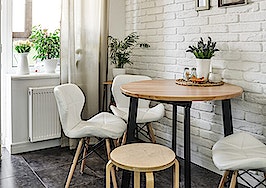 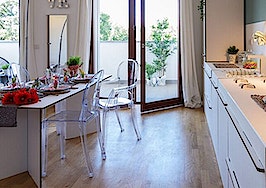