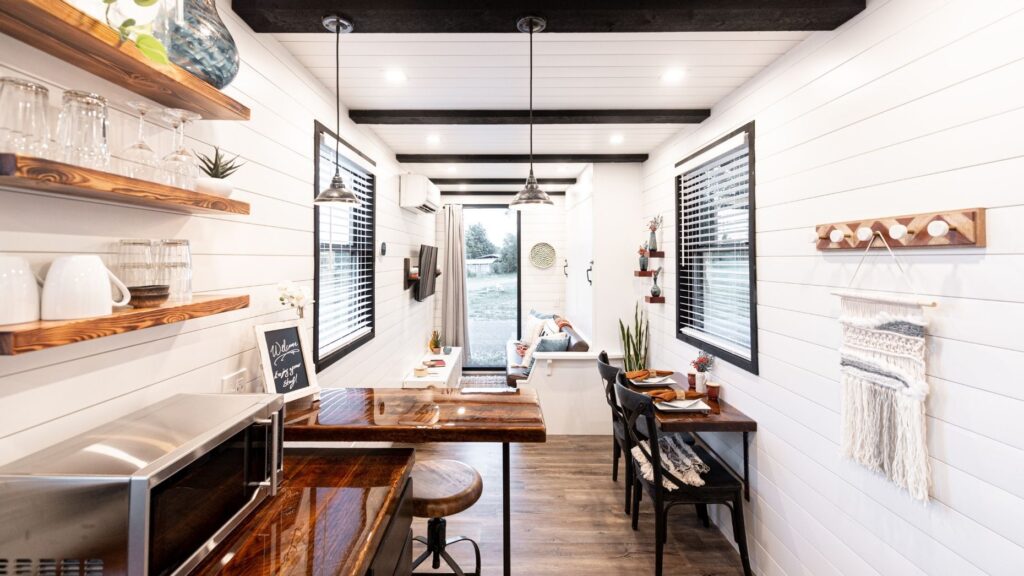 A smaller footprint yields lower costs when it comes to protecting a tiny home through home insurance. Nationwide, it costs about 106 percent more to insure a 2,100-square-foot home than to insure a tiny home, according to a study conducted by cost comparison analytics company ValuePenguin.

In general, the most expensive states to insure a tiny home are ones where natural disasters occur frequently. In Oklahoma, the priciest state to insure a tiny home, it costs about 242 percent more to insure a 400-square-foot home than across the remaining U.S. states and District of Columbia. That hefty price costs Oklahomans about 4 percent of their household incomes.

After Oklahoma, Tennessee, Kansas, Texas and Colorado are the priciest places to insure a tiny home. 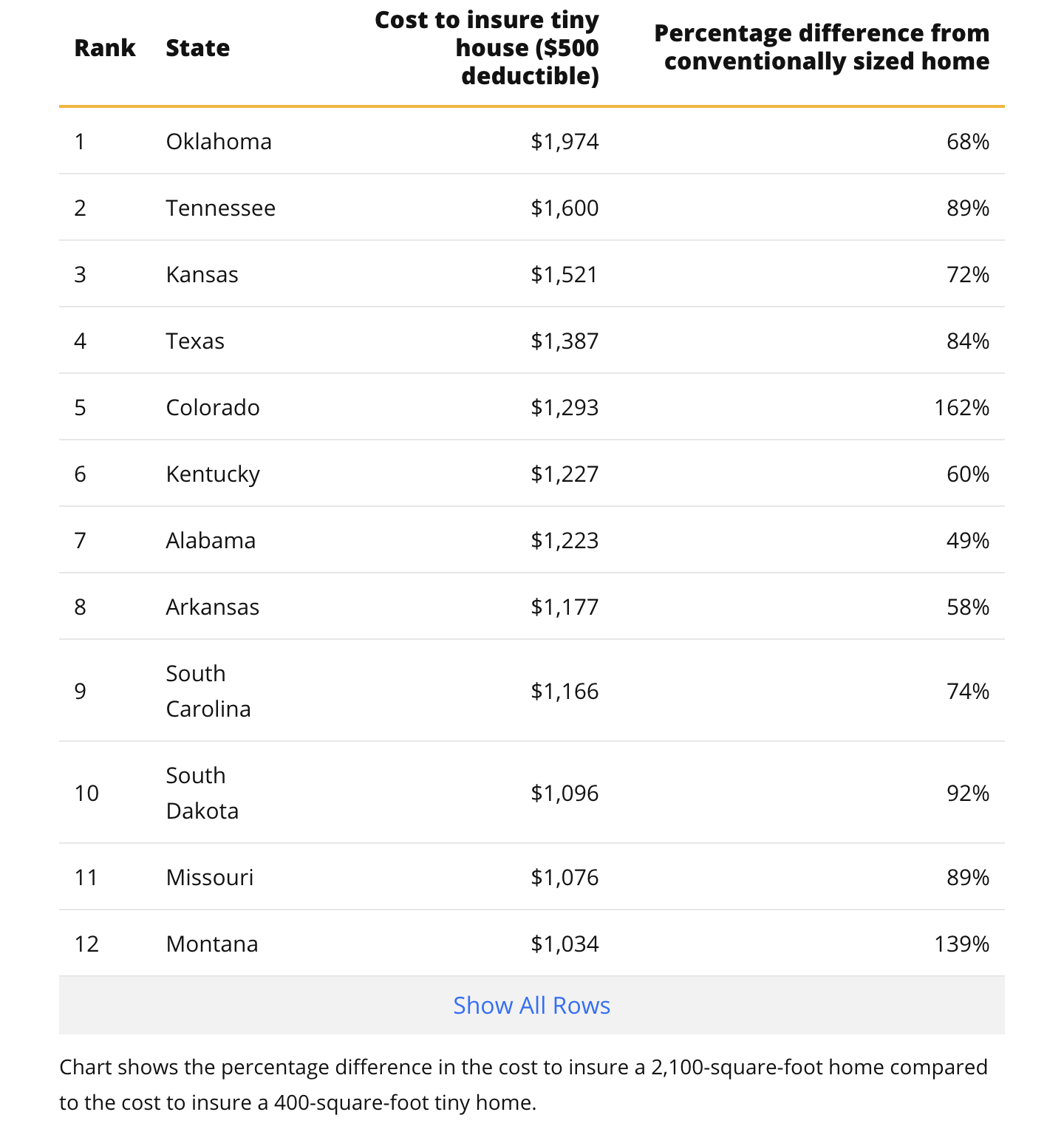 ValuePenguin analysts noted that selecting a percentage-based deductible, rather than a cash-based deductible on a home insurance policy could help tiny homeowners save even more. This may be a particularly important factor to consider for tiny homeowners in natural disaster-prone areas. Since tiny homes have such a smaller footprint than the typical home, they are at much higher risk of sustaining significant damage during a tornado or other severe weather event.

Therefore, a cash deductible of $500, for instance, takes up a much larger percentage of the value of a tiny home compared to a standard size home. S0, tiny homeowners who opt for a percentage-based deductible have more to gain while paying less than their standard home counterparts. A tiny homeowner who opts for a 2 percent deductible will be paying between $848 and $1,228 for their deductible, according to those tiny home prices from the U.S. Department of Housing and Urban Development. However, a standard homeowner with a $250,000 policy backing a larger home will pay $5,000 on their 2 percent deductible.

Opting for that 2 percent deductible, instead of a cash amount of $500 can also help tiny homeowners get a discount on premiums. Paying a 2 percent deductible instead of $500 typically yields an annual discount of 9 percent, at a national level, according to ValuePenguin’s analysis. But higher savings can be found in many places, like North Carolina, for instance, where a deductible discount can amount to 19 percent. 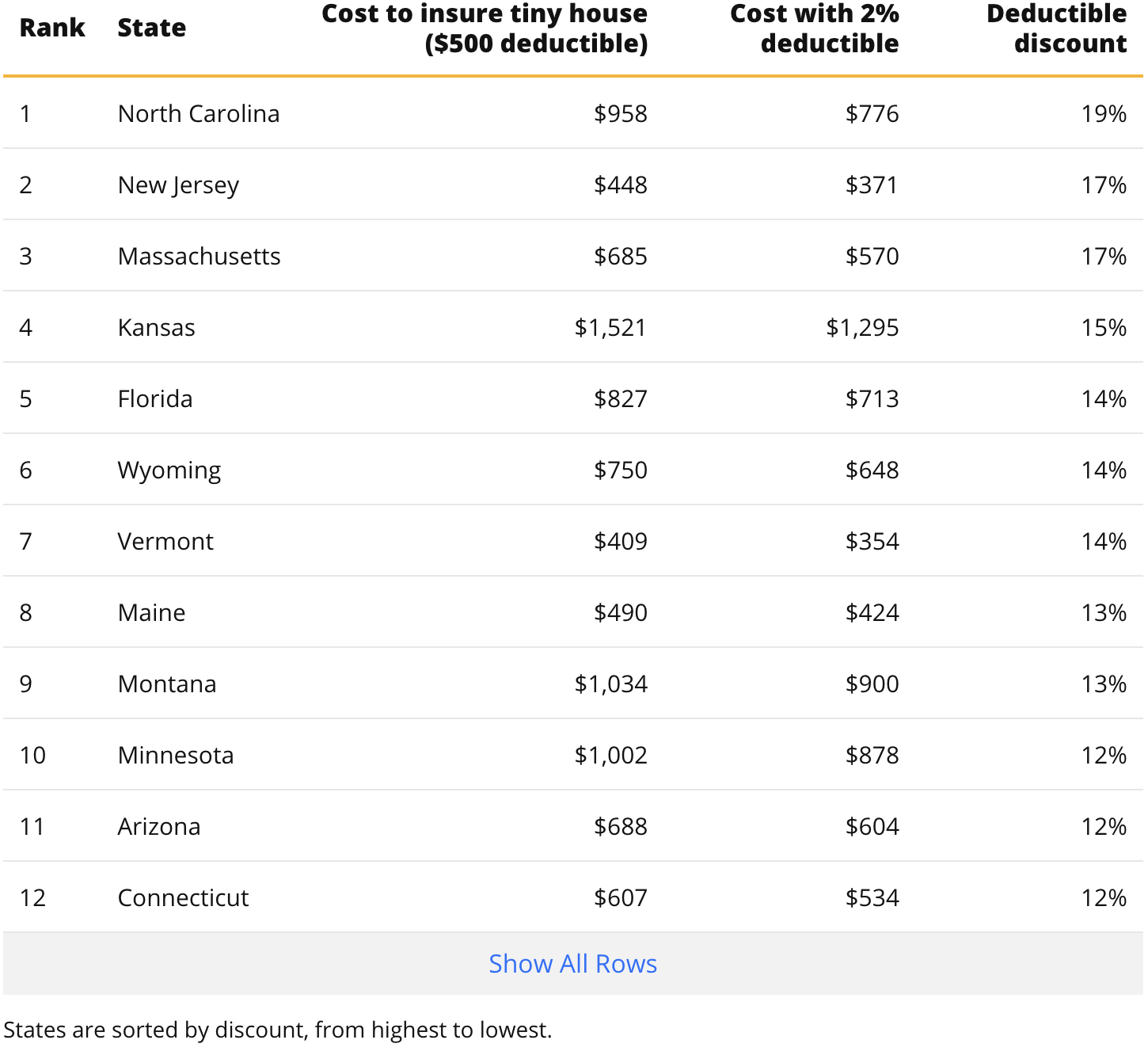 According to Google Trends, Alabama and Arkansas saw the largest search volume for tiny homes between August 2020 and July 2021. Both of these states fall into the top ten most expensive places to insure a tiny home, largely because of their propensity for tornadoes and the costly damage they can cause. In these two states, it typically costs about $1,200 to insure a home with a policy that has a $500 deductible, which is 68 percent pricier than the national average. 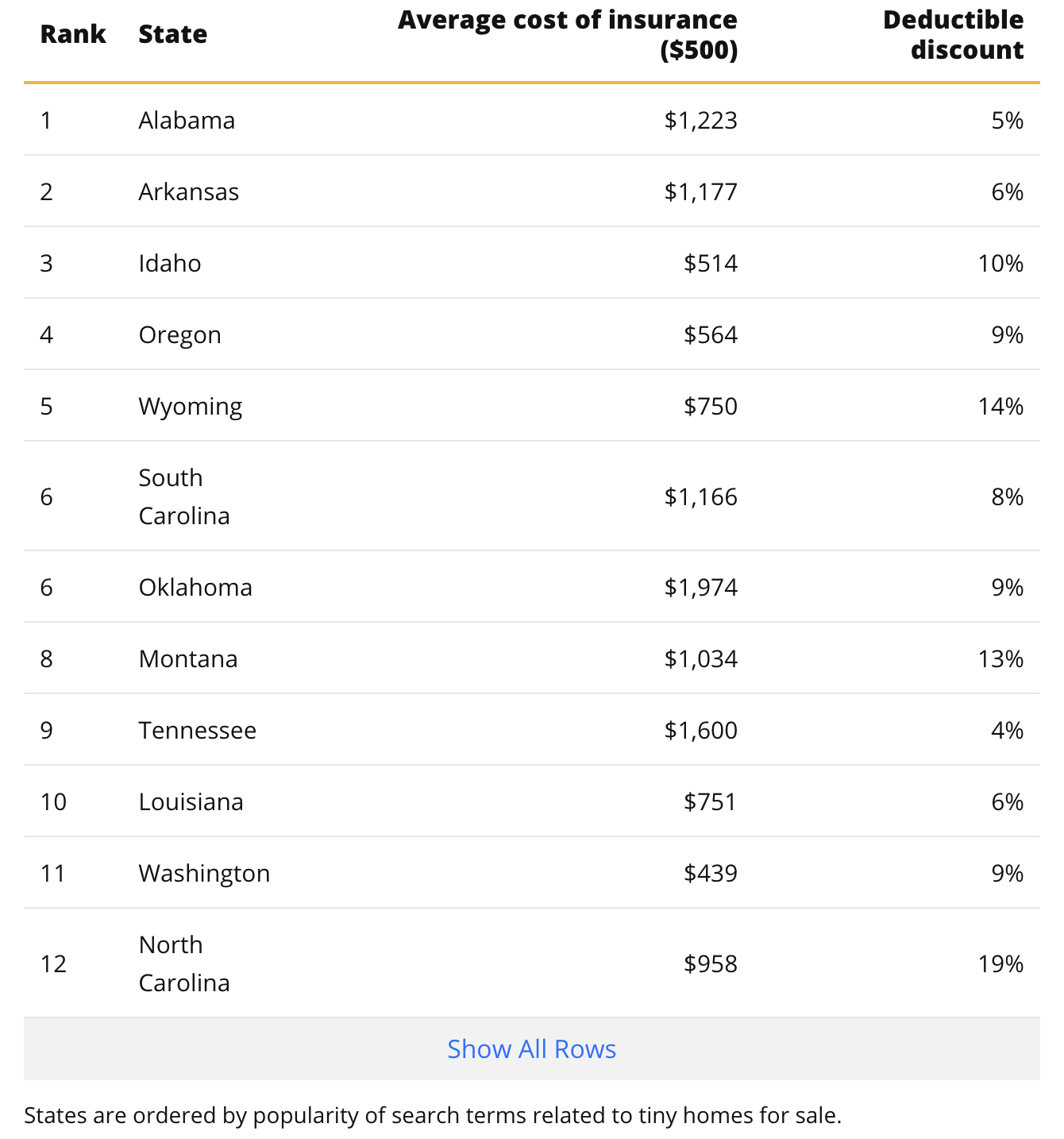