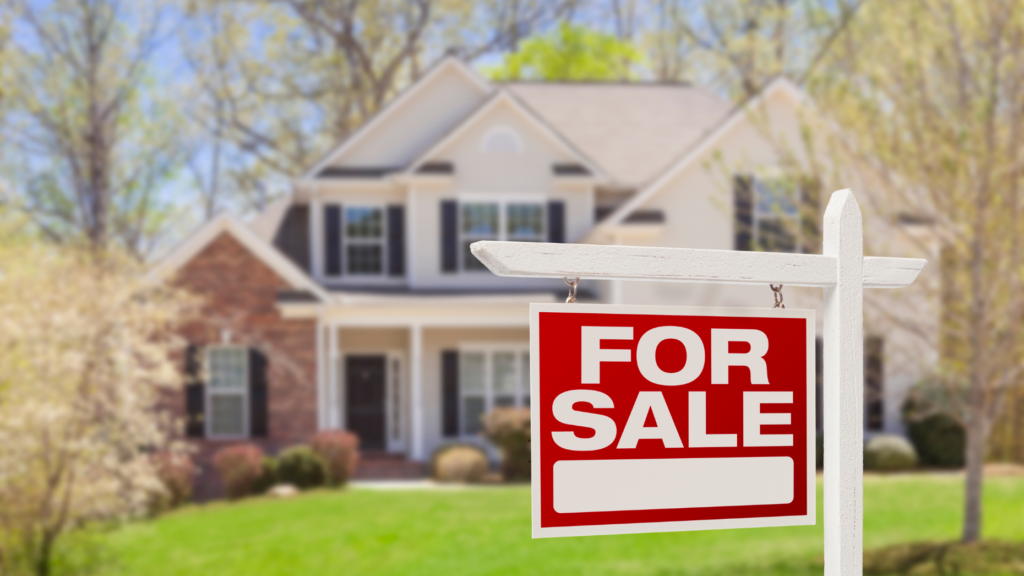 Listings shortages and high home prices are keeping a lid on homebuyer demand as mortgage rates continue to rise, according to the Mortgage Bankers Association’s latest weekly lender survey.

During the week ending Oct. 15, demand for purchase loans was down a seasonally adjusted 5 percent from the week before, and 12 percent from a year ago, as rates on 30-year fixed-rate loans climbed to highs not seen since April.

Demand for refinancing was also down 7 percent from a week ago, and 22 percent from a year ago. It was the fourth consecutive weekly decline in refinance applications, bringing the MBA refinance index to its lowest level since July.

The Mortgage Bankers Association reported average rates for the following types of loans during the week ending Oct. 15:

With the Federal Reserve expected to begin tapering its purchases of mortgage-backed securities as soon as November, market forces are pushing mortgage rates higher.

In an Oct. 17 forecast, MBA economists projected that rates on 30-year fixed-rate mortgages will hit 4 percent by the end of next year, before leveling off at 4.3 percent in the second half of 2022. 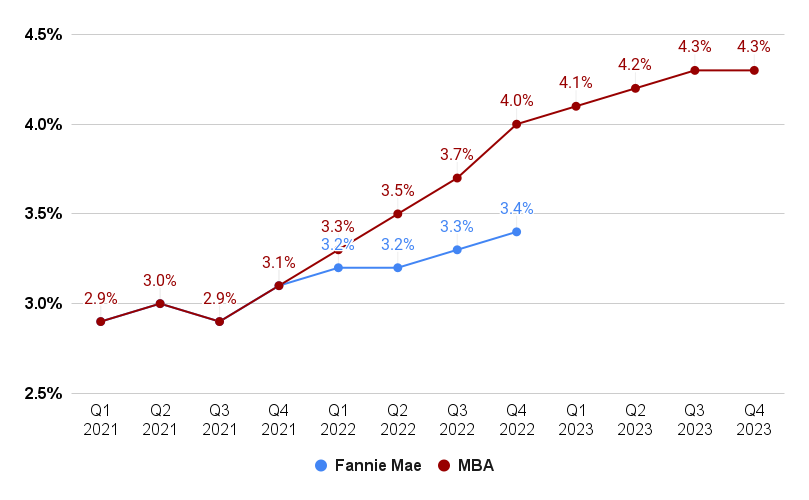 In their most recent forecast, economists at Fannie Mae envisioned a more gradual rise, with rates on staying in the mid-threes next year. One reason for the diverging views could be that Fannie Mae forecasters say they’ve become more pessimistic about how long it will take to resolve ongoing supply chain disruptions that have slowed economic growth during the recovery from the pandemic.

“The job market should continue to improve as the pandemic is hopefully behind us, helping to get the economy to full employment by the end of this year,” MBA Chief Economist Mike Fratantoni said in a statement accompanying the trade group’s forecast. “Household incomes will rise, more homes will be on the market, and home sales should meaningfully increase as a result, even in the face of somewhat higher mortgage rates.”

One silver lining inside the cloud that rising home prices have cast over homebuyer demand is that Fannie Mae and Freddie Mac’s federal regulator is expected to boost their conforming loan limit by at least $75,000 next year, with a number of lenders already offering “conforming loans” of at least $625,000 in advance of an official announcement next month.