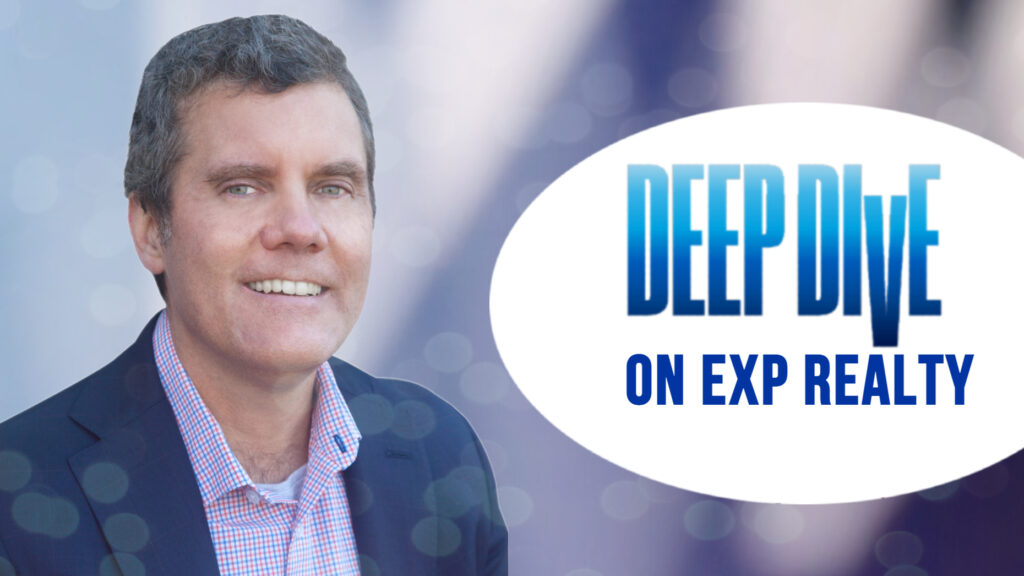 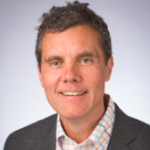 Gesing, who today is the CEO of eXp Realty, joined the company back in 2013, just four years after its founding. In the time since, the company has made a number of pivotal acquisitions, grown its agent count to more than 65,000 — a jump of more than 10,000 compared to this spring — and weathered a global pandemic. Gesing has been at the helm the entire time, giving him a front-row seat to some of the most important real estate trends of this generation.

This week, Gesing is spending time in Las Vegas for EXPCON, his company’s first major gathering since the pandemic began in the U.S. last year. In advance of the event, Gesing spoke to Inman about eXp’s performance, why his company is growing so quickly, and his optimistic vision for the future.

We’ve just been through a crazy year and a half. What do you think we’ll see in the housing market over the next six months?

I think the housing market is impacted by the job market. It’s impacted by the cost of borrowing money. I just saw the jobs report come out. More than half a million jobs were added, which is a pretty strong rebound from previous periods. So that’s encouraging.

I think, from our perspective, there’s still such as shortage in housing units. There’s still a great deal of demand. I think price appreciation will taper, but I still think it’s going to be a pretty healthy market for the next six months.

EXp is growing quickly. What accounts for that rapid growth rate? How are you attracting new agents and teams?

First of all, we offer some things and introduced some things that were unheard of before eXp. Specifically, public company ownership for agents just for doing the work they’re going to do anyway. I don’t know if you were on our earnings call, but this really to me was the turning point for us, where we really started to see our growth accelerate. So, agent ownership is a big reason.

With eXp, that brokerage owner now is able to dispense with all of the things that he or she doesn’t like doing. And they can focus on doing what they like to do. For some of them, it’s going to be a return to sales. For others, it’s going to be leveraging their network and credibility that they’ve built up over the course of their career. And if they do that, particularly for the brokerage owners, they can now expand into any of the markets we’re in without that up front cost, without the risk.

So that’s a big deal.

On the teams side, we create a seamless opportunity for teams to build into other markets. They don’t have to go and negotiate with a franchisee in a different state or figure out what the additional dollars are they’ll have to pay. Everything is consistent at eXp and it makes it really easy to expand geographically.

I think in the last 12, 18 months we’ve also done a really good job focusing on things that our agents need. Healthcare is the one that jumps to the front for me. We’ve had agents join the company specifically because they needed healthcare. The agents who are part of our healthcare plans right now, they’re saving on average about $8,000 a year. They can pour that back into their business.

We’ve heard from people who previously were going to have to make the decision between paying the electric bill or buying groceries for the family and paying their healthcare premiums. Now they don’t have to make that choice and they’re getting care that is as good, if not better, than what they were receiving previously.

You mentioned agent ownership of the company, and when I’ve spoke with agents that has indeed been attractive to them. But I’ve also occasionally seen people criticize the idea that now agents don’t have to sell. Or, that some of these compensation packages actually detract from agents focusing on what they’re supposed to be doing, which is selling real estate. So, now they’re trying to recruit or they’re trying to get stock options. What do you say to those critics?

For the average agent who sees the comp model and goes in there and says, “I’m just going to go in and recruit,” more often than not they’re not going to succeed because they don’t have the sales background, the sales pedigree.

The notion that agents don’t have to sell at eXp is mythical. The truth is our comp model — and I think you’re referring to revenue share dollars, which would enable somebody to have a path that doesn’t include selling — that only works if people are selling. We don’t pay revenue share unless there’s production.

If you look at our filings over the last little bit, generally speaking our rate of revenue growth outpaces our rate of agent count growth. Which to me means we’re getting productive agents.

We just had a guy join who does $200 million in a market in Arizona, with a 12-person team. And he made the move over because eXp puts agents first. He found out about us because somebody else in his market joined. And he pointed to things like healthcare and the opportunity to own a stake in the company. Things that he couldn’t provide but that he wanted to provide because he wanted to reward his team members.

Talk to me about the future of teams versus brokerages. In the past there were a lot of brokerages and franchises, but now we’re seeing the rise of super brokerages like yourself, and then teams working almost as quasi-brokerages within that larger brand. How does this trend play out?

I think people will continue to gravitate toward serving the needs of teams and trying to bring teams in.

With franchises, it’s difficult to pivot quickly when you’re part of a franchise because you’ve got these independent owners and operators that really have to get on board with what you’re doing. So when you need to make an adjustment in rapid time it can be difficult to do that because of the cumbersome and big structure you’re trying to mobilize.

Franchises and these other business structures we’re talking about have been around for a long time. Why are we seeing this change happen now?

I think franchisees are seeing the limitations of that relationship. They’re ostensibly working together, rowing in the same direction. But often times they’re in close enough proximity to another franchisee that they’re getting knocked out by someone who is supposedly on the same team. So you’re competing against your own. I think that can be very challenging.

For a very brief time I actually represented franchisees as an attorney. I’m yet to meet a happy one.

The biggest news recently has been the end of Zillow Offers and Zillow’s iBuying program. What’s your impression of that news?

I was on a call with the folks at T3 sometime during the pandemic. Might have been about a year ago. My comment then was that when a company that, by its own admission, is off by 20 percent on the Zestimate, you scratch your head and wonder how are they going to keep up with the changing price dynamics. So I guess it doesn’t surprise me. And it further validates our iBuyer platform, which certainly in relationship is thriving.

We’ve got almost 7,000 agents who are certified in the Express Offers platform.

When it comes to iBuying you have dedicated iBuyers like Opendoor. And then you have folks like Redfin, who have said they don’t think iBuying is going to be huge — though it will continue to be a part of what they offer. Talk to me about this spectrum. Is the Redfin model the future? Is Opendoor philosophy the future?

I tend to agree that it’s not going to be a huge part of the market. However, our customers are our agents. We’ve always been clear about that. And what this does for us is it allows our agents to go to their sellers and say, “we’ve got this option for you over here. If it doesn’t work out we’ll go and we’ll list the property.”

So the leads that come in on Express Offers, ultimately 95 percent of the time it’s going to turn into a traditional listing rather than an iBuyer transaction. But I think it really opens the door for additional and more in-depth conversations. So it offers added value that most brokerages don’t have.

Talk to me about EXPCON. What are you excited about?

For me EXPCON has become one of my favorite times of the year. I think for a lot of our agents that’s the case. Agents want to be around people. Every time when we do one of these events, it just really refills the tank for some people who enjoy seeing their fellow agents, their fellow shareholders.

We really put our agents at the center. I love agents because they’re such positive people. I’ve never come across a group of people who are so glass half full. You leave that event, you leave EXPCON, and you have more energy than you’ve had in six months.