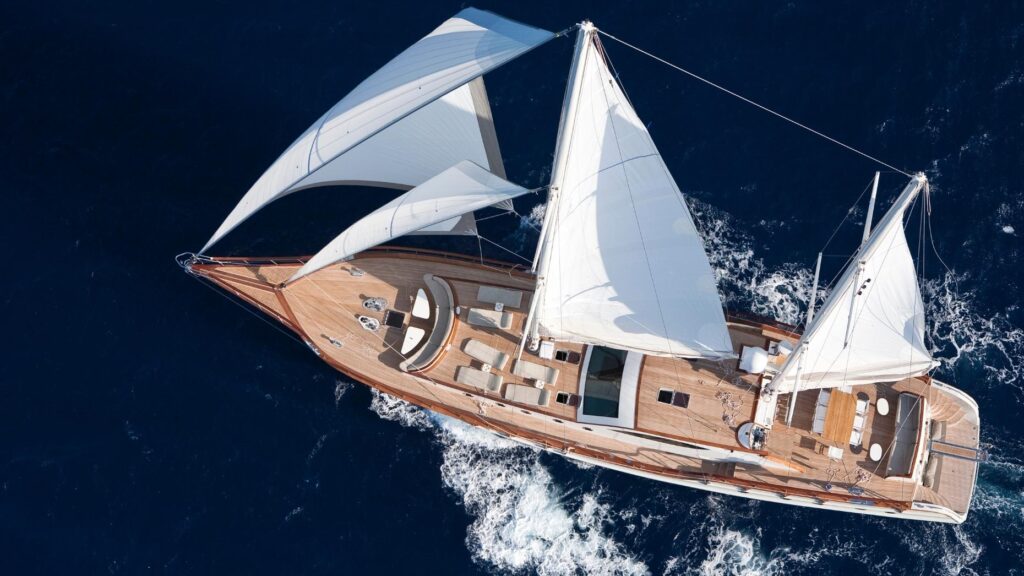 Back in August, Jay Thompson spent three weeks in the middle of the Pacific, confined to a 72-foot boat plowing through waves in an impossibly large ocean. Here’s what he learned on the epic adventure — about people, real estate and life.

Jay Thompson is a former brokerage owner who spent over six years working for Zillow Group. He retired in August 2018 but can’t seem to leave the real estate industry behind. His weekly Inman column is published every Wednesday.

Welcome to my 150th Inman column! To celebrate this little milestone event, I’m going to write something different, and somehow tie it into real estate. Hopefully.

Back in August, I spent three weeks on a 72-foot sailboat, taking part in an epic adventure. Departing from Honolulu, Hawaii, we sailed over 1,000 miles due south to the Palmyra Atoll, anchored in its incredible lagoon while we snorkeled and explored some of the most pristine and remote coral reefs on the planet.

Literally in the middle of the Pacific Ocean, Palmyra is part of the largest protected marine sanctuary in existence. It’s almost impossible to describe the beauty. “Paradise” was the most frequently used term, and honestly, it was like being in a National Geographic documentary. After five days in Palmyra, we hoisted anchor and sailed back to Honolulu.

This was no pleasure cruise. There was a three-person, all-female crew of professional sailors and six paying guests, all of us participating as crew members. We stood watch shifts 24/7, sailed the ship, scrubbed the decks (and heads — aka marine toilets), prepped and cooked meals, and did everything necessary to sail a boat over 2,000 miles in the open ocean.

Strangers before we boarded the S/V Sea Dragon, we learned a lot about ourselves and each other. I’ll carry amazing memories for the rest of my life, and I have eight new friends who shared this once in a lifetime experience.

What I learned about people

A 72-foot boat may sound like a pretty good-sized boat. But put nine people on it, and suddenly, it becomes rather small. Our bunks were not much wider than my shoulders, and if you could have seen me trying to crawl up and over one bunk to get into mine — without killing myself or the guy in the lower bunk — you would have laughed out loud. I think I only stepped on Tim twice, which is a minor miracle.

Living in close quarters, working four- to six-hour rotating shifts all day and into the night, in the hot and steamy tropics, with limited shower facilities, makes for lots of gross, sweaty bodies. We stank.

But we all stank, so it wasn’t something you really noticed. What we all quickly noticed though, was the need for teamwork. To help each other — frequently. Whether it was hoisting a sail, trying to stay upright in high seas or passing a bucket to the seasick.

Fortunately, I made the entire trip suffering no sea sickness. Some were not so fortunate and retched for a few days until their equilibrium adjusted. They were miserable, and us fortunate ones did whatever we could to help them.

While their head was in a bucket, we took on extra work, gave them a pat on the head, handed them crackers (which were often deposited straight into the bucket), and sympathized and empathized with them.

The sea sickness only lasted a few days. (“ONLY?” One of those suffering would say. “I thought I was going to die.”)

This was my first lesson relatable to real estate — everyone reacts differently when placed in a new situation. While I was exhilarated with the nighttime skies, the sunrises and sunsets, and getting to know my new friends, others were miserable and wondering why they ever signed on to this voyage.

I used to work with a wide variety of clients. Some loved everything about the buying or selling experience. Others hated most or parts of it. Everyone is different.

Empathy matters, and it’s important as an agent (and human) to understand people are different, and they experience things differently than you might expect. Remember that when working with clients, particularly first-time buyers and sellers.

What I learned about myself

On about our third day at sea, I stood my first midnight to 4 a.m. watch. If you’ve never been hundreds of miles from land in the middle of the ocean, you can’t understand how deep the nighttime darkness is.

While this makes for breathtaking views of the planets, Milky Way and stars, it also means you have to steer the boat into that abyss of darkness. It’s like driving a car down a freeway at night, with no street lights or headlights, and you’re blindfolded.

I took the helm around 2 a.m., and immediately my brain said, “Nope, this isn’t happening.” It terrified me. Something in my head was telling me I was going to kill everyone on board.

I freaked out, and it was such a strange, foreign experience for me. All the logic in the world was telling me it would be fine, that no one was going to die, and I should just steer by the compass — like everyone else seemed to have no problem doing.

There were only three of us on deck. The rest of the crew was below, trying to get some sleep in the rolling seas. All I could do was look at my two partners and say, “I can’t do this.” They both offered encouragement, which didn’t help, and immediately, they took the helm. I felt like a complete loser.

They, however, took it all in stride. They didn’t make fun of me. In fact, they acted like it was no big deal and just did what needed to be done. My watch mate Martin stayed on the wheel another two hours, which can be exhausting in twelve foot seas. All without a single complaint or even a hint that he felt I was an abject failure of a sailor.

Lesson No. 2? Step up when someone needs help. Get the job done. Don’t blame. And remember lesson No. 1: Everyone is different.

After a few more night watch shifts, taking baby steps and working with Martin and whichever professional was on watch, I got my head screwed on straight. On the way back to Palmyra, I relished sailing in the dead of night. Helping people get through rough spots is important in real estate and in life.

It would be easy to go on and on about the lessons I learned on this adventure. No internet or cell connection for three weeks sounds horrific to some — it did to me before we departed. Turns out it’s pretty glorious. I spend way too much with my face buried in my phone. We all need to spend more time looking up and seeing the world around us.

Speaking of that world, the 24-hour news cycle we live in can be depressing. It seems, justifiably, that the world is as my grandma used to say, “Going to hell in a hand basket.” There is so much that is out of our control, and I think that lack of control overwhelms people.

Having spent three weeks in the middle of the Pacific, confined to a 72-foot boat plowing through waves in an impossibly large ocean, showed me just how small we are, and how big, beautiful and wonderful our planet is.

You have a hard job. But you help people through a daunting process that ultimately makes their life better. That is a lot to be thankful for. So try to forget about what you can’t control. Remember how different we all are. Be helpful, be empathetic, help them steer.

Jay Thompson is a real estate veteran and retiree who lives in the Texas Coastal Bend, as well as the one spinning the wheels at Now Pondering. Follow him on Facebook, Instagram and Twitter. He holds an active Arizona broker’s license with eXp Realty. “Retired (sort of) but not dead,” Jay speaks around the world on many things real estate. 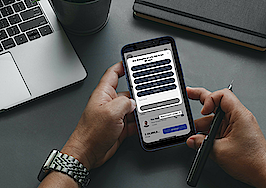 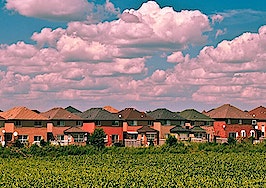